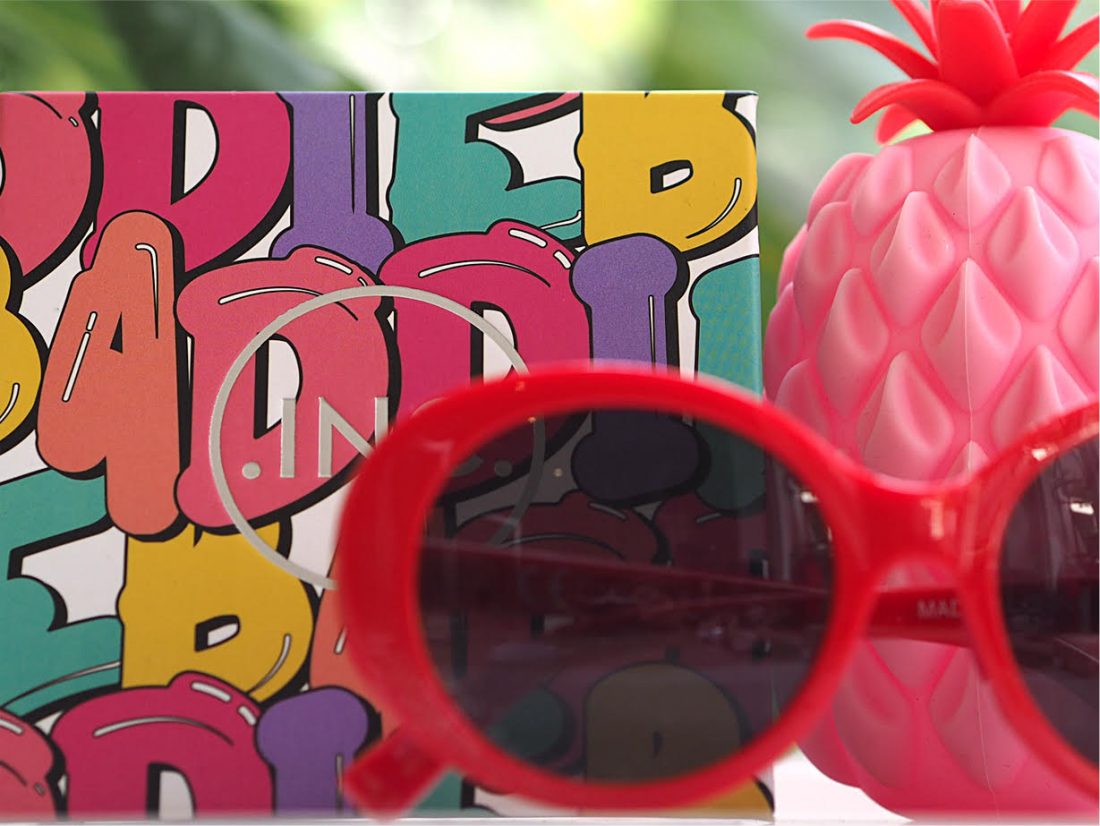 I honestly barely have words for how awful this product is, or for how big a shame it is that it’s so terrible. If you don’t know Baddie Winkie, she’s a 91 year old (approx) ‘internet personality’ from Kentucky who got her grand-daughter to show her how to upload pictures to Twitter. She was followed by Rihanna, got herself an Instagram account and over three million followers later, is doing her thing.

Her thing is leopard print leotards, feather boas, pink hair, red lips, fifties style bikinis, rainbow sweaters or actually whatever the heck she feels like on any given day. Age is definitely only a number for this lady who is joyously loving life, throwing expectations of ageing into disarray and generally being fabulously irreverent. Which makes it even more the pity that what should have been something celebratory and wonderful is just so dreadful.

I’ve no problem with the image – the colours you see on nails, lips and glasses are overspray which is ok to bring personality to the product. But…

..what an absolute mess. It’s a really long time since I’ve come across a product that is just so soft it won’t even hold to a brush – and I tried it with three different brushes of varying dimensions. There’s little to no actual ‘highlight’ other than a random spread of glitter particles – I don’t know how much you’d need to apply (and subsequent dust fall out) to get any of the implied colour to your face and as for the ‘rainbow trail’…. you’ll be lucky. It’s also dry feeling on the skin – the instructions say to buff and blend (buffing brush pictured) but the formula won’t hold and you’ll just end up covered in it. All I can say is, avoid, avoid. I wish MAC had done something with her!