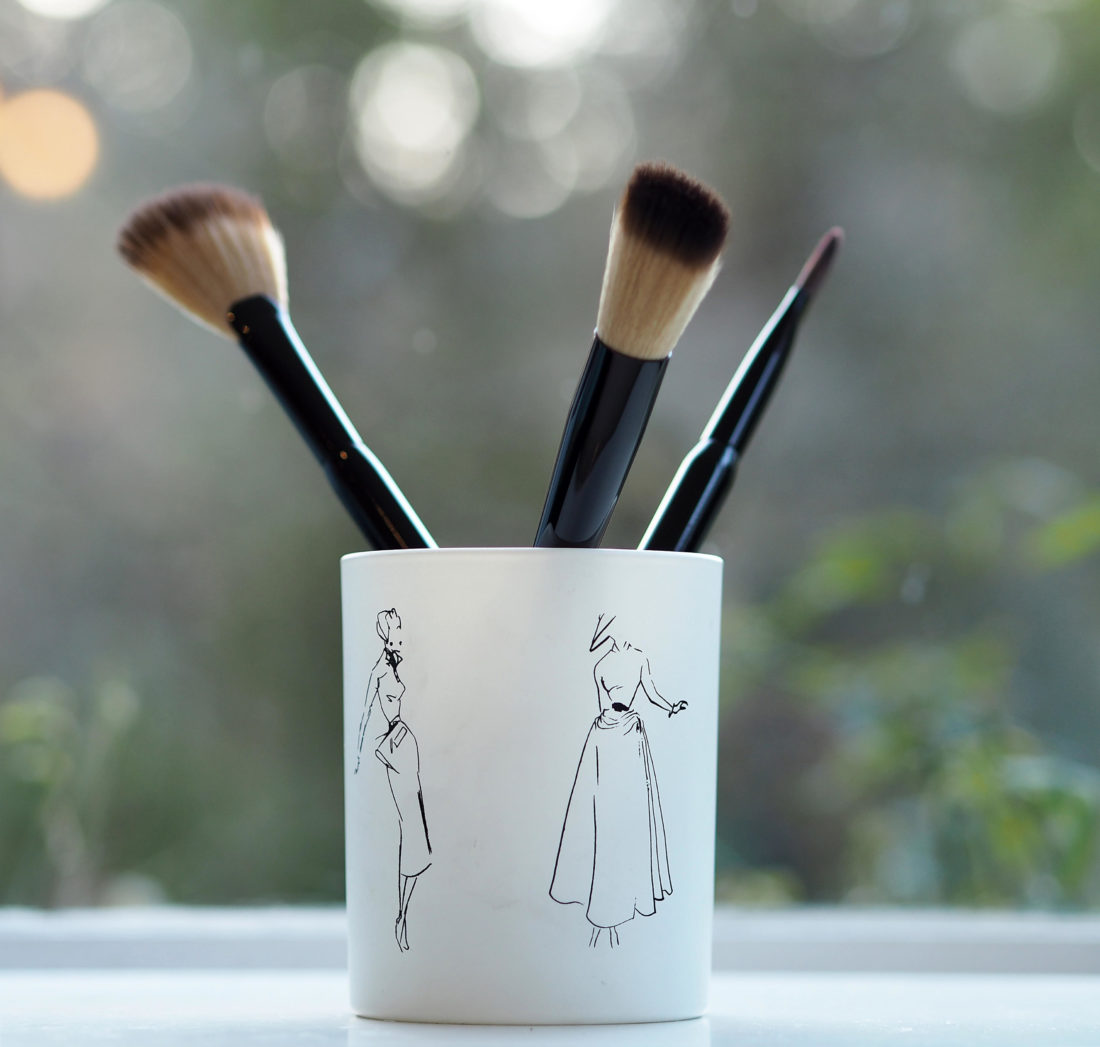 [unpaid/sample/affiliate/ad] The new vegan brush collection from Illamasqua launched a couple of weeks ago – with distinct pluses and minuses. The plus – highly tactile handles which isn’t something that I really notice particularly about make-up brushes but I did with these. As soon as they’re in your hands, they feel at home.

The fibres (and handles) are made from vegan materials (no information as to what that might be but usually it’s Taklon or Nylon) and in some cases, that’s an issue. While the Foundation Brush did a reasonable job of application, the Eye Brush pick up was very poor.

Similarly, the Fan Brush doesn’t really have enough fibres to give anything more than a whisper – although if you’re using for highlighter, that’s not so much of a bad thing if you want it subtle. I can’t tell if it’s supposed to be like that or not.

To give an example, I used the same pressure on the same colour first using the Illamasqua Eye Brush and then using a Zoeva Crease Brush – you can see the difference. The Zoeva brush is also synthetic by the way but a completely different fibre texture. The Illamasqua fibres don’t have any grab – they’re too slippy really which is disappointing as they’re not cheap. The Foundation Brush is £28, the Eye Brush is £22 and the Fan is £21. It is a ‘Pro’ range so perhaps in more experienced hands the performance is better but it’s a pass from me this time. They’re HERE, non affiliate HERE.