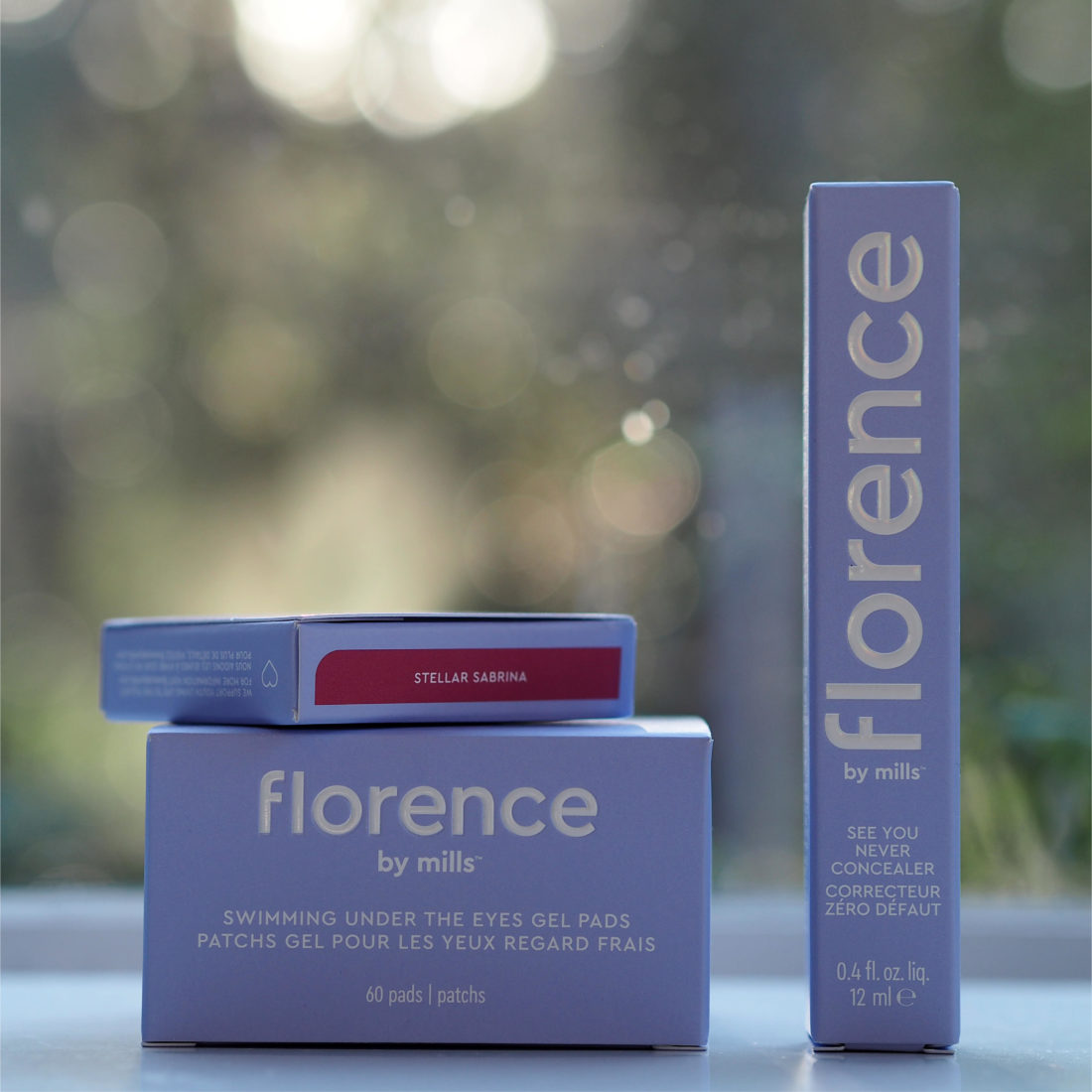 [unpaid/sample/affiliate/ad] This Gen Z focussed brand hit headlines this week as 16 year old Milly Bobby Brown (star of Stranger Things and Enola Holmes) bought the majority stake in her own beauty brand, Florence By Mills. Behind the scenes, the machine is headed up by CEO Paula Pontes (previously Estee Lauder, Glam Glow, Victoria’s Secret) who will ably see it diversify and expand.

You never do quite know how the finances of celebrity owned brands are shared out – often brand incubators or venture capitalists own the bulk interest in the brands which means they take the bulk of the money. Florence By Mills was founded in 2019 with the Beach House Group (incubators and brand builders for Kendall Jenner’s oral care brand, Moon, for example) but was heavily rumoured for sale in 2020 – a fast turn around by any standards.

I like the way that this acquisition by a 16 year old (and her family) sets an example for the very people it is made for. Maybe they’ll see that promoting other people’s brands on the ‘gram is a very short term gain and that laying foundations for the future rather than living in the now becomes a realistic aspiration. Social media is a hot bed of manipulation – on both sides – people come to it with the full intention of promoting other people’s brands for a fraction of what they make for the brands in the fleeting moments before the brands move on to the next influencer. I honestly think many don’t realise there are other options – that they can have an opinion, that they can say no and that if they’re doing a great job for brands, they can do a great job for themselves. Gen Z (16-22) isn’t so easily influenced – for every social media trend report that they spend the most amount of time on social media, you’ll find another to say they’re turning their back on it completely. What they do want though is brands with resonance – something that aligns with their own life and ethos (Florence is vegan and cruelty free – obvs) and speaks to them from a recognisable voice.

Because the background work on branding was done so well in the first place, Florence already looks like a brand in it for the long haul. Milly Bobby Brown loves whales – so of course there are whale facts and references everywhere, down to the Swimming Under the Eyes Gel Pads that are shaped like whales which subliminally reference environmental and animal welfare issues.

I mean, why are we saving these for Gen Z’s – I want them! Wasted on the age-group that is least likely to need their under-eyes hydrating :-). I positively like this brand for a number of reasons but not least because it doesn’t rely on unrealistic imagery or unattainability and is carving a distinct path through a pile of sameness. Oh, and there’s a lovely creme blush that’s age irrelevant – as pretty on one age as another.

This is Stellar Sabrina giving sakura vibes (£10.50 HERE reduced from £14) along with the palest concealer I’ve ever seen in F005. Non-affiliate is HERE.