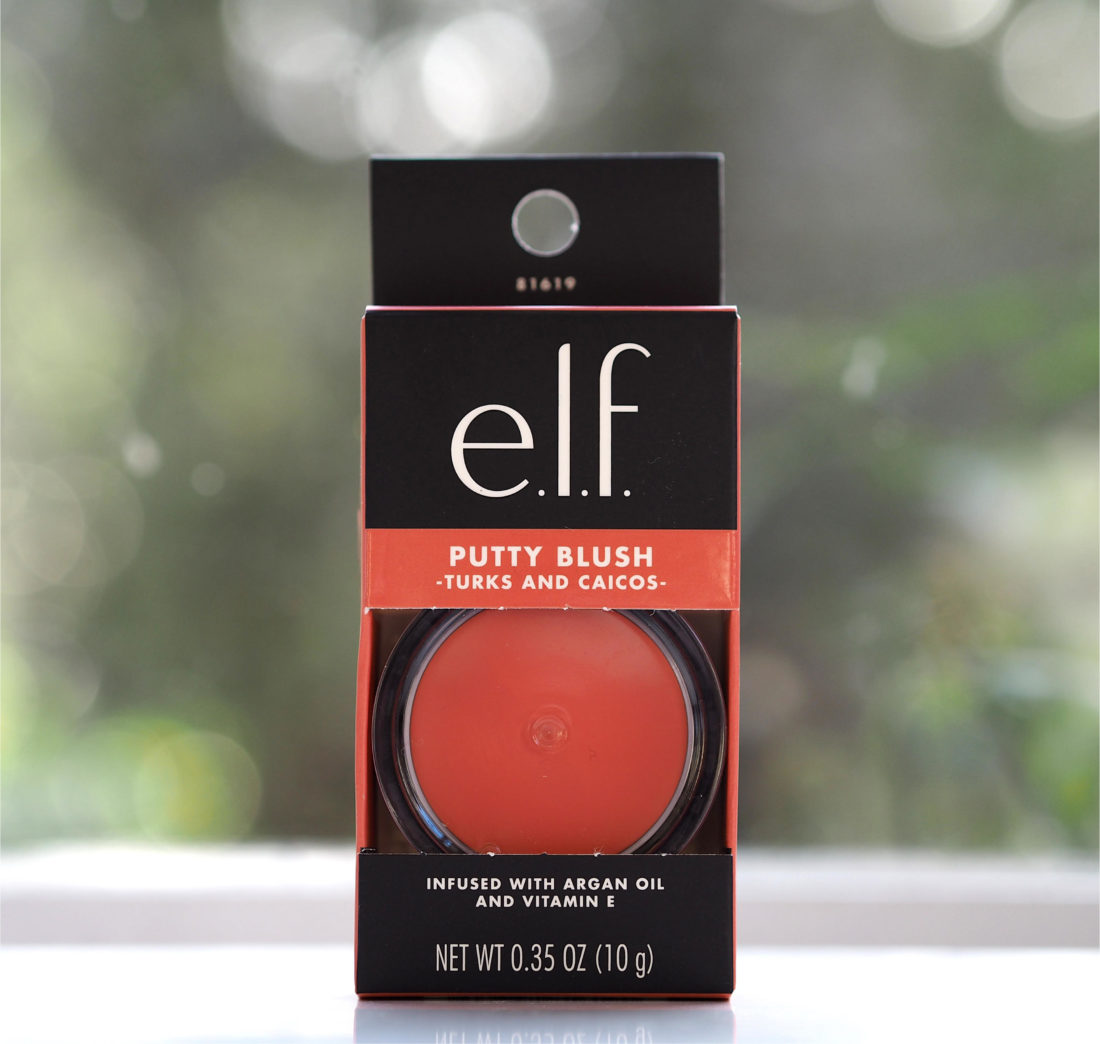 [unpaid/sample/affiliate/ad] Because the e.l.f. Poreless Putty did so well in creating smoother looking skin as a prep for foundation or even just bare skin, it looks like the brand has turned Putty into a whole category. But the difference is that the blush doesn’t have the ‘poreless’ element, just the putty element so if you’re expecting a similar smoothing effect over your cheeks, you won’t get it. However, if you like a cream to powder blush, this is a great performer at the touch of a finger tip.

I’ve got the shade Turks & Caicos here which is a coral shade that brings the face to life immediately. The texture is a firm creme – there’s no slippiness to it at all – that translates to a powder feel as you apply. Once on the skin though, it sort of melts to become easily at one with the complexion giving a semi-matte finish. Although, on me it’s not dewy exactly, but neither is it powdery looking so I think I’d call it a satin finish.

I think its got a bit of iridescence to it – just a hint of gold in the mix but it doesn’t say so perhaps it’s my face cream – but either way, you can’t really go too far wrong at £6. It’s a good stayer too, despite containing argan oil and which is the ‘putty’ element that allows the formula to grip to the skin without disappearing in a flash. I used my fingers to apply but you could as easily use a brush. It’s HERE in 6 shades – non-affiliate HERE.