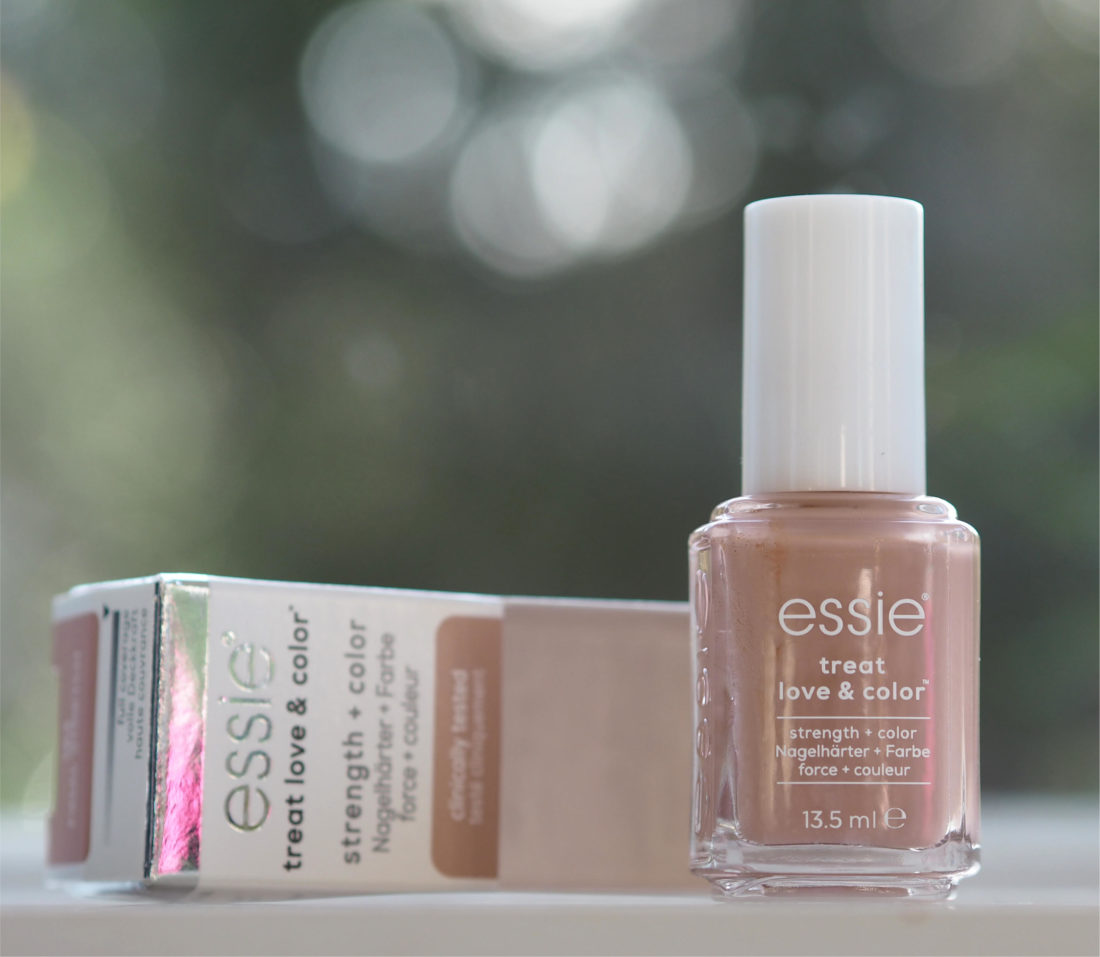 [unpaid/sample/affiliate/ad] Anyone who struggles with their nails especially during the winter months might want to take a look at the Essie Treat, Love & Colour which has upgraded recently to a purely vegan formula.

Given the apparent upsurge in nail polish purchases, these look like a safe bet for helping to prevent your nails becoming more dry. I’m applying oils every day and while my nails have improved a great deal, they’re still quite brittle and prone to snapping which is a sure-fire dryness indicator. Although it doesn’t feel particularly important that its become a vegan formula because even things like ethylacetate and dimethicone are vegan (and in the ingredient list) and I think perhaps the term is being used as a ‘natural’ or ‘healthier’ indicator in this instance.

However, partly because I’m influenced by the fact that clearly everyone is doing their nails and I’ve let my home manis slide I feel quite keen to get that pink shade on as soon as possible. It’s called Punch It Up. The neutral shade is Final Stretch.

The packaging claims stronger nails in 3 days which from a provable point of view is just too hard to unpack – I’m more seduced by the inclusion of camellia oil and calcium (but even then, how much that realistically benefits the nail is difficult to say) and that you don’t need a base coat. I’m keen to try it anyway because if it doesn’t make my nails worse, that is fine with me! There are 4 shades and they’re £8.95 each HERE, non-affiliate HERE.