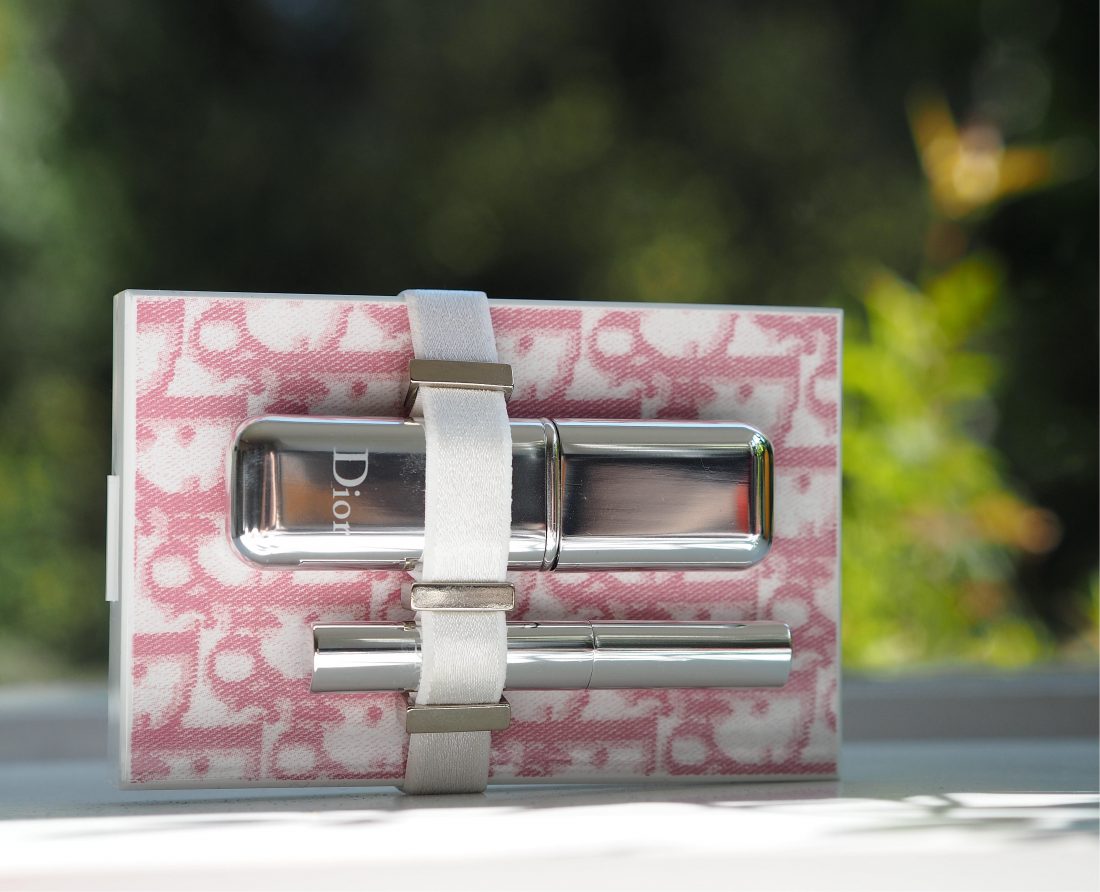 I had quite a few problems dating the Dior Girly Beach Palette. It’s so named because Dior released a bag collection called ‘Girly’.

The exterior features the traditional ‘oblique’ pattern and I’m going to assume it’s been turned pink for the ‘girly’ theme. Marc Bohan introduced this logo pattern in 1967 and it still appears in various iterations. At the time, there was a shirt in this pink toned pattern – bit much for me!

The two brushes came as a kind of elastic belt snapped around the body of the palette – quite a handy way to carry the relevant brushes (one lip, one blush) and once in, they’re very securely attached. A few years later, a new edition was released – Dior Girly Blossom – with flowers inserted around the oblique palette. The shade is 001 Beach Girl. The reason this is hard to date is because re-sellers actively don’t want you to know how old products are – I’ve seen this on US eBay for over $100.