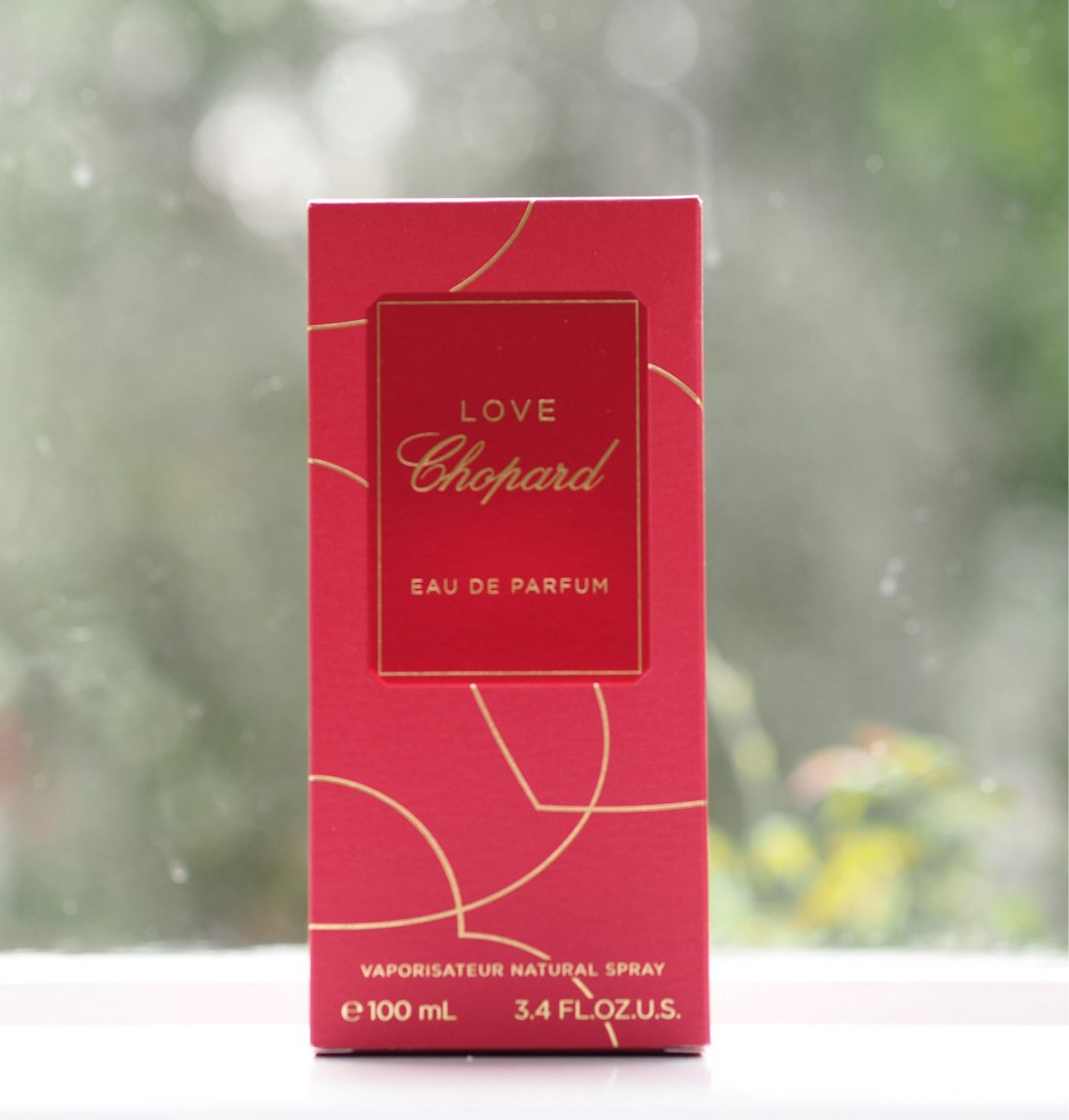 [unpaid/ad/affiliate/sample] I’m coming across some really unusual fragrances at the moment which are different and rather exciting. I don’t think I’ve ever reviewed a Chopard fragrance before so it’s new discovery for me too. My immediate impression, on spritzing Love Chopard, is that it’s complex. In fact, I hardly know how to start!

It’s as opulent as the bottle suggests with a lot of rose (Taif rose, Turkish Damascene, Bulgarian Damescene, Moroccan Centifolia and so on…. ) and they’re all BIG rose notes! There’s not, as far as I’m aware, a collective term for roses specifically, but if there was perhaps it should be a ‘joy of roses’ because that’s my immediate impression – joyful, energising and enveloping. But, behind the immediate rosy explosion, there’s something clean and tidy about it – soapy, almost.

After settling, the woody notes appear gently beside the sugary ones (honey, cocoa essence, vanilla, tonka and brown sugar) and it lessens in intensity although I should think you’ll be able to smell it all day. Some notes, such as violet and cinnamon, are totally lost on me – it would take a finer nose than mine to winkle out those aspects from the enormity of flowers. So, it’s satisfying for rose lovers on many fronts – the initial bust, the gentler settle and the extended last. It’s the sort of fragrance that you’d buy immediately after spritzing without a second glance. The bottle exactly matches what’s inside in terms of voluptuousness. If you don’t like a rose fragrance steer very well clear but if you do… you’re in the danger zone! It’s £77 HERE, non affiliate HERE.