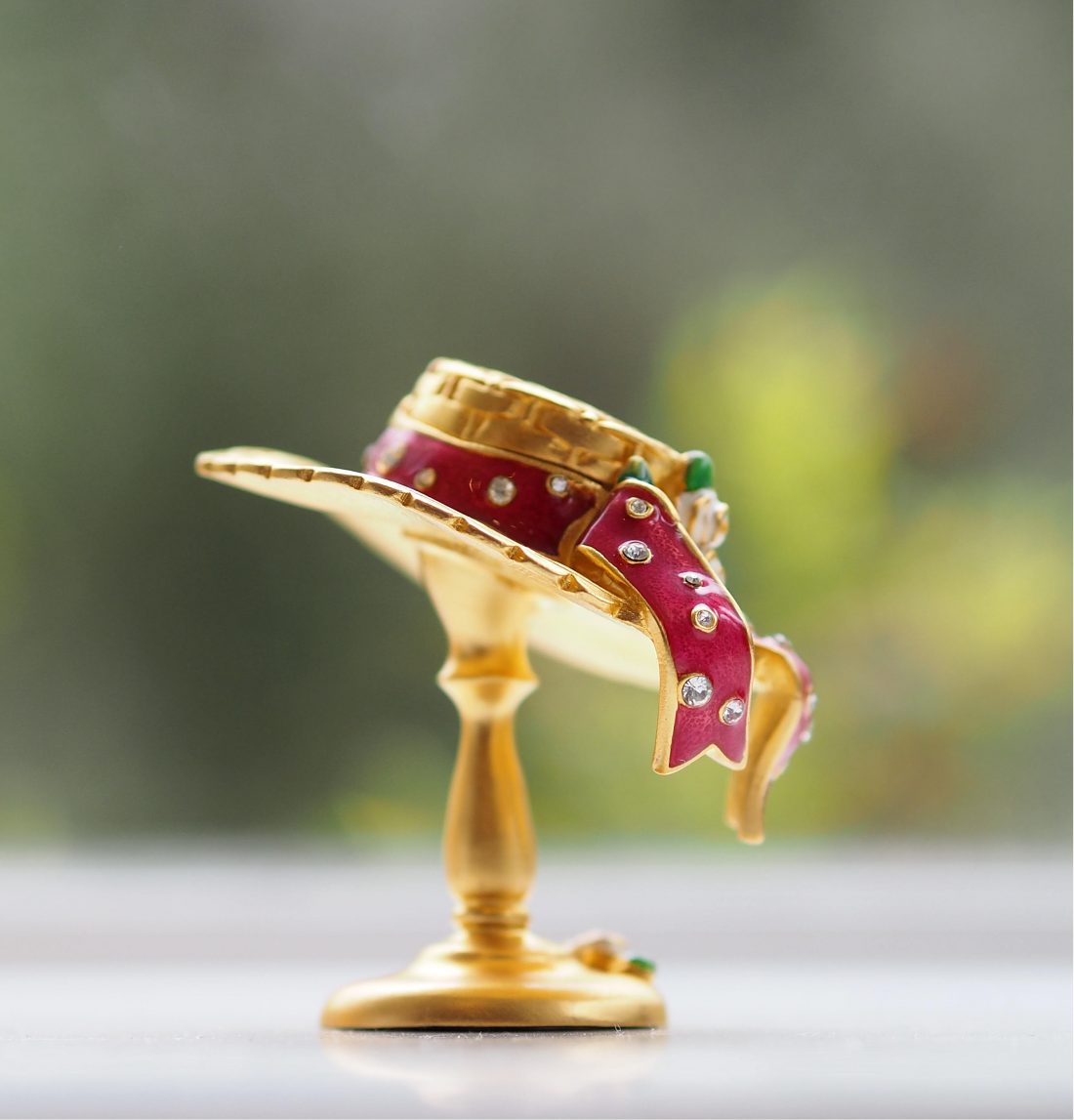 Monday seems like a good day to talk about these – as it’s Easter week, I’ve gone with the bonnet and top hat but I can’t say that they’re my absolute favourites. Again, I’m referencing the book, The Estee Lauder Solid Perfume Collection 1967-2001 by Roselyn Gerson which you can still pick up second hand (although it’s expensive) HERE. She had amazing access to the sketches by the Estee Lauder design team.

According to Gearson the development time for each solid perfume was around 18 months – designs would be sent to model making sculptors who would work on the fine detail in wax or clay before the final result was sent to the manufacturer.

This is Sun Bonnet from 2000 containing the Pleasures fragrance. At the time of sale it would have cost $75 and it came not in a box like the others but in a clear perspex ‘cloche’ with a pink ribbon tied round it. It obviously isn’t a popular one for collectors because I’ve seen it on Ebay for $44.

There’s a little rose detail on the hat stand as though a flower has fallen from the bonnet. Sweet. The fragrance is still alive and well inside although it’s discoloured and shrunk away from the edges a little bit.

A general trend across all the solid fragrances (other than very early models) is that crystals command more money! The fragrance in this one is Dazzling Gold and has deteriorated more than any of the others. The scent has more or less gone completely.

It’s the only one that has gone a bit green inside! The majority of Estee Lauder solid fragrances were made for the American market but some went to international markets with slight differences. The beehive in the top picture was covered in crystals but for the international market, the only crystals were on the bees’ wings with the rest of the hive being plain gold.