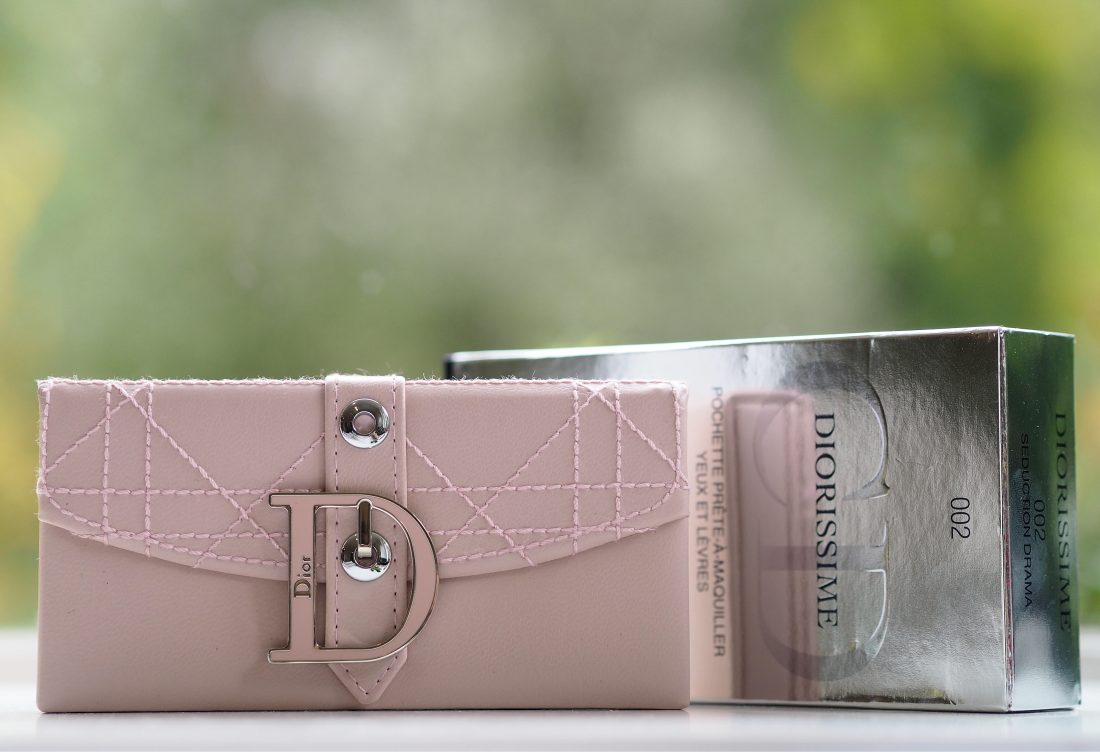 So this is a turn-up! I had never even opened the box for this bag inspired palette and for the life of me can’t remember why, so it was an absolute surprise this morning to unwrap it and discover this gem inside. I can only think that it would be when I was writing for Metro or The Express that it was sent for a feature that never materialised. The usual thing would be to send the product to the publication for photography – sometimes, if it was a more in-depth feature you would need two products (one to test and one pristine one to be sent off) especially if things were being shot in a group.

The detail is incredible – proper stitching with a metal detail DIOR ‘buckle’ and stud. It was hard to date this but eventually I found it on A Touch Of Blusher HERE which was one of my absolute go-to blogs back in the day as it was the only one that detailed what was happening in the Asian markets. It’s how I learned about brands like Jill Stuart and Canmake and I’m so happy that PJ is still writing it (since 2006). The great thing about doing this throw back collection is that I’m rediscovering favourite sites that I had no idea were still up and running – it’s a great pleasure.

The double ended brush/applicator makes sense when you realise that the first four shades are eye shadow and the last two are lip colours.

The colourway is 002, Seduction Drama, although compared with today’s palettes it doesn’t seem particularly ‘seductive’ – more of an every-day selection. The other palette, 001, was called Daylight Madonna. There was subsequently a more comprehensive palette in 2010, not dissimilar to this, that was $99, but I don’t have an exact price for it. It looks like the palettes you still sometimes find in Travel Retail but this was definitely available in shops as well.