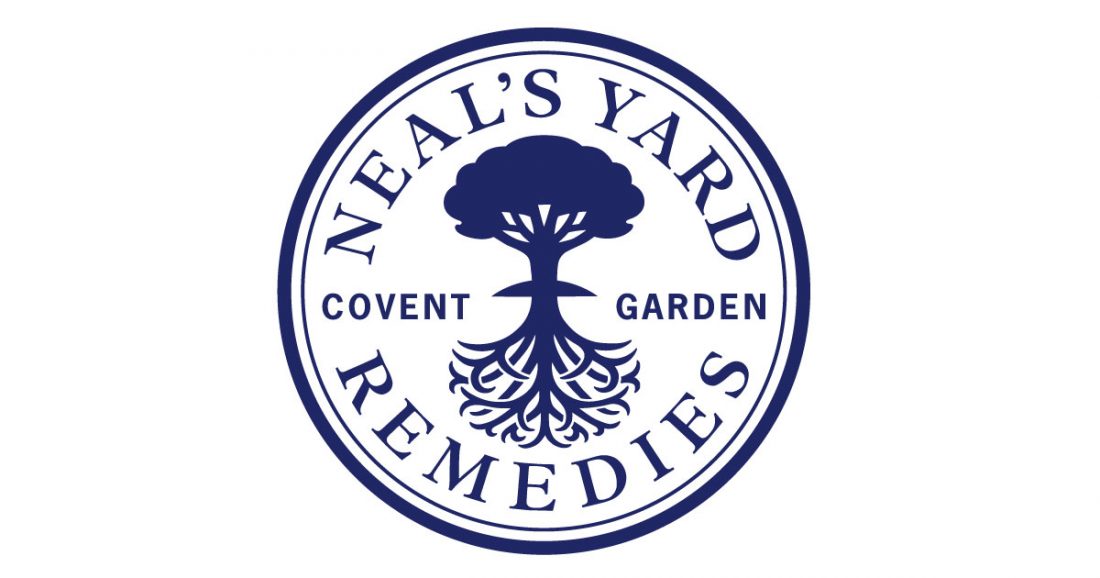 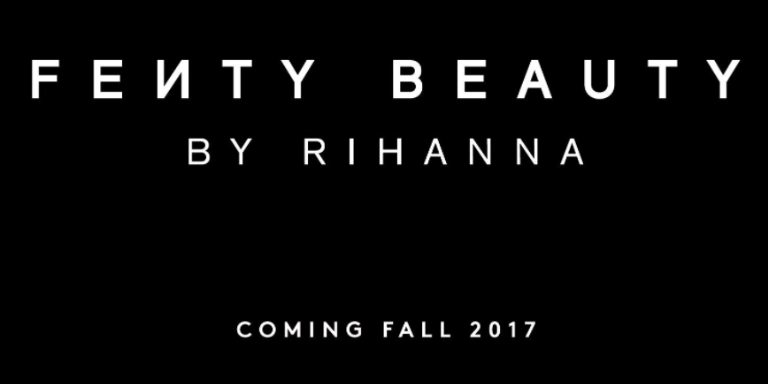 New Beauty Queens: KKW Beauty – Kim Kardashian’s new full beauty line is launching 21st June (presumably US) which means that she’ll be up and running before Rhianna’s beauty line, Fenty Beauty. The first Fenty reveal is a holographic lip product, which looks strikingly similar to the forthcoming line of Stobe Lip products from Huda. I think we’re looking at the new queens of beauty here – existing brands have a lot to worry about. I have heard that Fenty is going to Harvey Nichols on an exclusive. Kim’s first product is a contour palette and seemingly the model of the brand is to release one product at a time a la Pat McGrath. 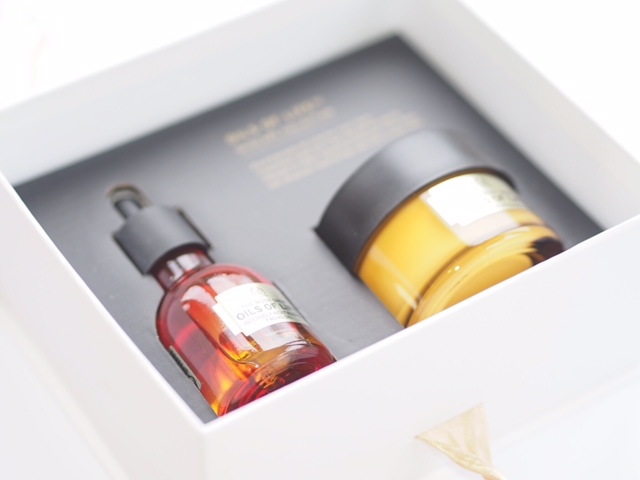 The Body Shop Update: Apparently, The Body Shop (L’Oreal owned) has received an offer of $1 Billion from Brazilian brand, Natura, the largest cosmetic maker in Latin America, who also has a 65% stake in Aesop. It seems like a good fit for The Body Shop – Natura is known for using natural products, promoting sustainability and social support. They’re known for using real women rather than celebrities or models as their ‘faces’. 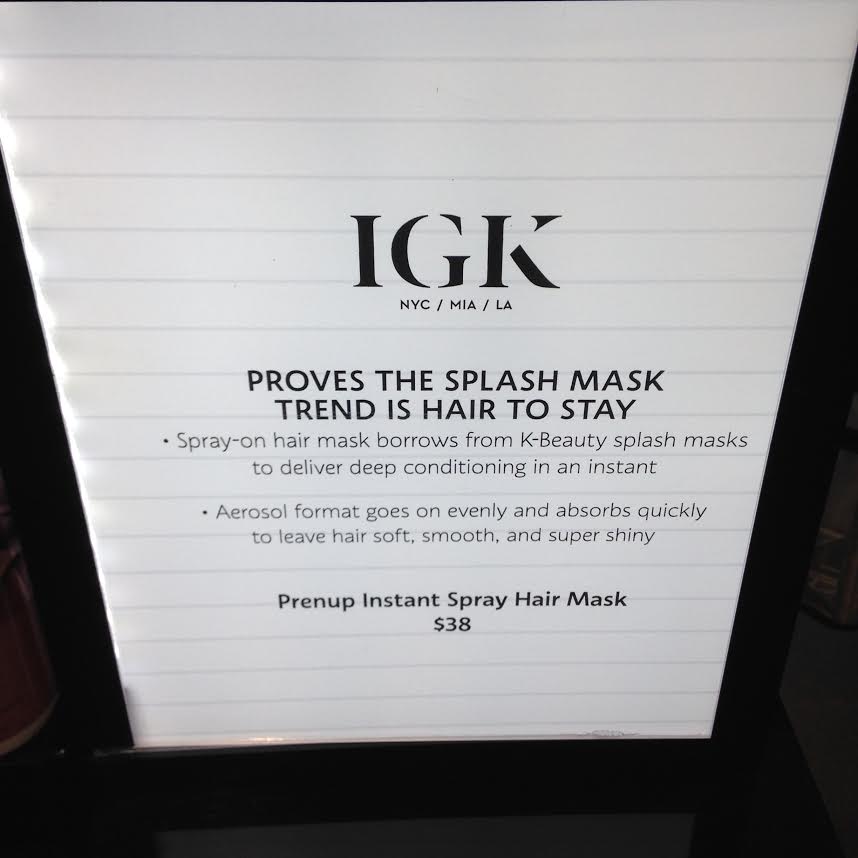 One To Watch: IGK Hair. A couple of years ago I was talking about Splash Masks in a Korean trend round up – it never really came to anything much but my lovely travelling friend, Tamara, sent me the above picture from Sephora NYC, of a Splash Mask for hair. It’s not a dry shampoo, it’s a 360 degree sprayable conditioner that you put on wet hair in the shower, comb through and rinse away. So, it’s a super-fast conditioning treatment. IGK is a very cool and innovative hair brand – they’re really doing things very differently and UK buyers must be watching it like hawks. 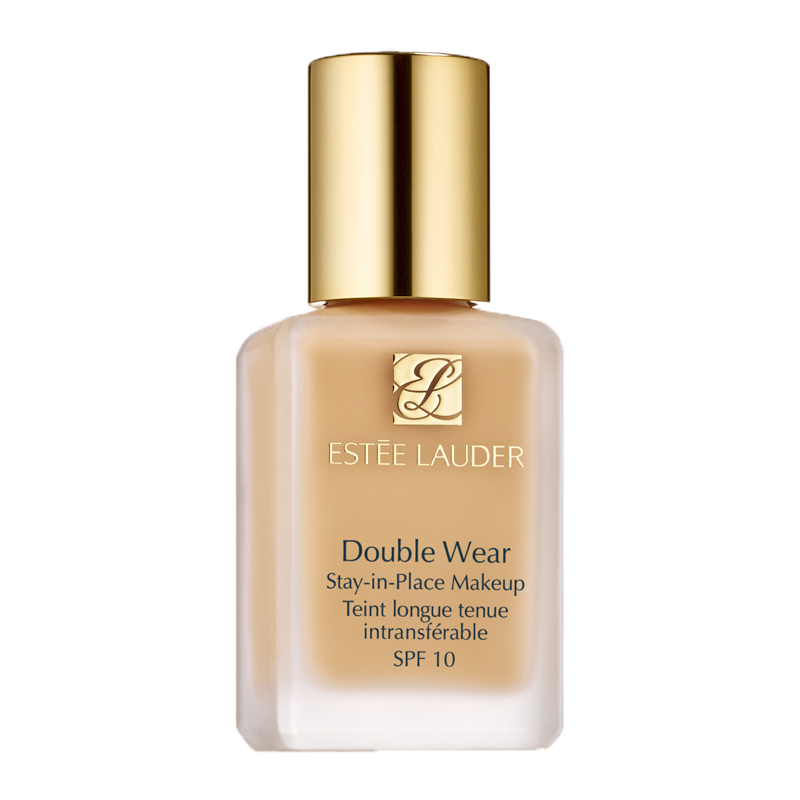 Supershoppers Reveal: The C4 programme took a quick look at the difference between dermatologically tested and dermatologist tested in beauty products. It’s simple: dermatologically tested means that anyone can do the test – they don’t need to be a dermatologist, and dermatologist tested means the tests have been conducted by a qualified derm. They also, with the help of Colin (@beautyscientist) drilled down what ‘clinically proven’ can mean. Any product can claim ‘clinically proven’ even though the results might not be overwhelming. In other words, any result might have been proven, but what is often not obvious, is exactly what is proven – a ‘proven’ increase in hydration, let’s say, might only be 2%. Estee Lauder came under the spotlight for ‘in vitro’ testing – bearing in mind that’s test tube testing, a product might be awesome in glass but not at all awesome on actual skin. Basically, in vitro means nothing at all. EL gave a very blah statement and wouldn’t give any further product testing details.

Neal’s Yard however, when questioned over their use of ‘dermatological testing’ said that their products are in fact dermatologist tested but they use the former label because they think it’s more the industry norm. They need to stop thinking their consumer can’t understand science! Finally, and awkwardly, B from Superdrug claim a 12% wrinkle decrease (although it’s not great, it would count as a ‘scientific’ result) on one of their products containing tetrapeptides on a leaflet inside the box. Turns out the leaflet was for another product entirely and leaflets have now been removed. The point being that it appears they did not re-test the efficacy of tetrapeptides in new formulas making the assumption that the ingredient would work in the same way as they did in older formulas. It might, or it might not, but in the interests of keeping the consumer informed it was a lazy cost-cutting exercise not to actually have correct information to hand. The upshot as far as I understand it is that the new formulas can’t really be claimed as ‘scientifically proven’. I’m very disappointed because as you know I love this brand.

A note from B:

“The Day Cream has had clinical testing – every product in B skincare range has full testing.

The leaflet they mentioned gave results for the entire B Restored range and gave highlights of the serum results BUT this was made very clear and there was no intention to mislead anyone, the leaflet was the same one which went into all the boxes within the B Restored range, a point which the programme did not make clear.  The Day Cream results were clearly given on the box. The leaflet was removed in January this year, way before the Supershoppers programme.”

Worth noting that the brand has sent me details of the testing the products have undergone. So I actually feel that B was misrepresented on Supershoppers.

Ikea Fragrance? Apparently so. They’re hooking up with Byredo, a quirky niche brand fame for their avant guarde perfumes. 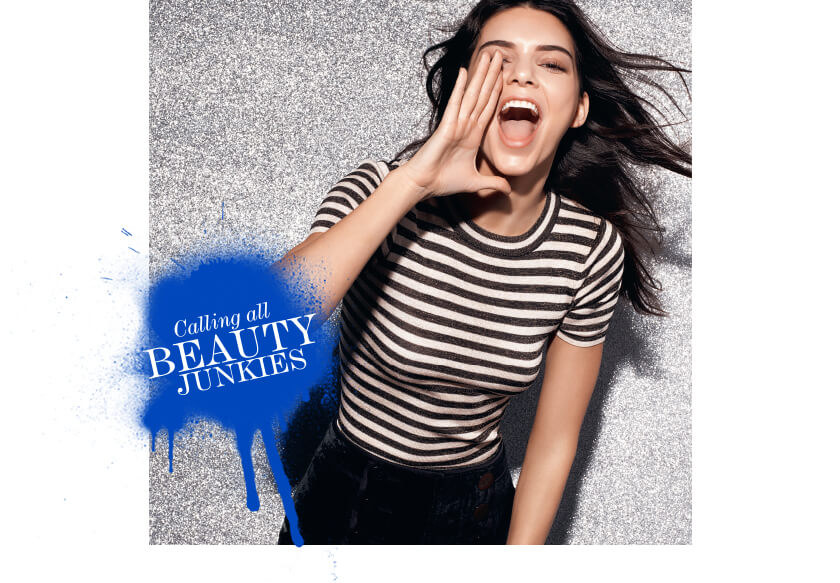 All Over For The Estee Edit. Lauder has called time on the Estee Edit which is now being ‘retired’. They forgot about their core audience, got carried away with ‘influencers’ and thought they had more sway in the market than they actually do. This is a very good example of the internal naval gazing that brands do in an attempt to yank millennials hard by their fishtail braids (although it was never clear with Kendall Jenner whether they were chasing Gen Z or millennials – or both), completely forgetting about their existing, loyal customers. Focus hard on what you do well and don’t listen to the digital roar trying to persuade you to do something you’re far less good at.

Any consumer focus group of core customers could have told them that, but Lauder is in the grip of a marketing frenzy and determined to be fancy. I’m exactly the right age for their consumer group (I have zero relationship with the brand on a professional level these days) and yet it feels like a lost brand to me and there was nothing about the Edit that ever made me feel like going to a counter. Millenials have zero brand loyalty (Gen Z even less) with less disposable income than their mums and the fact that Lauder gave up so quickly on this is an indicator of the retail landscape. I just keep hearing about how well brands are doing and yet, it just cannot be so. 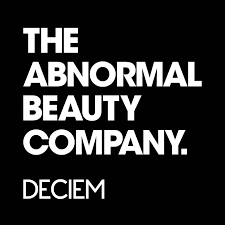 BUT… it was announced last night that Estee Lauder has taken a minority stake in Deciem, which falls into the affordable category and might be just the brand to being in the consumers they’re so desperate to court. Ironically, the whole concept of Deciem was to be ‘different’ and not be part of the big beauty machine – it just doesn’t look so much like the ‘abnormal’ beauty company now…. pretty standard actually.