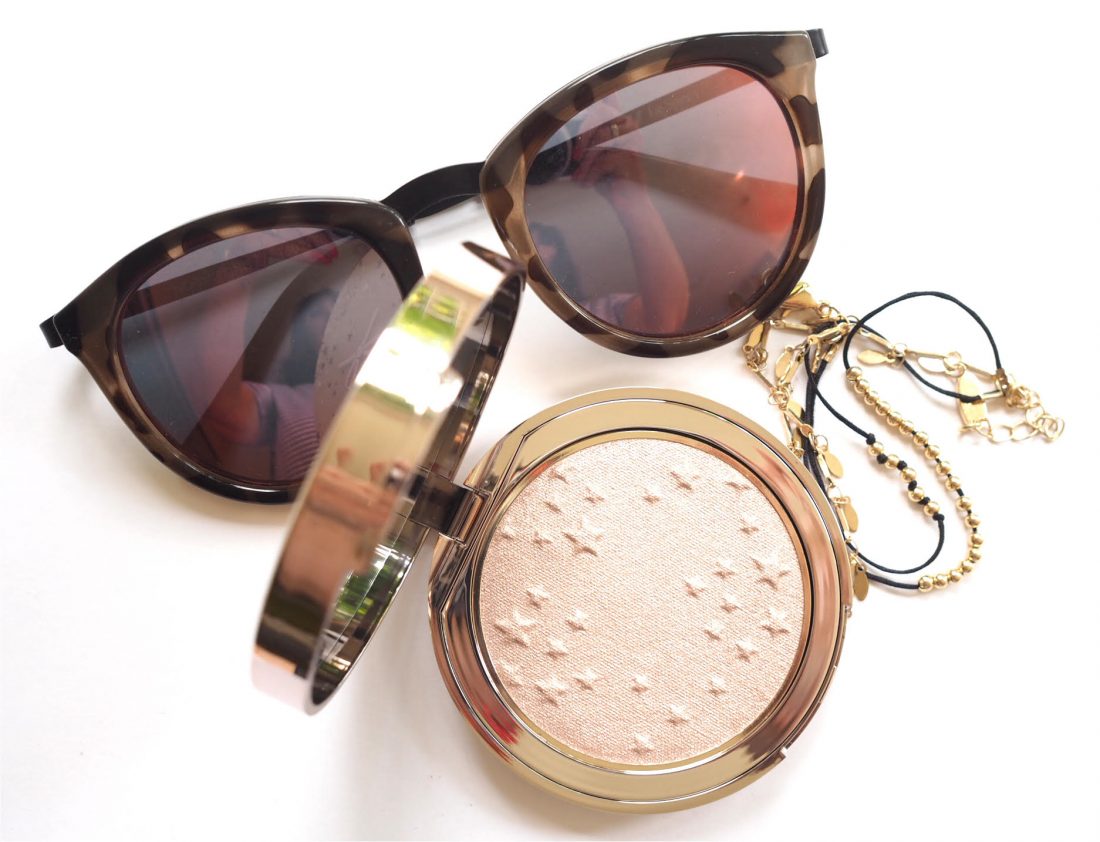 After the success of the new Glow-To blushes (the summer’s prettiest cheek products), along comes Ciate Glow-To Highlighters. Starburst and Moondust. They sound like rock star kids! Starburst is a champagne shade, while Moondust is more rose-gold.

This is a bit of a closer look at Moondust – it’s probably best for lighter tones because of the rosy element, but I love that they’ve just gone the extra mile and put some stars on it, making it so much more visually interesting. Actually, it’s been quite exciting following the Ciate journey – they’ve had a few mistakes and I don’t know whether there is someone new directing the creative, but it’s really stepping up. With so many highlighters and strobes on the market, products have to look different somehow – anyhow – to get space on already full pages and blogs. And it works. I’d rather have stars on my strobe than not. There are also stars in white, silver and gold on the compact lid and it makes it look very premium.

In terms of the formula, it feels silky and super soft – it gave a very nice diffusion when I tried it and with so many of the new strobe and highlight powders, the more you buff the more you glow so pick your best buffing brush to apply.

The swatch gives you a good idea of the shades but it’s not the best for the glow – the sun went in! But, I promise they buff to a beautiful sheen on the skin. I really like these. They’re launching today HERE for £26 each.