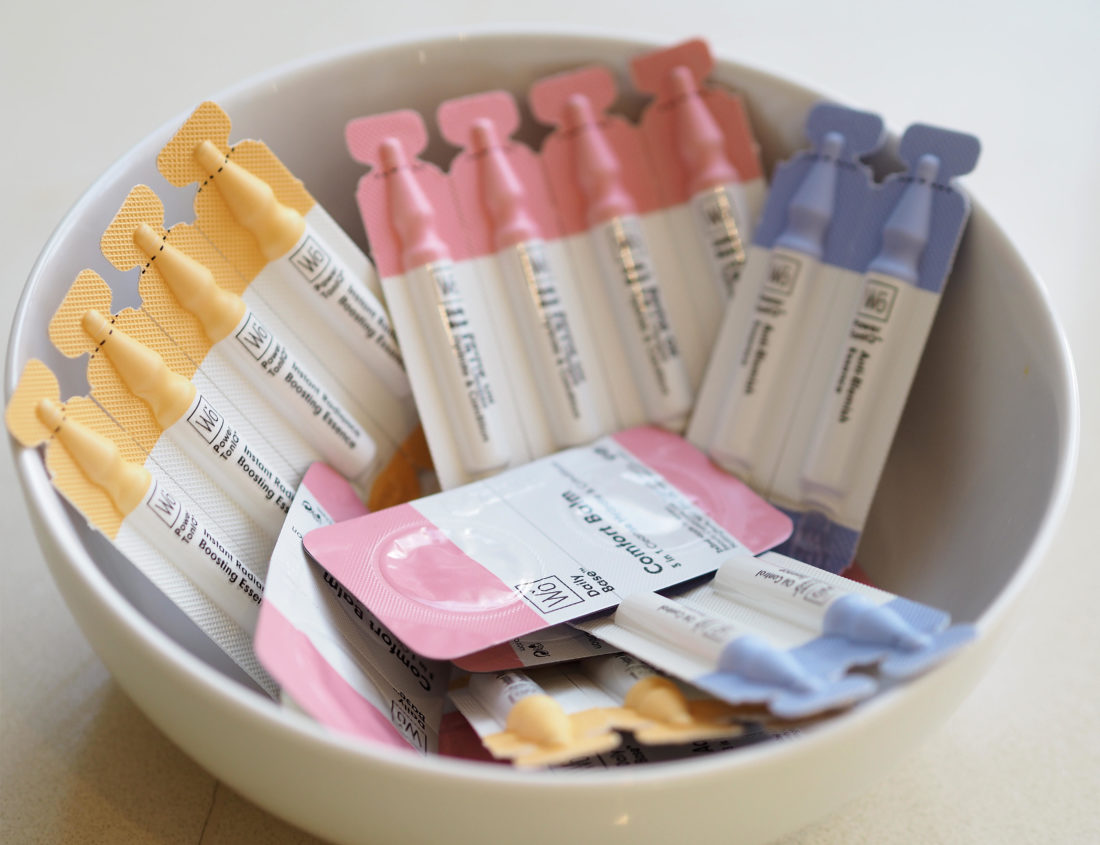 [unpaid/sample] When I was first approached about featuring this new brand I said no on the grounds that it looks complicated. In fact, it really couldn’t be simpler. My next reason was that it’s wasteful but everything is recyclable and most of the packaging is made from 80% recycled PET. My final ‘complication’ was the diagnostic questionnaire that I didn’t want to get dragged into – and yet it took all of three minutes.

The questionnaire, while quick and simple, including heritage and lifestyle, is the same as many in making assumptions about how we feel about our skin. Skin is only viewed as having problems – or about to have problems – with little to no recognition that you might like your face. The system works using daily doses – a base, and as many add-ons as you feel you have ‘problems’. In the diagnostic, I was advised the Revive Oil as my base, with Skin Tone Brightening Essence, Wrinkle Fighting Essence and Eye Contour Perfecting Essence. The first two are on point and address the issues I raised (pores, sun damage and smoothness) but I didn’t indicate any problem with ‘wrinkles’ because I never would and neither did I indicate any issue with my eyes. I am guessing these were included because of the age box I ticked – which is making assumptions rather than dealing with the information provided. I did indicate on brightness and the Instant Radiance Essence wasn’t recommended.

That said, many things about this range are tempting. I like the idea of getting into a 30 second routine that I could adapt as required – I could, for example, go for a base of Comfort Balm on days when my skin feels weather beaten or had the life sucked out of it by central heating. I’ve often berated these self-selection routines because they’re fiddly and encourage use of things that aren’t really needed but Wo has kept options to a minimum..in fact, only 15 products overall.  If I stuck to my diagnostic I’d have four separate items to apply which doesn’t seem any different to a normal routine, but I almost never use eye creams so in reality it would be three. In order to really have the pick and mix self-diagnose option you do need to buy quite a lot of products – and they’re pricy really, when it all adds up. But, it’s the first of its kind where I’ve thought I could get on board with it and perhaps enjoy thinking I could do with a burst of Intense Hydrating Essence and sploshing that on. Textures, by the way, are beautiful – lovely and luxurious. If I bought the things that I had been advised, the cost would be £74, with 28 doses of the Revive Oil and 14 doses of everything else – so it soon adds up if you’re using for any length of time. 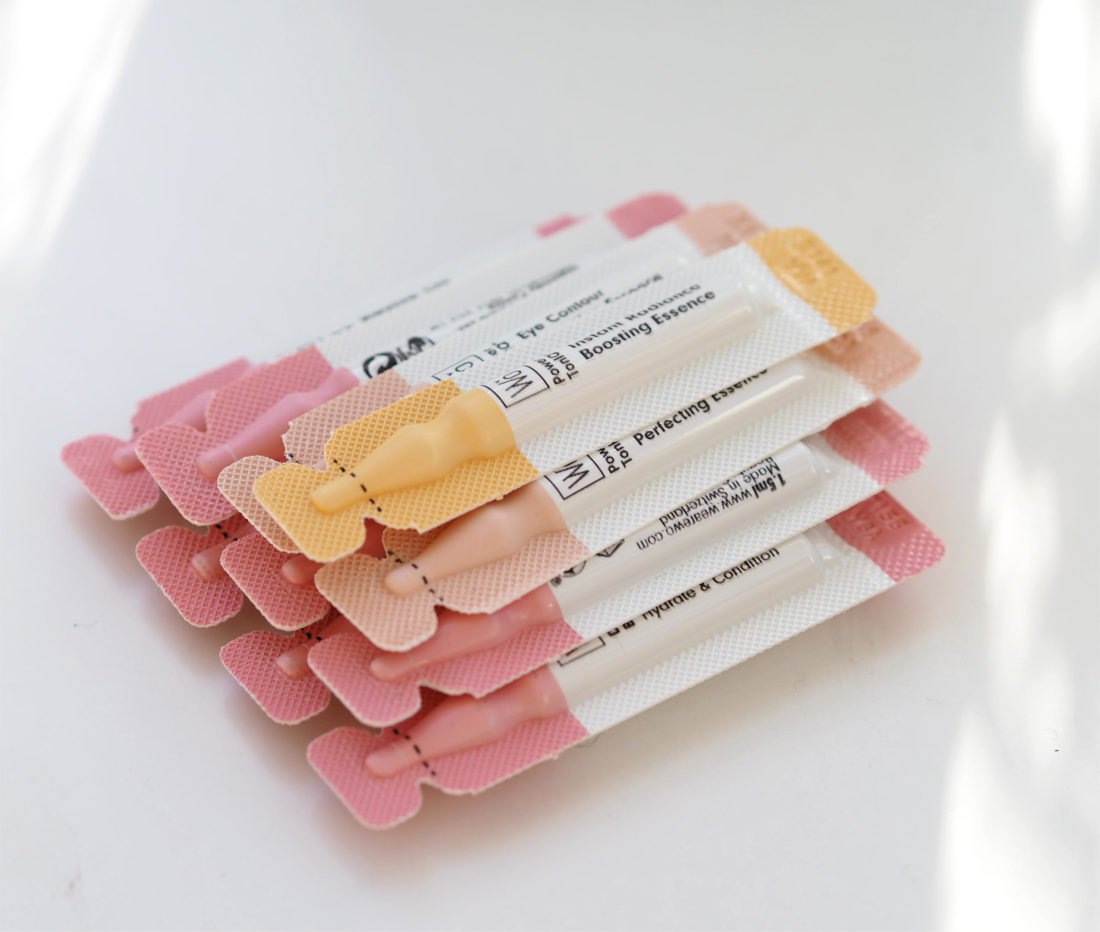 Mono-dosing that doesn’t do environmental damage has huge appeal – especially if you’re a frequent traveller. I’m saving mine to take away (should we ever get anywhere again!) because that instantly makes more space in that tiny plastic bag we are allowed. I don’t think I see myself adopting it fully but I am all in on the travel front. A few weekly travel kits might be helpful and also serve as try-me sets. Wo is HERE if your interest is piqued.