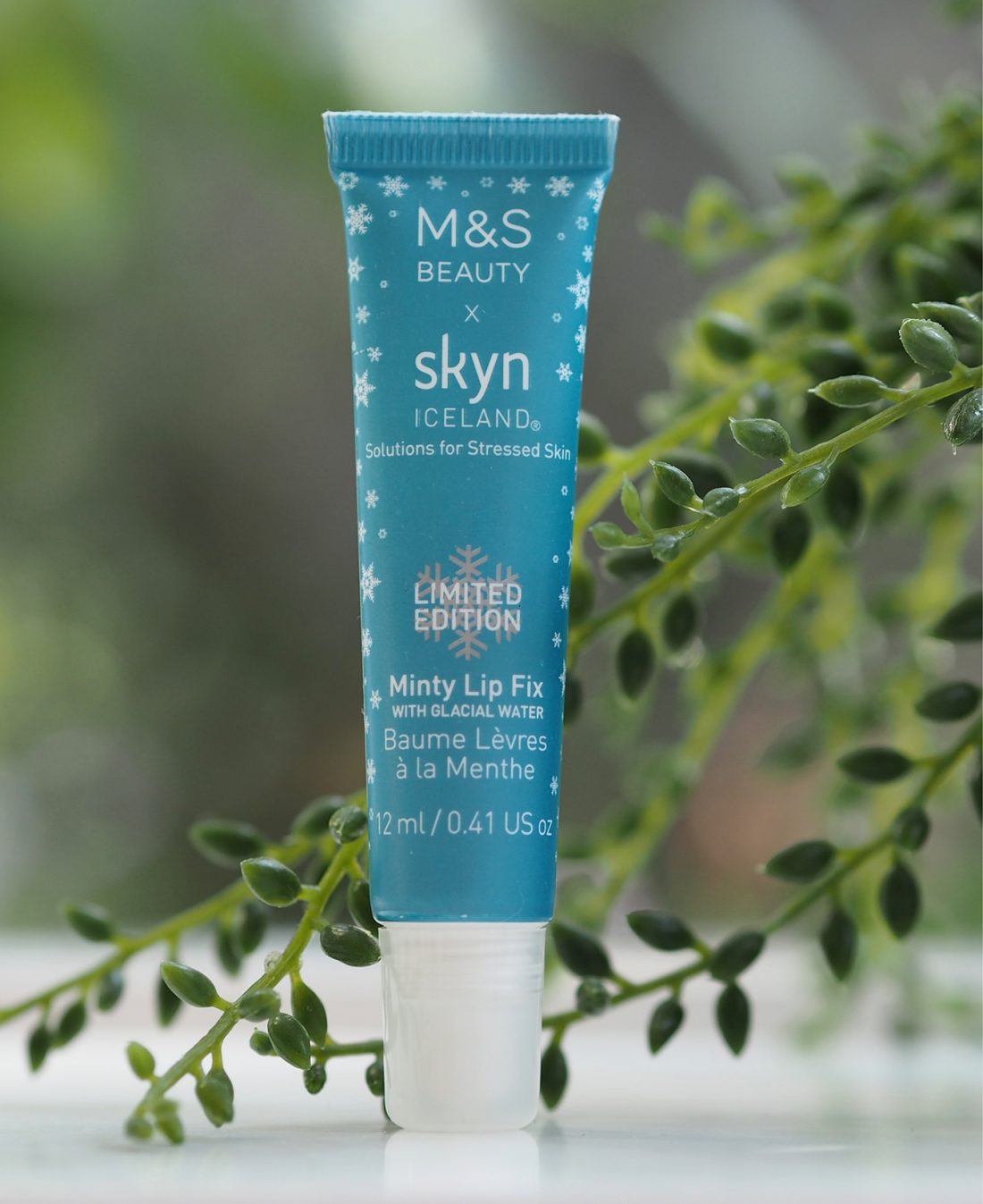 [productsample] So, this is interesting. It’s a minty balm from Skyn Iceland made exclusively for M&S and to appear in their advent calendar which launches on 31st October.

I don’t think I’ve come across a product exclusively made for an advent but I guess M&S quantities make it a viable option for the brand. I wonder if it’s a bit of an own goal – I’m sure there are plenty of people who would pick this up as a solo product – it’s a super balm. The Minty Lip Fix is well named – it sure IS minty! And, it’s not a sweet mint either – it’s a proper no sugar mint so you get a good blast of it, if that’s a flavour you like. It’s a low sheen balm (it made me think that men would like this too) that gives barrier protection and hydration. Ingredients include cloudberry and glacial water (I’m not a believer that glacial water in a lip balm makes any discernible difference at all) and the base is shea butter which is why it’s so nice feeling on the lips.

So, either it’s something to look forward to if you’re buying the M&S advent or it’s something to be irritated about because you can’t buy it as a stand alone product. I notice that Skyn Iceland has a Berry version which looks pretty good but I’ve never actually tried it. If the formula is the same and just swapping out mint for berry then you’re in safe hands with it. It’s got 20% off at Feel Unique HERE.