Nails Inc Are You Hot Or Not? Colour Change Nail Polish 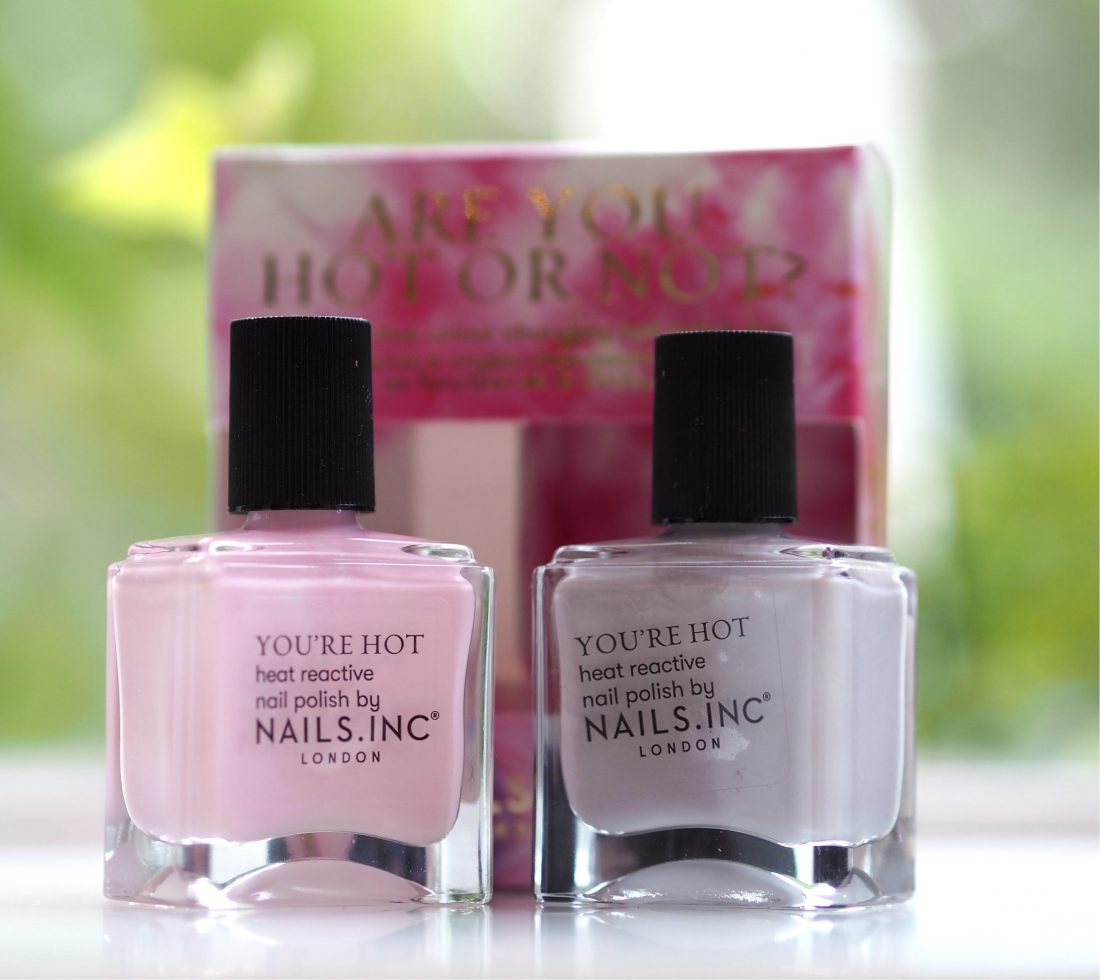 [unpaid/sample/ad/affiliate] Well, the news is that I’m not hot :-(. I’ve watched the video on the Nails Inc site of this in action and mine is nothing like it whatsoever. The colours are completely different and I can barely get a whisper of colour changing on mine despite running under hot water and sticking my hand in the sun for a short while.

I wonder if I’ve just been unlucky with the batch – the label slip is unusual for the brand. The premise is that a couple of coats followed by a top coat for shine gives you either grey or pink nails that react to heat. The Pink shade should turn white and the ‘dark’ grey should turn pinky nude but they’re resolutely not really any different to the shades in the bottle no matter what. Maybe they’re a bit more opaque than when you initially apply, but thereafter, I’m mystified. Especially as they have 5 stars in reviews.

You can see the slight tip change on the pink. In fact, that was the best bit – a little ombre pink tip appeared that looked lovely – but it went again in such quick time and hasn’t been back since!

The colours really aren’t as expected – there is so little difference between the pink and the grey and they’re both barely either shade. The video, just so I know it’s not me going completely mad is HERE if you want to take a look. The only thing I can think is that because it’s so intensely hot, maybe the colours have gone pale in the bottle so that the difference is scant in application – perhaps that’s it and that in cooler weather, the result would be more spectacular. It’s a mystery! They’re £15 HERE if want to take your chance, non affiliate is HERE.

Home › Nails › Nails Inc Are You Hot Or Not? Colour Change Nail Polish