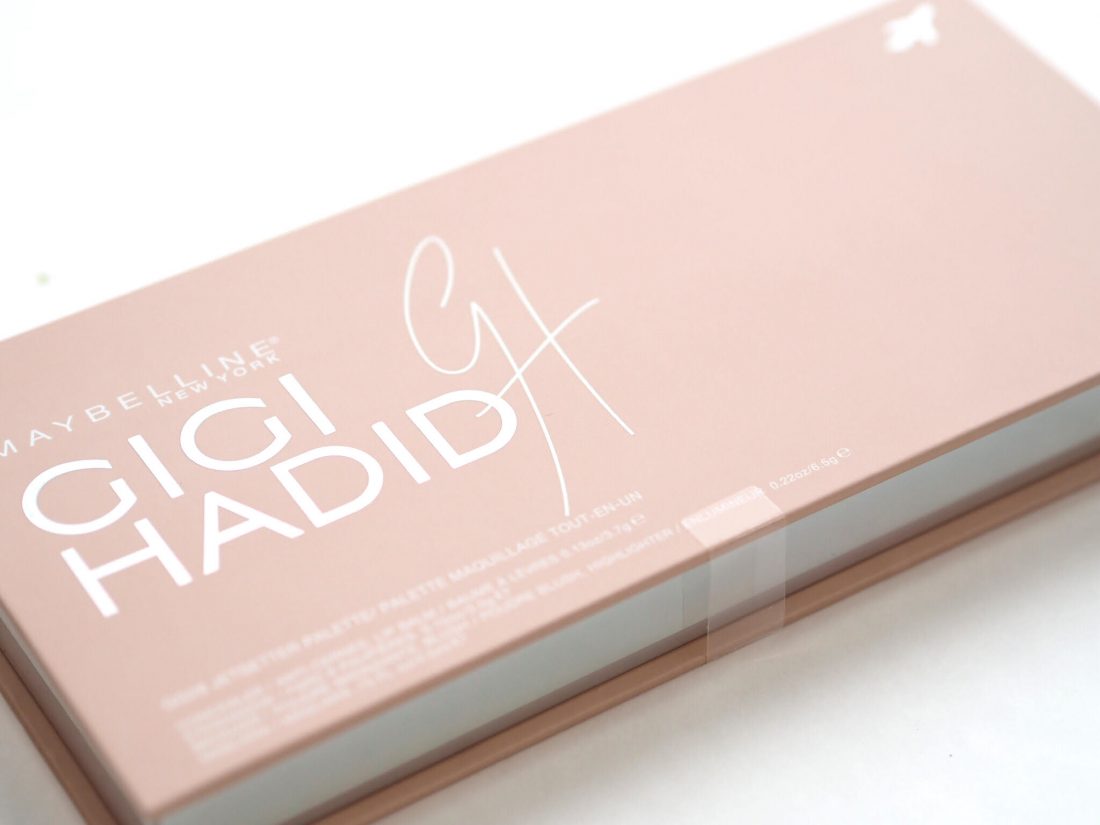 There are so many elements of this palette that are lovely – the colour-ways for a start are so wearable and very fresh. It’s supposed to be a travel palette, so it’s got all the right components for that including a mini mascara, and you’ve got eyes, lips and cheeks covered off.

But! There are issues with it. It feels as though it’s been rushed through without the time needed to get it exactly right. So, no problems with concealers which are creamy and smooth (obviously for lighter tones) and the two lip shades which are pretty and natural. It’s only when you go over the other side of the palette that things start to go wrong. The second eye shade down, a mauve/taupe shade – I really think there is something wrong with the formula.

I swatch everything using the same sponge tip applicators and use the same weight of hand for each shade – look what happened to this colour when I put the applicator to it! It is so soft – far, far too soft – that it can’t stay compacted together. I’m not heavy handed either and you can see the marks of the applicator over the other shades where that powdery buckling didn’t happen. I investigated a little further and found that the powder doesn’t stay on skin at all – it’s so dry and dusty that it falls away. What a shame – because I can’t fault the other colours in pigment or texture.

The second thing is the mascara. You can see in the original pictures that it’s not yellow! I thought you had to take the wrapping off but now I realise that the wrapping was an attempt to cover the original bright yellow packaging of Colossal and a very poor attempt at that. It’s wrapped in a plastic shield and isn’t at all obvious that that’s how it’s supposed to look. But if you left it, you’d feel you were using a mascara that still had its wrapping on. I mean, Lash Sensational is pink and would have fitted in nicely with no hiding needed. I reviewed the Gigi Hadid mascara in a separate post and really liked it.. without knowing it was Colossal! But, hey.. now we all know.

So, because I like the colour scheme so much, I was almost forgiving the mistakes, thinking that for £12 or so, one dodgy shade isn’t a problem. But, it’s £29.99. At that price, which I’d suggest is experimental for Maybelline, known to be cheap and cheerful but good quality, I’d have to say not worth it. Absolutely not. If it pops up for half the price after Christmas, maybe.