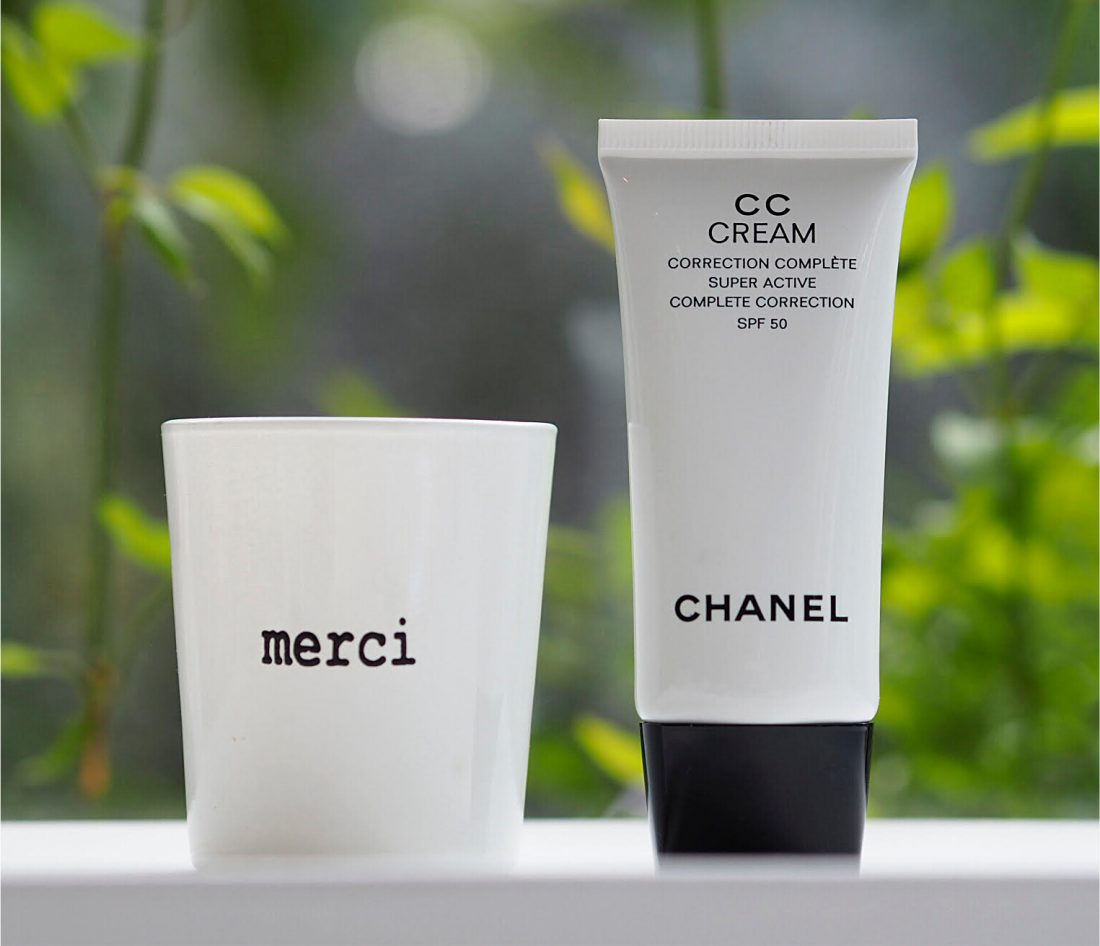 It’s launch day today for the new formula Chanel CC Cream. I liked the original Chanel CC Cream well enough, but this newer version is offering more hydration and a slightly finer texture.  That the brand has taken something that was doing well as it was and just made it that bit better – not many brands do that with a product that is successful but it’s indicative of Chanel doing things as well as they can be done.

So, what Chanel says is that the SPF50 CC cream now contains murunga plum extract (which has the highest Vitamin C level that can be found in a fruit) as the new ingredient to boost the skin care benefits. The formula also contains friend-to-all, hyaluronic acid. If you’re using this long-term rather than ad-hoc, you can, according to Chanel, expect to see plumper skin in one month. If you’re using it as and when, you’ll get 12 hours of hydration as a given. On my skin it gives generous coverage in the tinted moisturiser vein and leaves a dewy look to the skin. I’d have preferred to test this on a very hot day as that’s when I think you’re most likely to use it so it’s hard to say how hot skin feels about it, but on this mildly warm day, my complexion loves it. It’s a very fine weight so doesn’t weigh down my skin and I like the fact that it gives a healthy glow.

I have swatches in Beige 20 and Beige 30 above – there are no pink tones in this range – but it starts at Beige 10 and ends at Beige 50. It’s £46 at John Lewis HERE. As a note, the new formula says Super Active on the packaging and tube so if it doesn’t say that, it’s the older version. To my mind this is definitely worth the splurge and while it feels strange to release an SPF 50 as we’re heading into winter, it’s a global brand – it’s hot elsewhere!