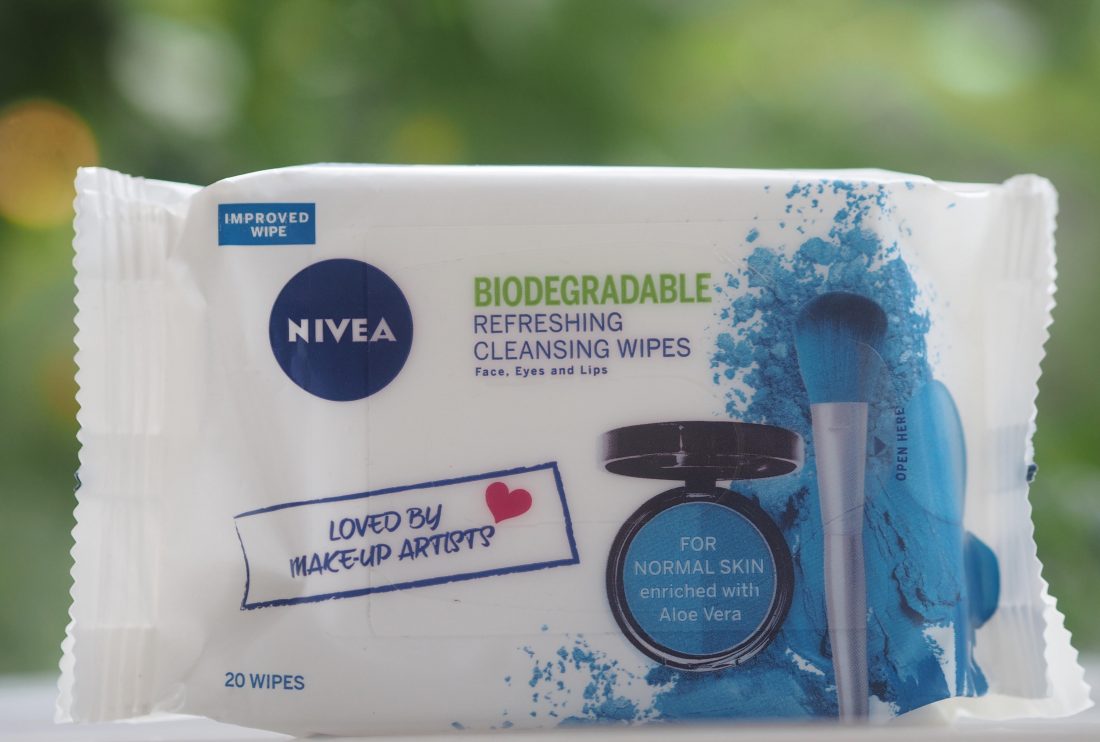 [unpaid/sample/affiliate/ad] I swapped using wipes for washable cotton pads soaked with cleanser for swatching but to be honest, I ended up using so much cleaner because I do a lot of swatches – and the pads were constantly in the wash. So, I actively seek out biodegradable wipes because I don’t want to contribute to landfill but I genuinely like the ease of wipes. I don’t have a horror of using them on my face either – I’d rather, at the end of a very weary day, do something than nothing and sometimes a wipe is the answer. It really will not do any harm here and there.

I like the Micellar wipes best but actually, it’s much of a muchness. In my wipe stash at the moment I have Superdrug biodegradables, Simple biodegradable and these Nivea ones – by far and away the nicest scent is Nivea which smells just like Nivea cream. That scent will give an olfactory ping to anyone who grew up on Nivea cream – we always had a blue tin of it when I was a child – it was just a bathroom staple for all kinds of quick fixes. So, there’s more to these than the convenience of swatch-erasing and late-night swipes … a bit of nostalgia for some, perhaps, reinvented and modernised using plant fibres from renewable sources. They’re also pleasant to use – light and effective in a rush but I will reiterate the brand message NOT to flush them. They’re on offer at Boots for £2.19 a pack HERE and that’s a nice price for blast from the past reformulated for the future.