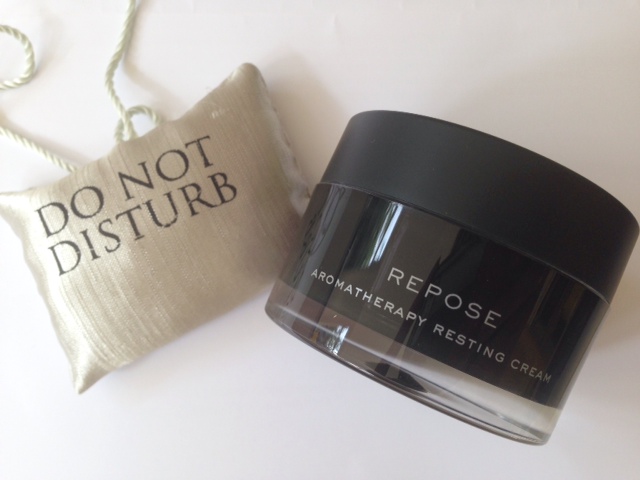 Since it’s Downton Day, I thought I’d flag up Temple Spa Repose Resting Cream – I love the idea of a ‘repose’ cream and if ever there was a Countess of Grantham beauty product, this is it! Especially as it’s reported that she faints after being kissed in an upcoming episode by George Clooney. It could happen to the best of us.

Tenuous Downton links aside, I like this so much for reminding me of repose – dictionary definition “a state of rest, sleep, or tranquillity” because it’s a place that few of us often are. Even if Temple Spa Repose Resting Cream did nothing other than make us lie down for half an hour, then it’s a great job done, in my view. As it is, there are benefits to Repose.

It’s an aromatherapy product, but the smell isn’t too strong. Lavender, patchouli, bitter orange, geranium and chamomile are key players to hit the senses with calming notes. Obviously, if you’re sensitive to essential oils, Repose isn’t for you, but it can be dabbed on pulse points or used as a night moisturiser to hydrate and soothe you to sleep. Temple Spa Repose Resting Cream is even claiming to reduce snoring! Really? More interestingly, because obviously I sleep very elegantly and a snore has never issued from my reposing body (!), the combination of oils can have a positive effect on jet lag.

Anyway, if you’ve come over a bit Countess, then Temple Spa Repose Resting Cream is HERE.