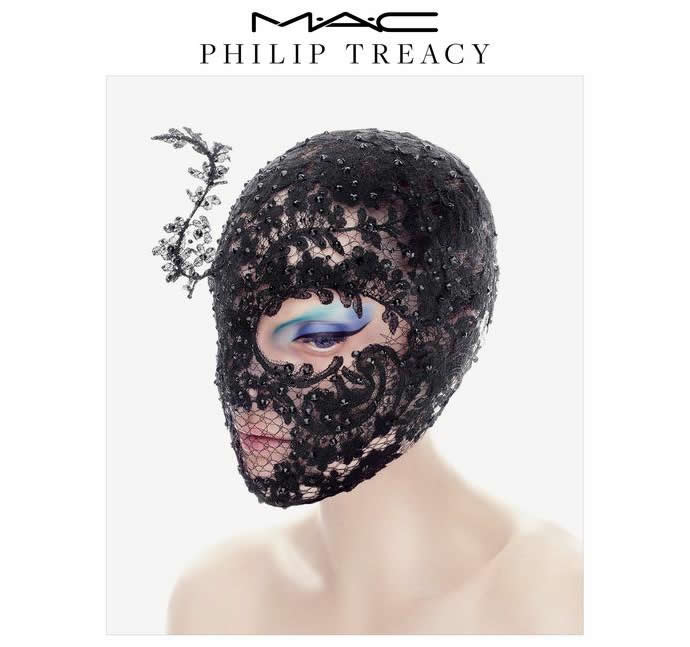 Of the gazillions of launches that MAC Cosmetics has planned for 2015, the MAC Philip Treacy 12 piece collection looks – so far – the most exciting. MAC has sponsored milliner Philip Treacy’s shows for years, so it’s really a surprise that this hasn’t happened before.

Philip Treacy’s career was given its kick-start by Isabella Blow, then, style editor of Tatler. Isabella Blow (who died in 2007) is my favourite celeb spot ever (even surpassing Nicole Kidman and Keith Urban although I did keep missing my mouth with my breakfast through covert staring over that one). I saw her at The Wolsely, mid-week afternoon, in a full length cream satin dress and a black netted half-hat, elegant and surrounded by boys. Not only did she wear a Philip Treacy hat or fascinator at any available opportunity, but she always wore a deep red lipstick. It was as much her trademark as her hats.

The full details of the collection aren’t out yet but I will put money on there being a wine-stain lipstick – Philip and Isabella were inextricably linked so I can’t imagine he would think of lipstick without thinking of Isabella, although as someone pointed out on Twitter earlier, she had her own MAC lipstick back in the day.