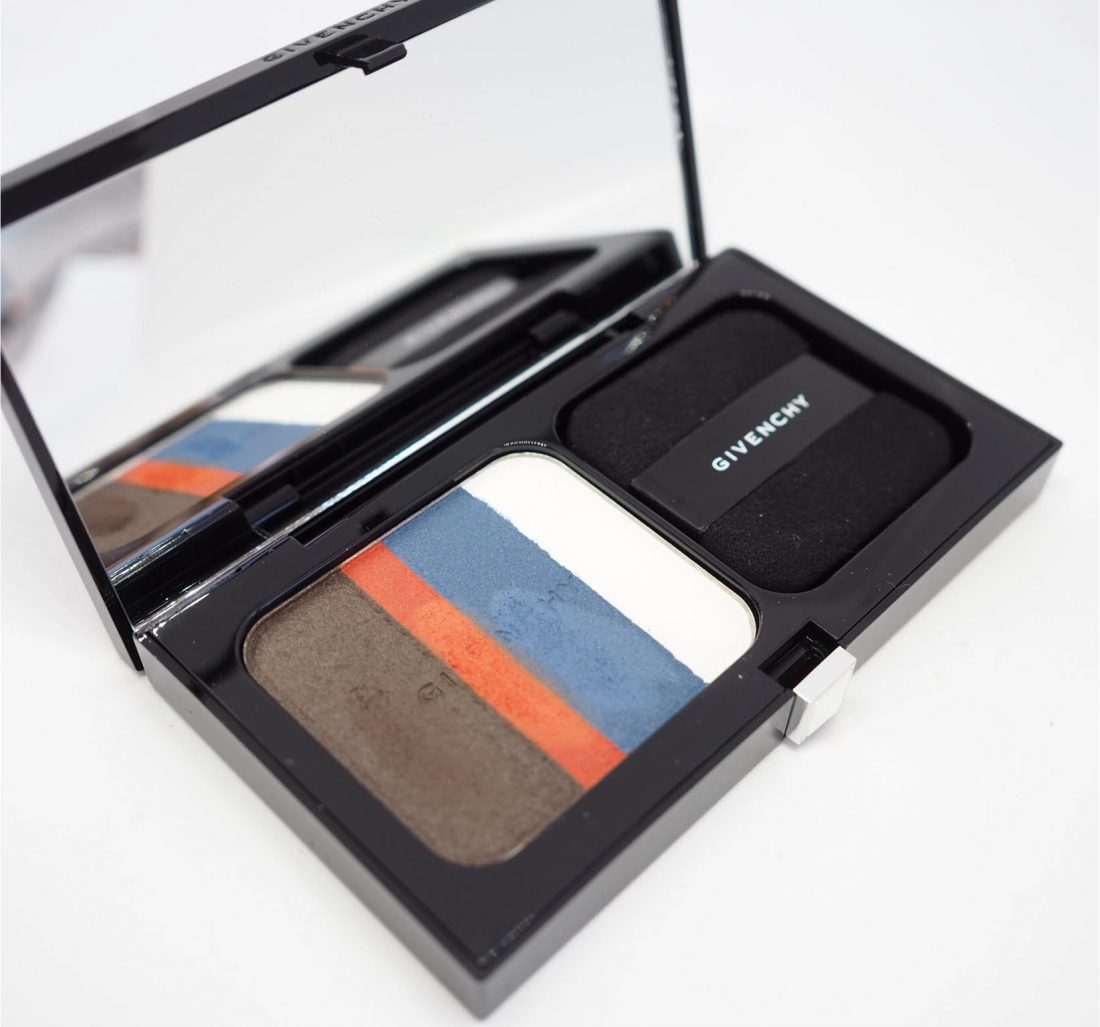 Well, this is interesting. I love a bit of creativity but I’m finding it hard to match the inspiration – the Stockman dressmaker’s mannequin – to the actual product. Apart from the eye shadow applicator, based on dressmaking chalk. Apparently, the four shades in the palette are the harmony of shades that Stockmans come in but to be honest, who would know this? I understand the couture references but it’s so obscure on this occasion that I feel it will be largely overlooked. The applicator is something new – it’s intriguing – but in reality doesn’t work nearly as well as a brush!

You can see that the liquid comes out in two different shades – a white and a pink. These combine to make a iridescent sheen on either bare skin, as a primer or as a liquid glow (use a face brush) over foundation. It’s really a lovely thing.

Likewise, the Mat & Blur Touch (£29) which is, I think, the best mattifier I’ve ever tested. It’s easy to use – just glide it over oily patches – knocking out oiliness straight away. It has that ‘silicone’ feel to it but doesn’t make skin feel smothered.

There’s also a new Mister Light Glow (£25.50) along the Touche Eclat theme – I find it hard to get excited about this because it’s much like any other. If this is the entirety for Spring/Summer 2018, it’s a very, very pared back collection but I imagine there will be other drops coming in one form or another. I know there are six new lipstick shades on their way and the new Gloss Interdit Vinyls are launching in January, along with this collection.

In the swatch above (yes, I’m having problems with my camera which I’m hoping to get resolved over the Christmas break) it’s the cushion, the palette, Mr Light and a gold liner (£18) designed for the waterline. So, what do you think of the palette? I do love the colours, but just don’t quite ‘get’ the inspiration.