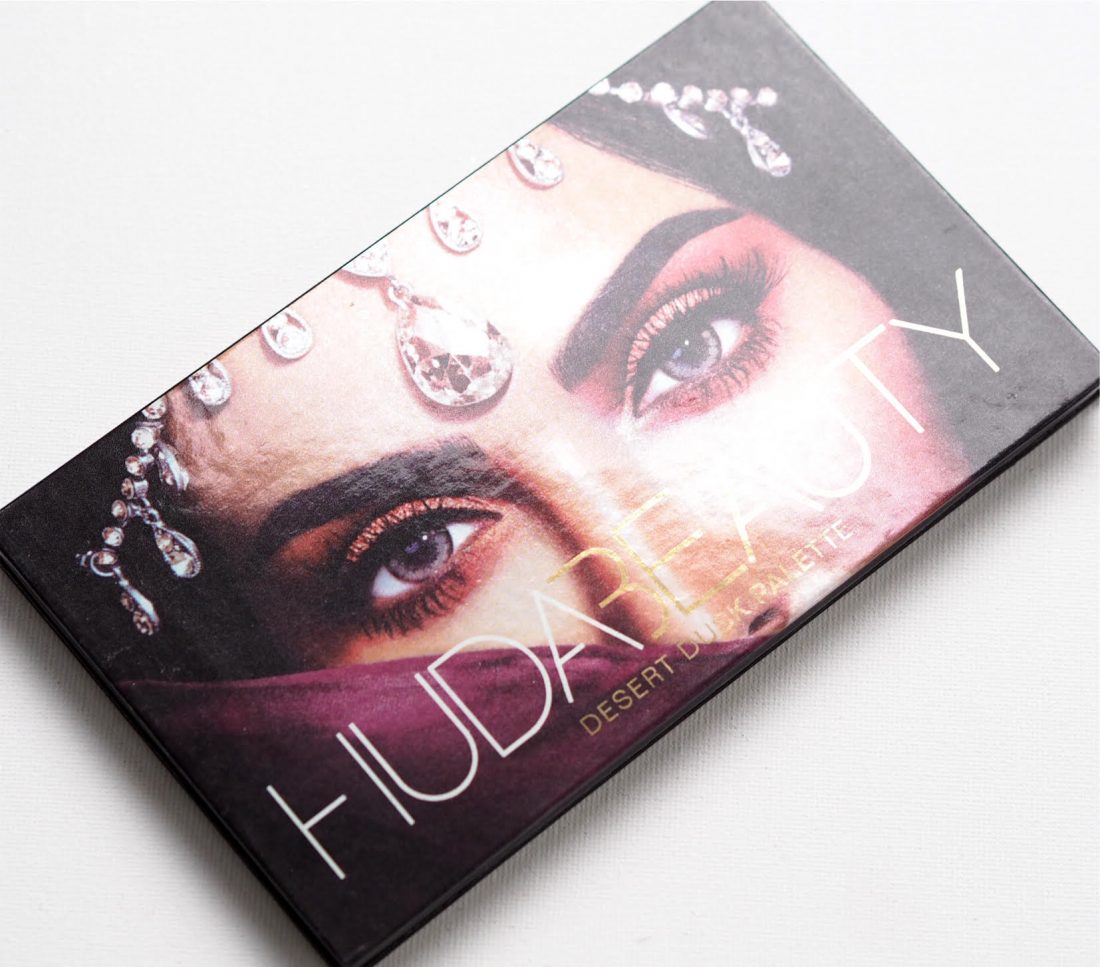 A Huda palette is a thing of beauty – I have the Huda Textured Eye Shadow Palette that I absolutely love and have used repeatedly, but, like the new Desert Dusk, it’s £56, and that just seems such a lot for a cardboard packed palette, no matter what. So, in the interests of experimenting, I thought I’d try buying a Huda palette from Ebay to see what appeared. I opted for the new Desert Dusk, which is actually quite close to the original Textured palette in colours. Above is what appeared and it was £12. My best guess is that obviously at that price it’s a fake, but I didn’t know for a fact I was buying fake – with the on line images, it’s impossible to tell until it’s in your hand. On first glance, it’s fine – I have seen many worse palettes from other brands being sold as originals. But, it’s when  you get down to the fine tuning that the cracks start to show, although, not it also threw up some surprises!

So, the fake Desert Dusk is on the left and my original Textured palette is on the right. The thing that is immediately obvious is that pans in Desert Dusk are smaller than in Textured. Without having the ‘real’ Desert Dusk by my side it’s impossible to say whether in reality they’re different but from looking at You Tube videos it looks like the real Desert and Textured are the same dimensions because they’re in the same packaging format.

The next thing to note is that in the Fake Huda palette, the pans are wonky – many of them are sitting away from the edges of the gaps where they’re supposed to sit snugly. In the Textured palette, they are more or less perfectly flush in the space.

So, in the two pictures above, the fake palette cardboard is very rough and bumpy in a way that the real palette isn’t. I know the real palette isn’t looking that tidy but I do use it a great deal – if anything, it’s a good way to show how much better the real thing would be if they’d invested just a bit more in production and put it in hard casing that’s easier to keep in good condition. It’s a lesson in making £56 look like £6! However, there is absolutely no creasing or bumping – it’s a much smoother, better quality case.

So, to swatch for pigment and quality, I’ve chosen very similar (but not exactly the same) looking shades from each palette. In the first swatch, it’s Sandalwood (from Textured) and Musk from Desert. It’s immediately obvious, even with the shade difference, to see that Musk runs out before I’ve even finished the swatch! It’s poor. The next pair are Moondust (Textured) and Nefertiti (Desert) and again, there is nowhere near the same smoothness of texture or level of sheen. Finally though, it’s Henna (Textured) and Oud (Desert). You can see that in this case, the faker wins in terms of pigment! Henna performed poorly and patchily whereas Oud was smooth and full of colour.

So, while I’ve no plans to use the fake Desert on my eyes (because I have no idea of the origins) and I will have to put it straight in the bin, it’s been quite enlightening to discover that although overall it isn’t the same quality as the real thing, I’ve used worse that have also been more expensive (take a look at Pixi pans in the card palettes for an example of terrible wonkiness). If like me, you love Huda colours, then there is absolutely no way that the Ebay fake would scratch the Huda itch. BUT, pigment quality varied in both palettes under close scrutiny and while the fake palette cardboard was inferior the colours didn’t fall out or anything – you could argue that it’s only the colours that are really important. I can’t possibly advise that you buy any known fakes from Ebay – if you see a Huda palette for £12 it’s not actually going to be a Huda palette. For that, it’s the full £56!