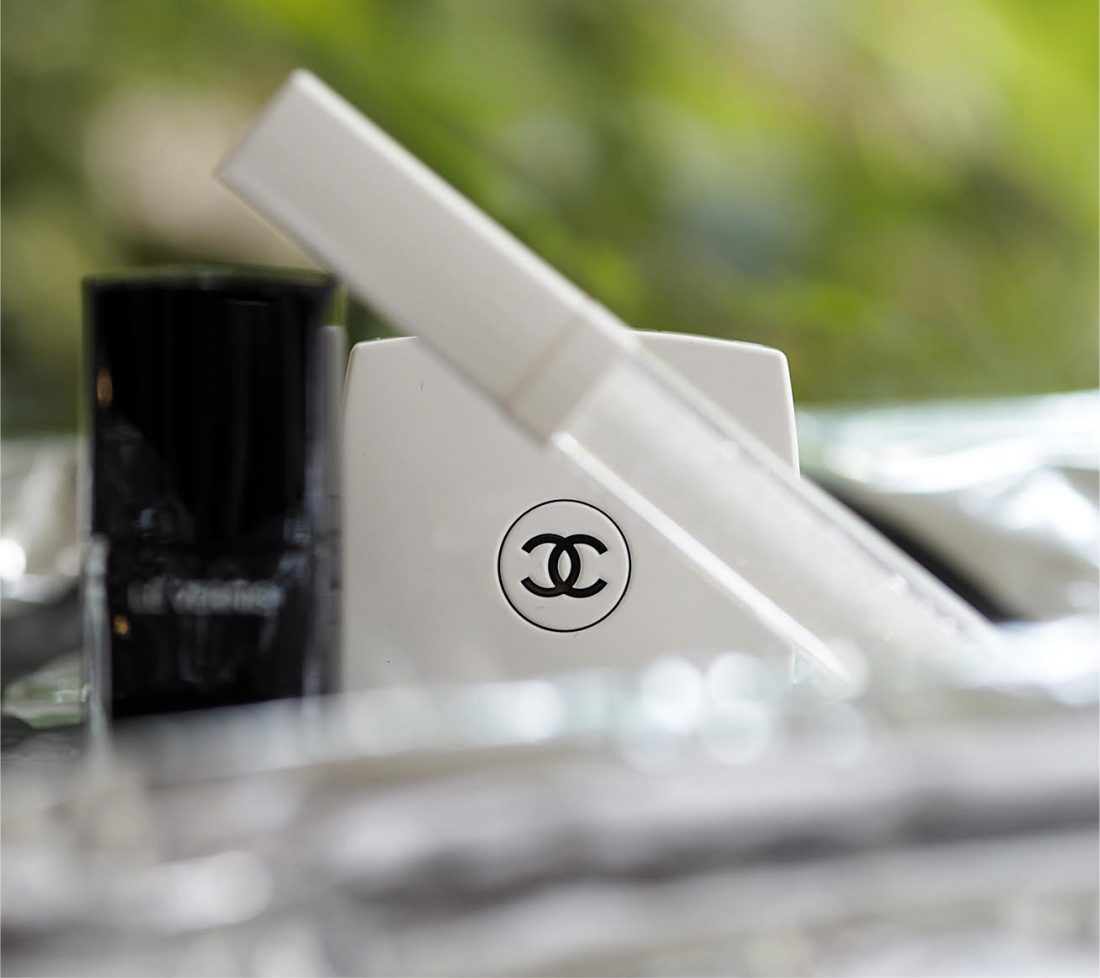 [productsample] The inspiration for this collection from Lucia Pica comes straight from a Gabrielle Chanel quote, “Women think of all colours except the absence of colour. I have said that black has it all. White too. Their beauty is absolute. It is the perfect harmony.” As someone whose wardrobe is predominantly black and white, I completely agree.

I love this return to a pared back colour palette – once again, CHANEL tips trends on their head by simplifying without reducing impact. There are only 15 products for fall-winter – you won’t be met with a wall of colours at counter because, while the collection does dip into dark and deep tones to sit alongside the crispness of white, they’re very in keeping with the theme.

My two favourites are the Rouge Coco Gloss in Crystal Clear (there’s also a black one called Laqua Noir), £28 and Ombre Premiere Top Coat in Carte Blanche (also available in a golden shade, Penombre), £28. Ombre Premiere is a multi-use product – you can use it as a topper for lids, lips or cheek bones and it gives a gleaming milky effect on the skin. The gloss – it goes without saying – is a shimmer shower of glistening lacquer – much easier to wear than its black counterpart and and easy win on its own or over any other colour.

There are two Les 4 Ombres palettes – this one, Modern Glamour, £44, and another black, white and silver version called Noir Supreme which looks to be a more difficult wear than this. Each of these shades work really well on their own so when I look at it I see four single shades rather than something I would attempt to blend together. I’ve put a bit of light on this picture so the colours really show through but they are slightly darker toned in reality. You can see a black nail polish in the corner – guess what? There’s also a white one! I’m not sure I want to attempt either, but you never know, these notoriously hard to get right colours might appeal at some point.

Lucia has taken reference from the French silver screen era and stage lighting from that time which really shows though especially if you think of a black and white film from that time and the colour nuance that you’d find with greys and sepia tones for example. Black and white, as a theme, is extremely versatile – it’s the 1960’s, the 1920’s, the future and the past – but keeping it relevant for ‘now’ is difficult. With the exception of the nails, everything in the CHANEL Noir et Blanc Fall-Winter 2019 collection is relevant and wearable.