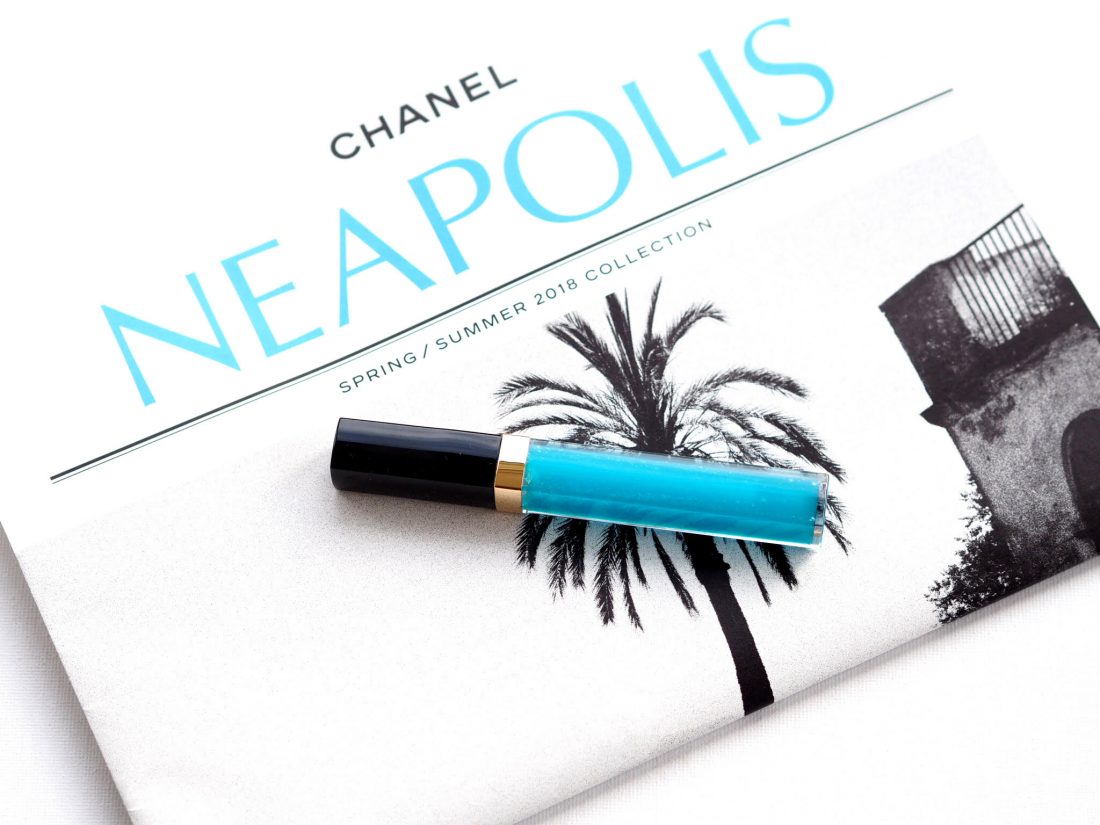 The Chanel Neapolis is blending old and new – the name makes reference to Naples origins as an ancient Greek colony and its modern incarnation, Naples, given a new perspective by Lucia Pica. So, that’s reflected in what you’ll see coming up: some very familiar Chanel territory and some new ideas and products.

First up, the Lip Powder (£31). This is a new concept to me, but apparently, back in the 1980’s a brand brought out a lip powder (that sucked the very life out of lips!). The red shade is literally powder – like a matte eye shadow powder – while the white that you see is lip balm. The idea is that you blot your lips with balm for the powder to adhere to. It comes with a little applicator and I’d suggest that you use that – although the theory of dabbing on with a fingertip is great, when I tried it, it went everywhere! If you’re following the blurry lip trend, then you’ll love it; otherwise you’ll have to control the powder. Once on, it does look soft and blurry – really pretty actually and the inspiration from frescos (where you mix powder and water) is delightful.

So, in the swatch above it’s Lip Powder in Rosso Parthenope, Rouge Coco Gloss (£26) in Poppea and Aphrodite, followed by Rouge Allure Velvet (not shown, £31) in L’Indomabile. I love the gloss in Poppea – it’s a beautiful pink shade that is near-clear on the lip but it’s the ‘not quite clear’ bit that merges with your natural colour to create a flattering neutral wash.

I was trying to get fancy with my photography to show off the visuals that came with the press pack. It’s SO helpful when brands do this because you instantly have something to start making pictures with!

As the Les 9 Ombres palette is flagged on my material as *Edition No.1, I am guessing that we will see more of this palette format which I believe is new (maybe some specials for Duty Free, but not as I can remember ever in stores). I love 90% of it but I really struggled with blending one of the shades – to the point I had to take it off. Colours aren’t individually named in this but it’s the deep olive/stone shade below the orange and next to the beige. I don’t know what happened – it behaved more like a baked powder which I always struggle with anyway. The two vibrant shades are super pigmented but surrounding them are what amounts to a very wearable neutral palette. I put the golden shades on my lids on a Facebook Live and it really woke up my eyes – they looked more vibrant and just, well, awake! I should add that the palette is £67..ouch!

Everything but *that* colour worked perfectly, both swatched with a sponge and applied with a brush. I’ve swatched in sections of threes so if you look at the palette and mentally divide it into three threes! 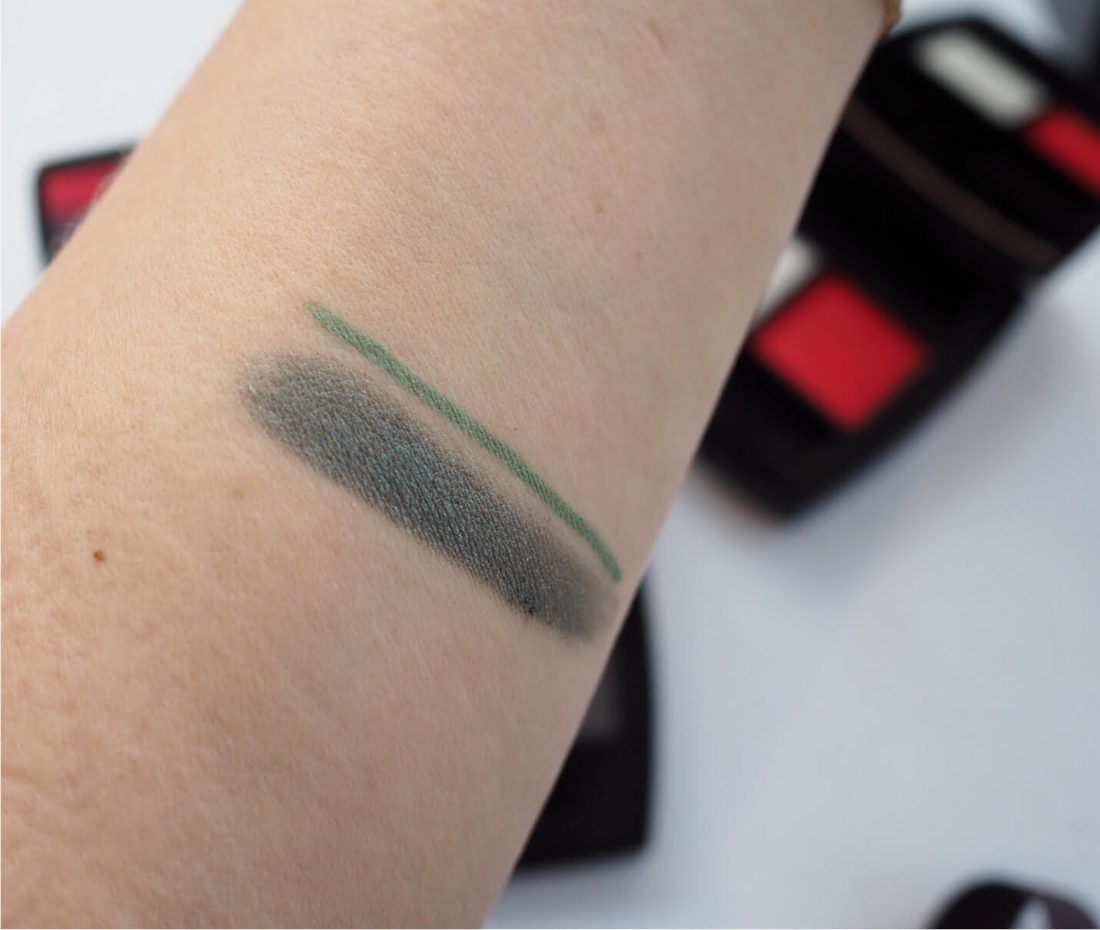 This is the Ombre Premiere Creme (£26) in Venderome – a silvery green shade that looks incredible on the lids! I loved it and it went straight into ‘keep’. The liner is Mare-Chiaro (£22).

Finally, nails! Above are two of the four new shades – they come out exactly as you see so I haven’t put them on a nail wheel but if you want to see Giallo Napoli (yellow) on my nails, I’ve Instagrammed them. That post drew the most Instagram comments I’ve ever had so people feel strongly – one way or the other – about yellow nails! Most commenters were in favour but some thought it was horrible. Nobody felt vanilla about it, that’s for sure! They’re £22. Chanel polish now is a reformulated version so it’s not chippy any more.

My top picks are the Lip Powder because they’re so interesting to use and just quite exciting, especially for the soft, blurry look they give, Rouge Coco Gloss in Poppea and Ombre Premiere Creme in Verderame. You can already pick up the collection HERE. It’s definitely worth clicking through to see the pictures taken by Lucia so you can see how she married the Naples environment with the colours in this collection.