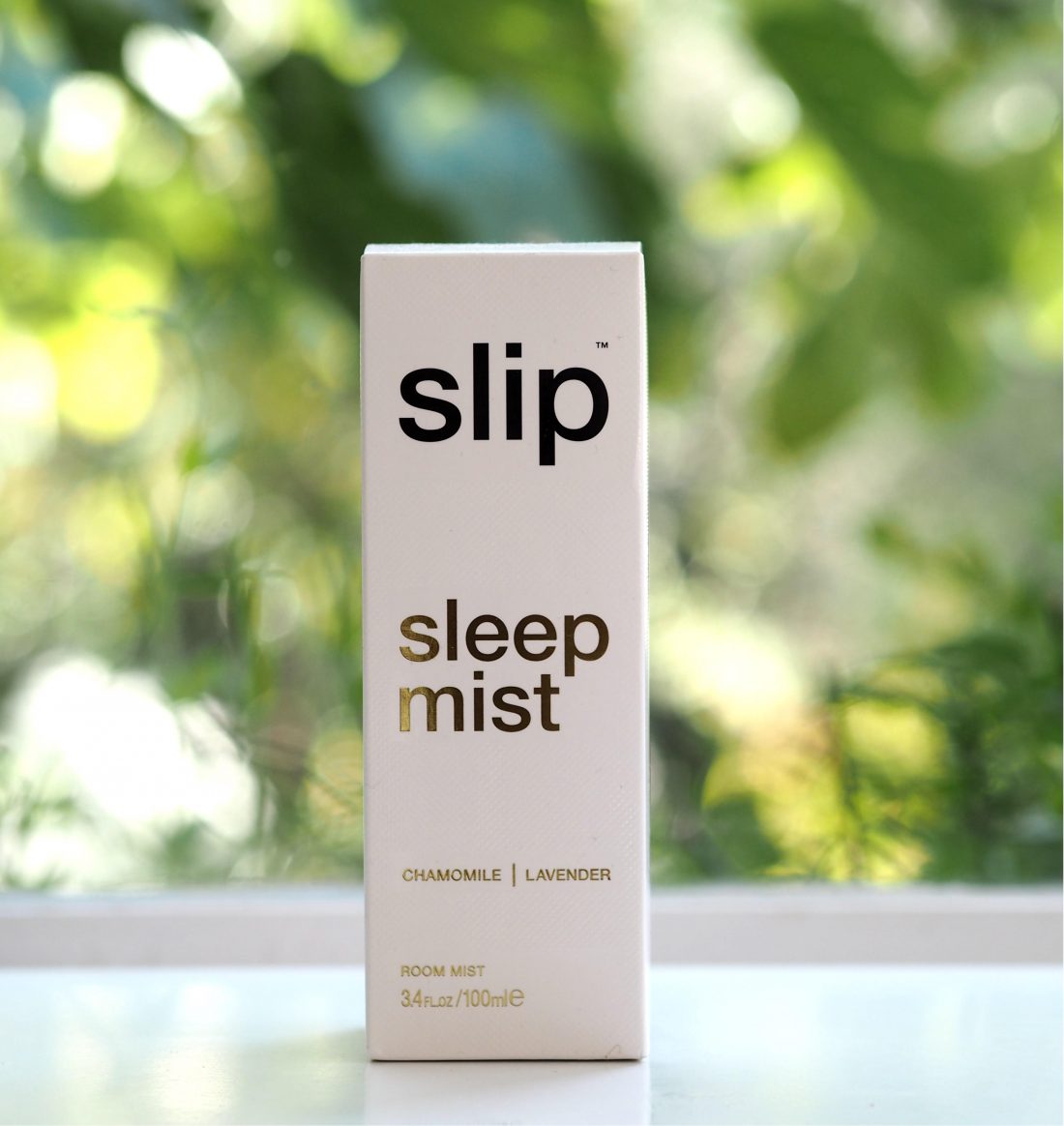 [unpaid/sample/affiliate/ad] If you’re anything like me, your sleep is probably somewhat messed up. At the beginning of lock down, I took over the counter sleep remedies which were so helpful, I can’t tell you. I used them for longer than the recommended time of a couple of weeks but I needed complete brain shut down almost more than I needed the sleep. I’m not taking them now but still wake once or twice a night – although have no difficulty dropping off. I’ve made it a priority not to lie there wide awake and ‘dwell’ so instead I’ll put in my ear buds and pop on a podcast (currently loving You Were Wrong About and Something Rhymes With Purple) til I drop off again. That’s a tried and tested method for me which is at odds with the keep it quiet and calm theory but honestly, I don’t need to be over-thinking at 4am so it works well.

This is as described on the bottle – a mist with chamomile and lavender. All I can tell you is that from the test spritz, I was yawning my head off. Truly. I’ve just done another spritz now to remind myself of it as I write and yes, yawning again. Slip is better known for its silky things such as eye masks – which I never wear – but they’ve found a winner here with this concentration of familiar notes. I think if you know lavender and chamomile triggers you easily into slumber you won’t necessarily need to splash out £29 for this but if you’re more sleep resistant I’d say it was a good weapon to have at hand. It’s £29 HERE at John Lewis, non-affiliate HERE.