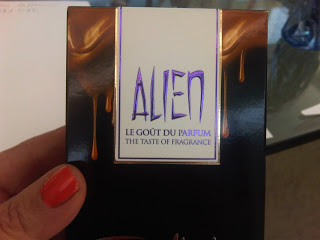 This morning I attended the launch event of the Thierry Mugler limited editions available later in the year. Mugler fragrances are owned by Clarins. I have to hand it to the Clarins PR because she knows I loathe Angel. Absolutely do not like it, and also knows that I am not a big foodie fragrance fan, so they kind of know up front what is coming here and yet still wanted me to experience the scents. That’s quite brave!

So, here we go, a run-down of the event and the fragrances. I’ll start with breakfast: 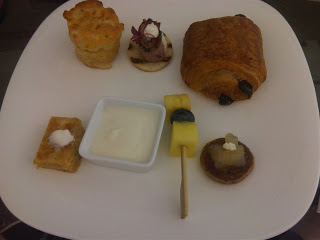 How perfect is that plate of food?!


Before introducing us to the fragrances, the new face of Thierry Mugler was revealed as Eva Mendes. 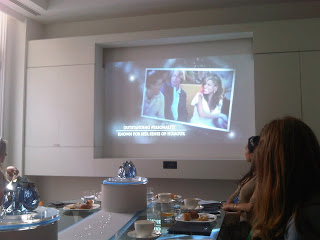 So, the scents. Basically, they’ve taken all the favourites and given them a gourmande twist – so they smell as they do and then some. The whole thing about Angel is that it is a power-packed chocolately scent, very heavy and very sweet, so the addition to that means you will either love it more or hate it more. Olfactory Artistic Director (don’t..), Pierre Aulas has introduced the concept of the ‘taste of fragrance’. Got to admit, I didn’t quite get it, but it’s something to do with the way the fragrances are constructed: usually a fragrance has all its ingredients blended at once but for these LEs the concentrate and the ‘taste enhancer’ were matured in separate vats and brought together only at the very end. I think maybe the taste enhancer aspect is to do with the food scents used but either way I’m struggling to get my head around that one.

Angel has had a kick of bitter chocolate added to the already heady patchouli, caramel and vanilla mix. It is stunningly over the top. Alien, already drenched in jasmine and amber has had an accord of salty caramel added which makes it give you that same feeling as when you know you’ve had too much pudding, but still say yes to another helping knowing full well you will regret it for the rest of the day. Womanity, actually wasn’t too bad, because its taste enhancer is fig chutney which is just green enough to knock the sweetness back a bit. The mens fragrance, A*Men, is already laden with patchouli, vanilla and coffee so the addition of chilli pepper is just bringing a little spice to the party. So, smelling the raw ingredient additions on the paper testers – caramel, patchouli, chilli peppers and chutney, while eating candy floss, chilli truffles and sweet figs was probably the once of the most magnificiently candied experience I’ve ever had. It gave me a headache and the most frantic sugar-rush of my life. 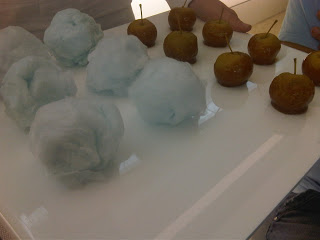 To get us in the foodie mood, we were offered blue candy floss and mini toffee apples.

All of them are exactly the sort of scents I never want to smell again in my life.. the Mugler fragrances really do divide opinion.. they’re too sweet, too strong and too much for me. In the new ad campaign, Eva Mendes is seen alone in a train carriage. I’m convinced she managed to clear the carriage by dousing herself in Angel. I know I’d move.

Nonetheless, I’m pretty sure they’ll sell out. Once you’ve got the Mugler habit, it seems, you never lose it. 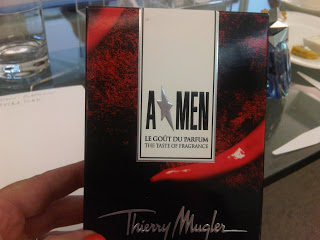 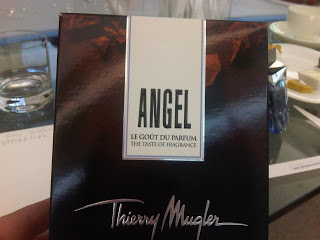