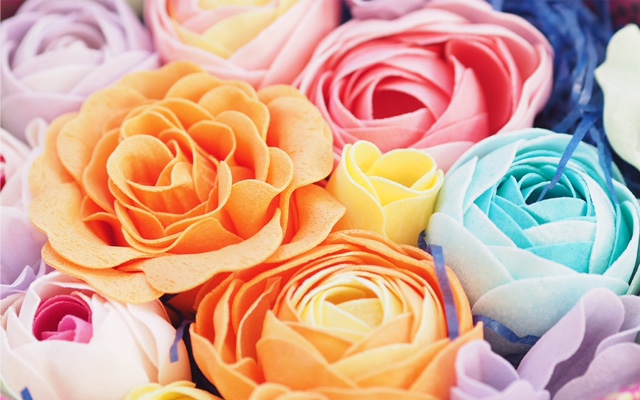 This is a huge topic but really I’m coming at it from someone who uses social media every single day, and I’m a heavy user too because it’s my job. It gives me the opportunity to see, day in, day out, the impact, both good and bad, it can have on other users. It’s not enough for Facebook, for example, to suggest that social media itself isn’t bad, it’s how individuals use it that can have a negative effect. It’s not enough for program makers to offer up snippets of insight on the impact on self-esteem and relationships and it’s not enough for the NHS to issue reports on the rise in self harm amongst young girls linked to social media. Because these findings from research, while useful knowledge, don’t change a single thing for someone enmeshed in world where their strongest influences are from strangers via a phone screen.

While it’s often younger people that find it hard cope, it’s not exclusively so. You can ask just about any content creator, regardless of age or gender and they will have had their moments. On the one hand, it’s a great thing that social is open and available to anyone who wants to join it, but on the other hand, nobody ever questions whether its right for them. They just assume it will be, and then it isn’t.

In my time on Twitter/Facebook/Pinterest/Instagram, I’ve seen people crumble from bullying, unmet expectations and overwhelming negativity. I’ve known suicides, hospital admissions and disappearances. I would love to see, in schools, starting right at the beginning, for students to be empowered enough to realise there are choices and that some aspects of social may not be beneficial to them. We all know sensationalist, worst case scenario stories of social but it’s the day to day grinding down of it that affects people more. It seems on the surface all of the fun, but for many it’s a pathway to self-doubt.

A lot of social media interactions, particularly on Twitter and Instagram are with people you don’t know. You have no idea where they are in their own lives, whether they have mental health issues, physical issues, are robust or fragile, are lonely or gregarious, or even whether they like cheese or chocolate. It seems to be though, through observation, that the more fragile you feel the less happiness social will bring you. In fact, it can exacerbate everything and spin small things into insurmountably big things. We have no clue, when we talk with someone on social media how our words will impact and we need to think harder about this – nobody else will take responsibility for how we behave on social so we have to do it ourselves.

Self-image is a recurring theme that occupies a great deal of social time. There are plenty of positive image content creators out there doing their very best to boost confidence and take on their shoulders some social responsibility to help. But they can only do so much and it is no substitute for person to person contact and friends in real life. What’s right for them is not necessarily right for you and in fact, it can often make things worse when you see others appearing to manage their own issues when you struggle to manage yours. Exposure creates immunity and with the physical barrier of a screen, social media users become immune to the emotions of others making it easy for accusations and bullying to escalate and expectations remaining unmet. A lot gets lost in translation.

If I have any advice to give, it’s to join something – a choir, St John’s Ambulance, the TA, a flower arranging group, a reading group, a hot yoga class, a cycling group – anything at all that brings you into contact with people that don’t just exist on your lap top or phone. Social media can’t replace reality and it can make you lonelier than you thought possible. It allows you to isolate yourself under the guise of being sociable and slowly, slowly you allow yourself to think that it’s just easier to stay home and ‘socialise’ on line. Before you know it, you’re very alone.

Choose your channels wisely and maybe pick just one – I’m across everything for my job (except Snapchat) but the place I’m most likely to be ‘social’ is Twitter. It’s where I choose to be myself. I’ve had periods where it’s been very difficult (I tweet, nobody replies, why does everyone hate me) to continue (why do I bother, nobody cares), especially on Instagram (I post a selfie and lose 100 followers), but social isn’t the sum of me. It could have been, because as a content creator, popularity is how you’re measured, but it’s really not – I’ve had to work on that.

Edit your channels – ensure you’re not following anyone who makes you feel worse about yourself, for any reason at all. And be honest about it. If looking at interiors influencers makes you wonder why your house is a tip, if looking at fitness influencers makes you feel less confident about yourself, if looking at beauty influencers makes you wonder why you can’t look like that, stop looking. Replace them with accounts that are fun or funny or where you’ll learn something. If looking hurts, it’s like bashing your head with a stone every day, and if you caught someone doing that, you’d advise them to stop. Take a notebook and write down your feelings after looking at each account you follow (yes, it will slow down your Instagram scroll) and then look at the words you’ve written. It’s very revealing.

We have to teach ourselves to use social in a way that does not diminish us  – it’s easy to look at statistics such as the Royal Society for Public Health and Young Health Movement’s survey HERE – without realising they mean us; most of us involved in social anyway. The survey found that Instagram and Snapchat are the most damaging for mental health while YouTube is the least. It talks about increasing anxiety, depression and loneliness and would we ever, ever sign up for something that noted those side effects as a public health warning?

So, you know, be mindful, for yourself and for others. And bring back phones that fix to your wall and see how exciting Instagram is when you have to stand in a cold kitchen to see it 😊.