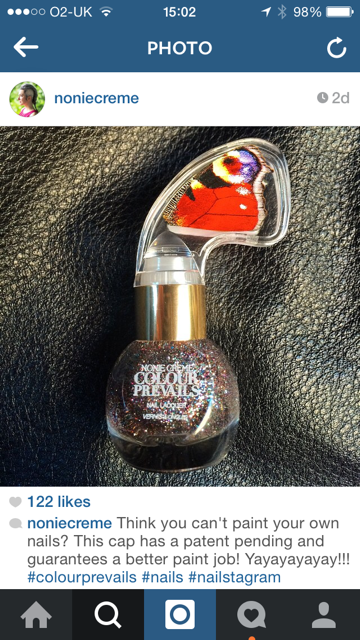 I’ve been excited to blog about this since hints first started appearing. For newer readers (or younger), this is a new launch for next year from Nonie Creme who started off as a nail artist and became the creative arm of butterLondon.

When butterLondon first launched, I can still remember my first meeting with Nonie – she’s so vibrant and full of life. I think we met at Sketch and she revealed the butter line-up – in bottle shapes that we had literally never seen before for nail polish. The colours, too, tipped the nail shade charts on their head, being the first range to dirty-down colours into something more interior led and architectural. Like Farrow & Ball for nails. You can credit their beige shade Yummy Mummy for being the one that transformed the future of nude nail shades – we were so nowhere near a beige nail being a thing til then. I can remember when Vogue featured it and the huge excitement at butter HQ.

Nonie is a creator, so this was always going to happen – it’s taken a long time, but Nonie Creme Colour Prevails looks like a winner already. To be honest, I’m not such a fan of polish as I used to be (I was obsessed!) because of the never ending lookie-like ranges that keep appearing and this is the first nail range in a while that I’ve got excited about. There are only a few nail polish manufacturers and they’re mostly all used by everyone so it’s very difficult to put a new spin on polish.

Nonie Creme Colour Prevails leads with polish but is going to be an all-inclusive beauty line with lip, cheek, eye and hair products. There’s already a US stockist lined up but I hope every UK buyer is all over this one because if the past is anything to go by, the future is all about this.