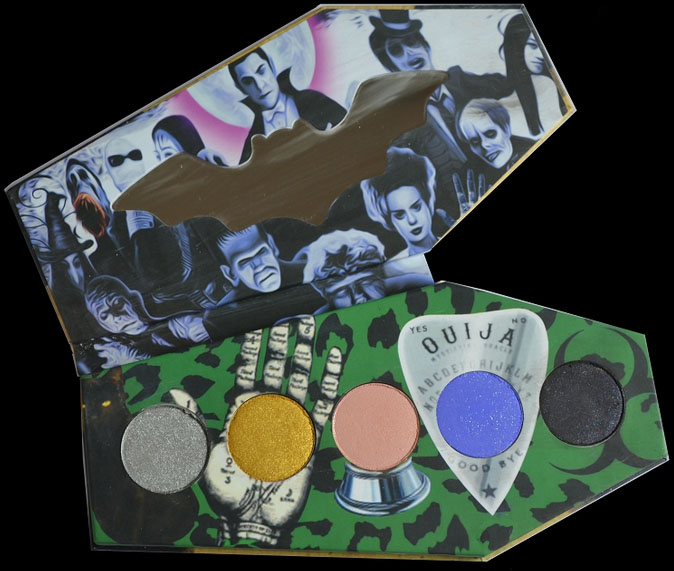 People who follow indi make-up brands will probably be well aware of LunatiCK Cosmetics already for its strong stance on animal testing – it’s a 100% vegan brand. Originally, the brand was aimed at special effects in the world of horror, but as you can see from the palette above, those of us outside of the special effects circle like a bit of spookiness too, and so LunatiCK Cosmetics has moved mainstream. Well, not quite!

If you think that coffin shaped palettes are macarbre, they’re actually more of a quirky hommage to the old style Hammer Horror movies, so you’ll also find characters such as The Invisible Man and the Bride of Frankenstein. Oh, and a bat shaped mirror. In the same way that MAC had their Rocky Horror collection, LunaticCK is more of a permanent marker to that genre.

So, the news is that they’re launching into the UK at Cutecosmetics.co.uk very soon! The palettes will be £22.95 and individual products, such as lips and shadows start at around the £8.95 mark. As indi brands like Sugar Pill and Pretty Zombie are really starting to make their mark, I’m sure that LunatiCK will follow.