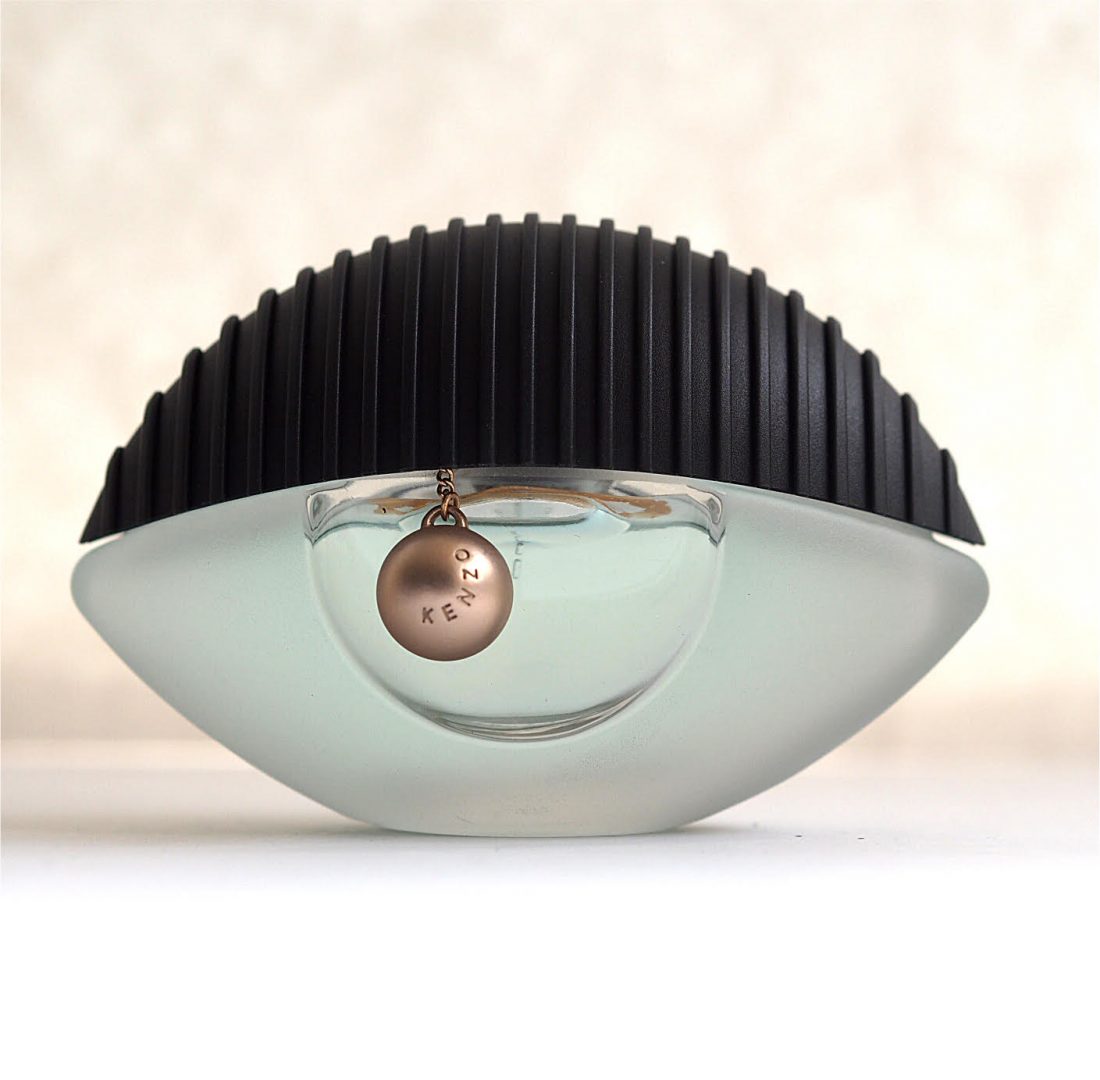 Apparently, the eye on the box and the shape of the bottle of the new Kenzo fragrance makes reference to the third eye and spiritual protection. Alrighty then. The actual fragrance itself is created by Francis Kurkdjian although it’s been art directed by Humberto Leon and Carol Lim. While that sounds rather pretentious, there’s a video HERE that it is unlike any fragrance video I’ve ever seen. I can’t decide if I love it or hate it but I won’t say more other than it’s an important accompaniment to the fragrance.

The actual fragrance – well, it smells like a crowd pleaser to me although personally I don’t particularly like it. Top notes of fruits (literally unidentifiable to my nose, just a general fruity smell) give way to peony, jasmine and ambroxan which I had to look up. Turns out that it’s a constituent of ambergris and used for making ambergris notes. Further reading on ambergris reveals that there are several variants of quality for this ingredient which comes from the stomach of a sperm whale. I’m not even joking – but don’t worry, it’s found floating around in the sea so no whales are harmed in retrieving their burp. It’s often synthetically made now because it is quite rare. The ambroxan does cover the flower notes with an animalic tone.

Fragrance press releases are really such a pain.. they’re so lyrical and never quite get to the nuts and bolts of a fragrance – this quote, “it’s a bit like the sfumato in the paintings of Leonardo da Vinci, when you juxtapose power,” I think beats anything I’ve ever read and I’ll include the notoriously nonsensical Serge Lutens in that. But, oh my goodness, the bottle! High production costs there and well worth it because it’s mesmerizing, beautiful and really not like anything I’ve ever seen. Conceptually, it’s really all about self expression and creativity but it’s going to be a very personal resonance to create that thought from this smell.

I’d definitely recommend spritzing in store to see how you get along with it but if you’re hooked on the bottle alone, it’s HERE for £44.50 for 30ml.