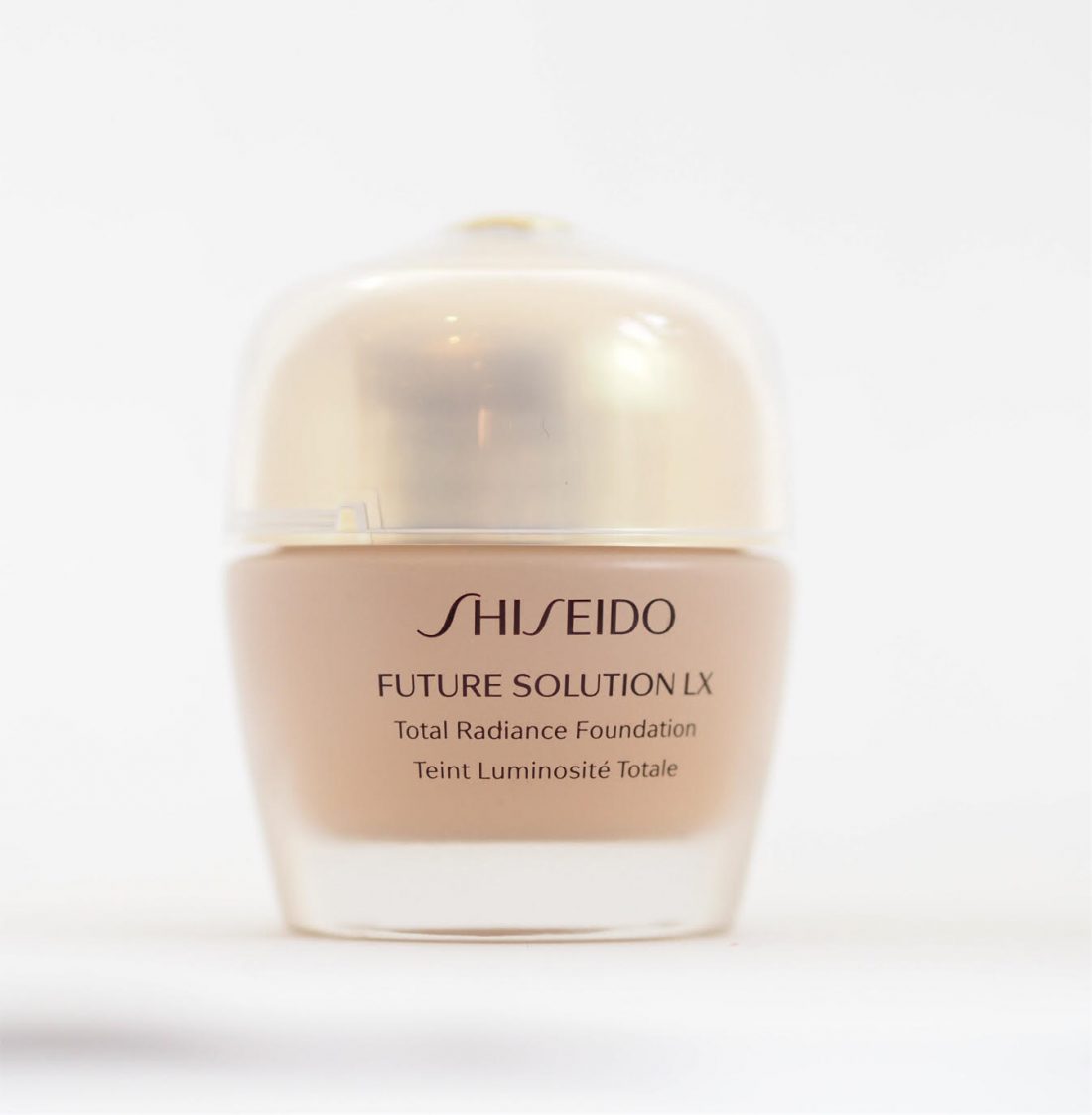 With high street brands knocking out some incredible foundations it’s easy to think that a big spend on a base is pointless. It’s true that there are some epic foundation formulas that won’t set you back and it’s wonderful that all budgets are catered to without compromise. However, I’ve been using – for three months at least – the revamped Shiseido Future Solutions LX Total Radiance Foundation and can quite happily say it’s the best foundation I have ever used.

Of course, it’s up there in the luxury pricing bracket at £70 as you’d expect from this Japanese brand, but the pay back for the spend is absolutely worth it. It comes in a pot rather than a tube, and has its own little scoop that you use to take out whatever you need. I generally dot it around my face and then use an oval brush to blend. Future Solutions LX Total Radiance Foundation gives mid to full coverage – I use a very small amount each time and feel that I have ‘full’ but you could take it down to even less or mix with a moisturiser to have mid or even light. I’m lucky that Neutral 2 is an absolutely perfect match for my tone right now (I’ll have to go deeper for summer). I’d describe the finish as satin rather than matte or dewy and it’s the closest thing to airbrushing that I’ve come across.

My skin looks literally flawless – and I mean that in a positive sense because I’m happy embracing what the beauty industry likes to call flaws – but it gives a perfected, even, vibrant tone that I can’t think I’ve come across before in the same way. It’s almost a concealer and foundation in one – my dark circles, that I make no effort to hide (I’m tired, get used to it!) day to day have all but gone but rather than flattening out the personality of my complexion, it gives it an extra, reviving dimension. I rarely post pictures of myself but you need to see this foundation in action – there is no photo-shopping whatsoever on this picture taken from outside while I was having coffee (by @labelsforlunch) – just a tiny amount of light adjustment because it was a gloomy day.

I showed a visiting friend the ‘live’ before and after (she was in my kitchen) and she was incredulous! I don’t lightly recommend make up with big price tags, but the finish is such that I feel it’s very much worth the spend. The other thing to say is that a little goes a very long way – I have been using the same pot (I decanted some to take to Japan and even that little pot is going strong) since at least September and there is plenty left.

I use it on average four or five times a week but not every single day without fail – it’s basically my ‘going out’ base, not my staying in base. There are 7 shades – shown above are Neutral 3 (darker) and Neutral 4. You can find it HERE.