What’s The Buzz About Polyglutamic Acid? 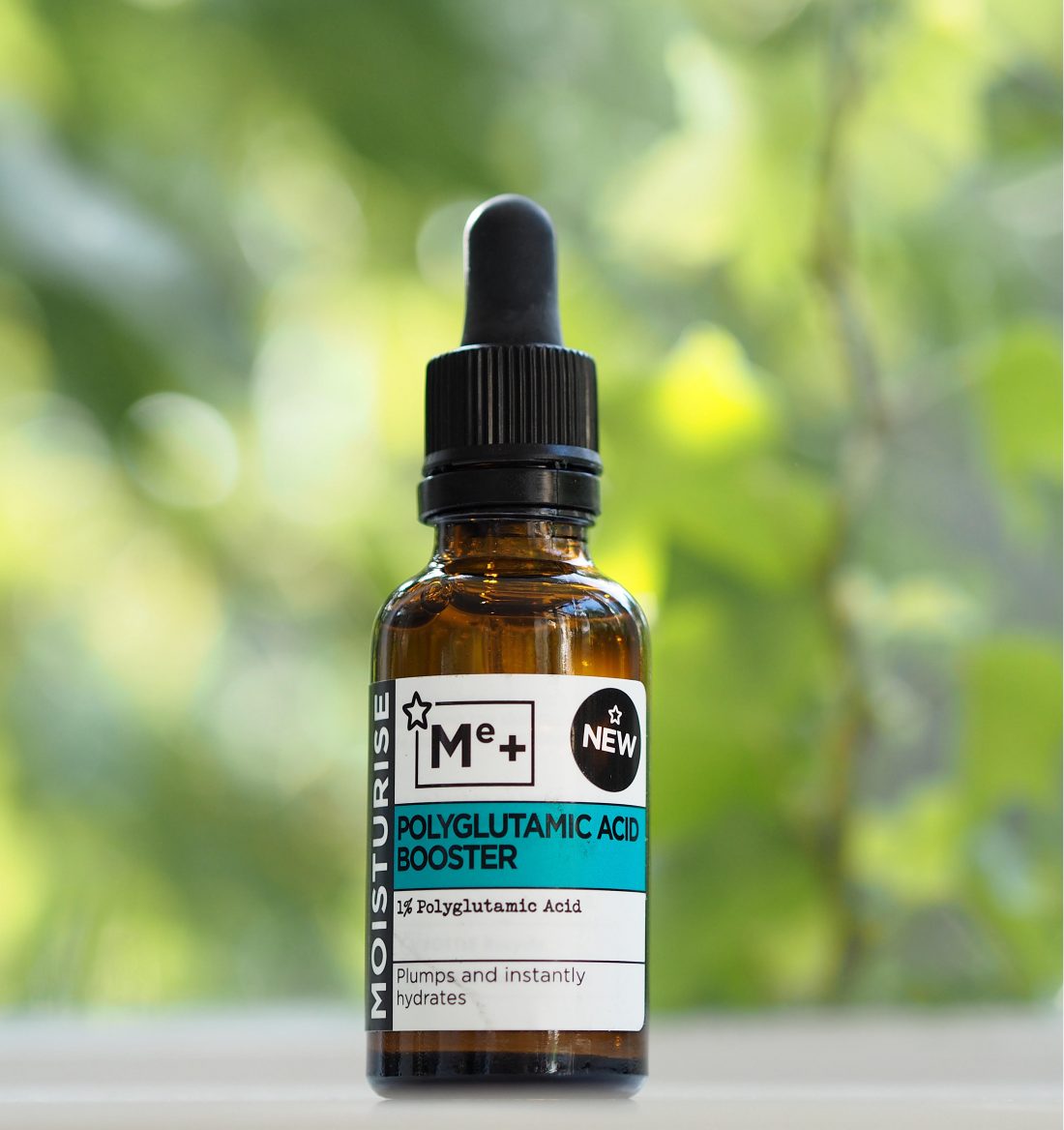 [unpaid/sample/affiliate/ad] Basically, a water soluble peptide, Polyglutamic Acid is being hailed in beauty world as the next big thing to scour your INCI lists for. It’s trying to elbow hyaluronic right out of the way and it’s something you will see included more and more as a hero ingredient.

Unlike hyaluronic, it’s not suggested that you slosh this on your complexion daily – two or three times a week is recommended by Superdrug although I can’t see what their reasoning is on this and also note that other brands suggest pnce or even twice a day. But, like hyaluronic, it’s a humectant that draws moisture to the skin, making it reportedly up to ten times more hydrating than HA. Hyaluronic is thought to be able to penetrate more deeply, so carry on with that, while Polyglutamic works on the upper layers and locking moisture in. It’s bigger in size, molecule wise, than hyaluronic and sort of lightly film forms on the skin – in a good way – preventing water from leaving.

Made from soya bean byproduct, it is, undoubtedly, a very good moisturiser – my skin feels properly flexible and full of hydration (in that pleasing way that makes you want to keep touching your face to check it really is that good) and very well worth adding into your routine – especially now as central heating will be looming. You don’t (in my opinion) have to pay a lot for it – the Inkey List has one for £12.99 HERE, while Superdrug’s is £8.99 HERE (with a ‘buy one, get one half price’ offer).

All this said, Bakuchiol was supposed to be the next big thing and caused a bit of a buzz for a while as a retinol alternative til everyone forgot about it, but I think you will like this and it’s one of the few ‘single’ products I’d recommend adding – I’m more of an advocate of pre-mixed because once you’ve bought 27 bottles of single ingredient, you’ve spent far more than you would have on one pot of do-it-all.