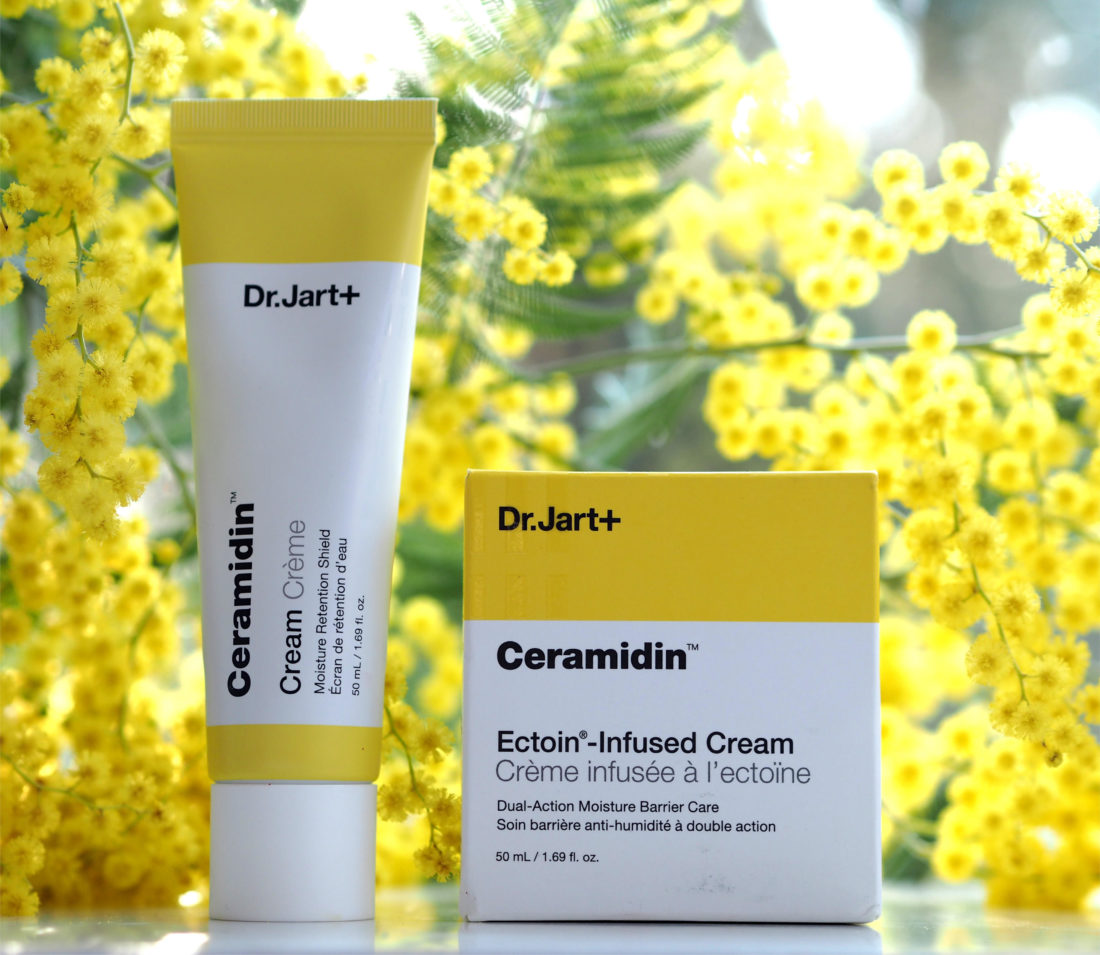 [unpaid/sample/affiliate/ad] It is so nippy out. I’m in double jumpers today watching the watery sun do nothing to melt the frosty white-out. The one thing about winter sun is that it makes your windows look absolutely filthy! So, by now, skin that is prone to dryness is really starting to complain – I’m not especially dry and I’ve been using retinol and I have that feeling of no matter what I put on my skin it still feels a little bit tight. It’s not flakey but it certainly feels that I can’t quite get enough moisture into it.

Dr Jart has several options for skin that’s parched but I’ve been putting Ceramidin Ectoin-Infused Cream and Ceramidin Cream to the test. I’m borrowing from Vogue Scandinavia who explain Ectoin far better than I can to say Ectoin is a small molecule known as an extremolyte that protects micro organisms from dehydration and temperature change. In nature, you’d see these molecules in salt lakes or deserts, resisting dehydration. It can be produced synthetically or naturally (and it’s not clear which in this formula) and is an excellent emollient as well as being highly antioxidant. Unlike many new ‘natural’ (yes CBD, I’m looking at you) ingredients, it seems that Ectoin actually has a very deserved place in your skin care. Combine it with ceramides and you have something pretty powerful in terms of keeping moisture in your skin and keeping it dewy and comfortable.

If you aren’t drastically dry, but still have that slightly taut feeling, you may be better with the Cream – no Ectoin in this but it’s sort of a double dose of lipids and very pleasant. If you want belt and braces, you would use Ectoin at night and Cream during the day. They’re both indicated for sensitive skin but contain limonene and citronellol so if they’re no-nos for your complexion, these aren’t for you. The Ectoin cream feels like it’s going to be far too weighty but actually, it seems to absorb quite quickly and it’s certainly not uncomfortable in the wear.

It did occur to me that if a barrier is all you need, there are far more budget friendly products than Ectoin cream, but this has a texture that feels like it’s meant to be on your skin – it’s an instant compatibility, if you like. It’s gentle feeling, immediately softening and you wake up with infinitely perked up skin that has held its moisture thanks to that gentle film. I like this brand – it was bought by Estee Lauder (hence the price tag, probably) in 2019 after prior investment in 2015 but so far maintains its Korean influence in the form of exceptional skin care. I always think of it as a mid-priced brand but Dr Jart Ceramidin Ectoin-Infused Cream is £50 HERE. It’s 50ml and a little goes a long way. On the other hand, you can pick up a 15ml Ceramidin Cream for £13 HERE to wet your feet with the brand if you wanted to.