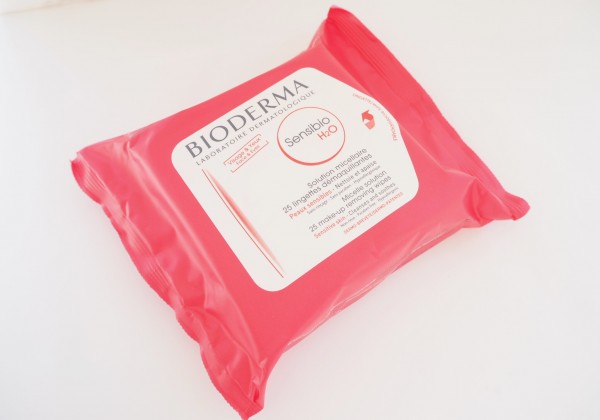 Find me the woman that hasn’t come home from a late, late night or a long, long day and thought, “I just cannot be bothered to take my make-up off.” I’m not a cleansing wipe purist – in fact I go thought dozens of packs of wipes because they’re very handy for removing swatches, and on that basis, I can tell you not all wipes are developed equally. You’d be surprised at the difference in their make-up removing abilities. I don’t often use them on my face other than for the late, late or the long, long. Nothing bad happens if they’re used under those circumstances.

I first discovered the Bioderma Sensibio Micellar Wipes about 4 years ago when they were virtually impossible to find in France and completely impossible in the UK. I had a weird delivery experience where they turned up on my doorstep in an old plastic bag after I found them on-line. It’s kind of unbelievable that they’ve taken so long to officially arrive in the UK but they have and so I’ve had a refresh on the texture and efficacy.

In terms of removing my (day) make-up, they totally did the job but would struggle to remove waterproof mascara. They’re good for sensitive skin, but did leave my skin feeling dry-ish, as though I’d washed with regular water but that’s a feeling I get from most wipes. You would need to have enough energy left to slap on some moisturiser afterwards, I think. But, you do get a non-irritating, efficient cleanse and that’s more than I can say for many. If you’re a fan of Bioderma Sensibio Micellar Water (it’s an absolute staple in my house) then there is nothing not to like here and a very handy by-pass for your liquid allowance if you’re away for a long weekend. You can find them HERE for £7 for 25 wipes.