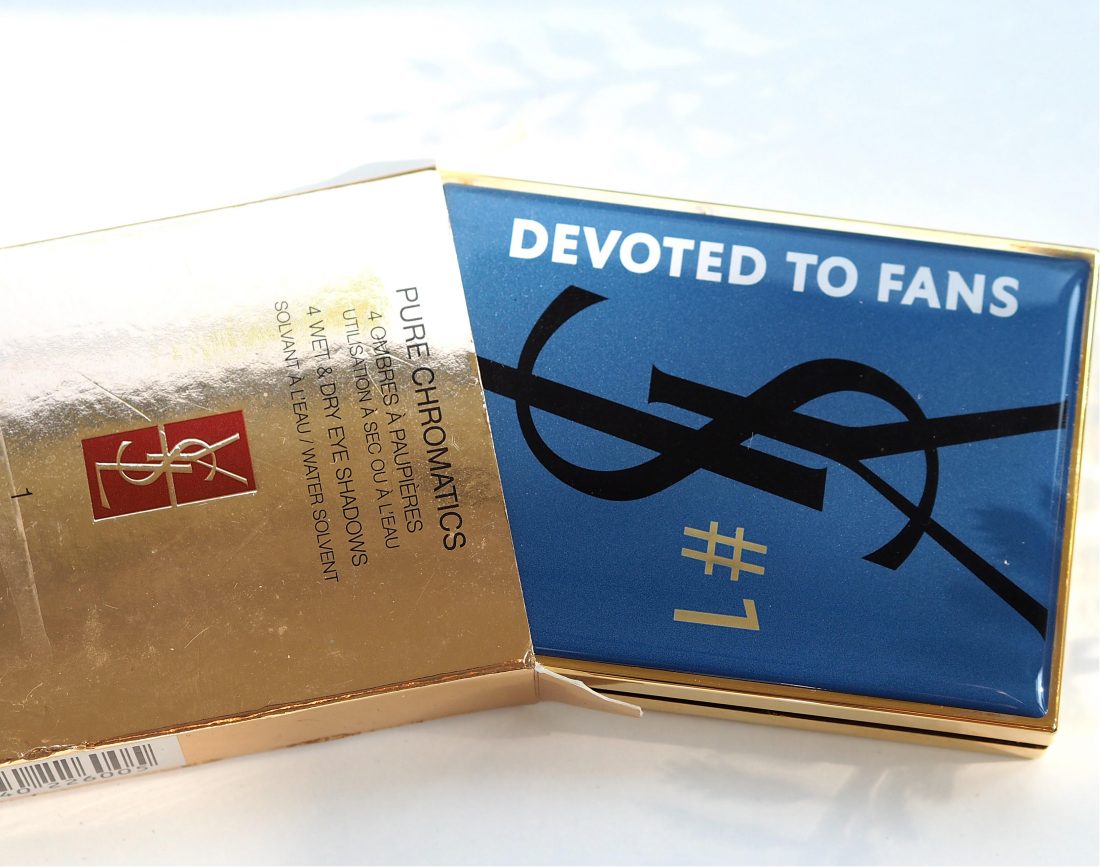 I think I mentioned in a previous post that this journey through past products is also a journey through social media history. Although the palette was released only 8 years ago, Facebook was THE major social channel at the time, with Instagram being only 2 years old and not at all the giant it is now. Pinterest was also, at the time, 2 years old and look how long it took for that to really take off.  So, Devoted To Fans was released as a tribute to the brand’s ‘fans’ on Facebook.

There was a lot of buzz around this palette at the time – the launch was held (in the UK) at Facebook HQ in London and the colour selection designed to emulate the Facebook logo colours.

Inside, it’s the usual quad format in blue-led tones of Pure Chromatics. There were only 1,650 available (no idea why) and they were £39 each. The first two shades are Facebook blue and white, then there is a sparkly grey shade and a black for some serious smoking up. I can’t find this on resale anywhere so am not able to say how much it might be worth now, but given that it was so limited in production, I feel lucky to have it!