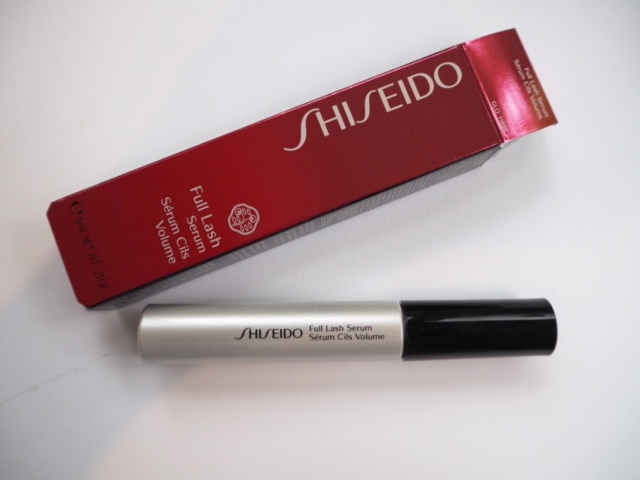 I know that lash serums are a marmite product – enough scare stories put off a big core of potential customers, but the results have been spectacular enough not to put off everyone. Part of the issue was the very rare but potentially serious side effect of increased blood flow to the eye, amongst more minor potential side effects. Anyway, I can say that the only product (that I’m aware of) that is licenced to carry the ingredient that’s also used to treat patients with glaucoma and that has such growth success is Latisse. Actually, I know someone undergoing treatment for Glaucoma and their lashes are astonishing – they actually have to trim them down.

Other lash serums do work – I’ve seen the results – but not as spectacularly as Latisse. So, Shiseido has done the sensible thing and not even gone there in terms of competing with Latisse. Instead, it’s come up with its own natural ingredient, the Chinese date, which is apparently the only natural ingredient that has ever been found to promote lash growth. Actually, it contains the amino acid, arginine, which makes total sense as arginine itself generates nitrogen oxide that opens the potassium channels of the hair cells. In turn, that stimulates hair growth.

Enough of the science though – it’s interesting that instead of a fine tipped brush, Shiseido has chosen to use a does foot applicator, so you literally just swipe over the lash line and that’s the job done. For some reason, this seems to be far more appealing than a fiddly brush, in the same way that I don’t like brush liners, preferring a pencil.