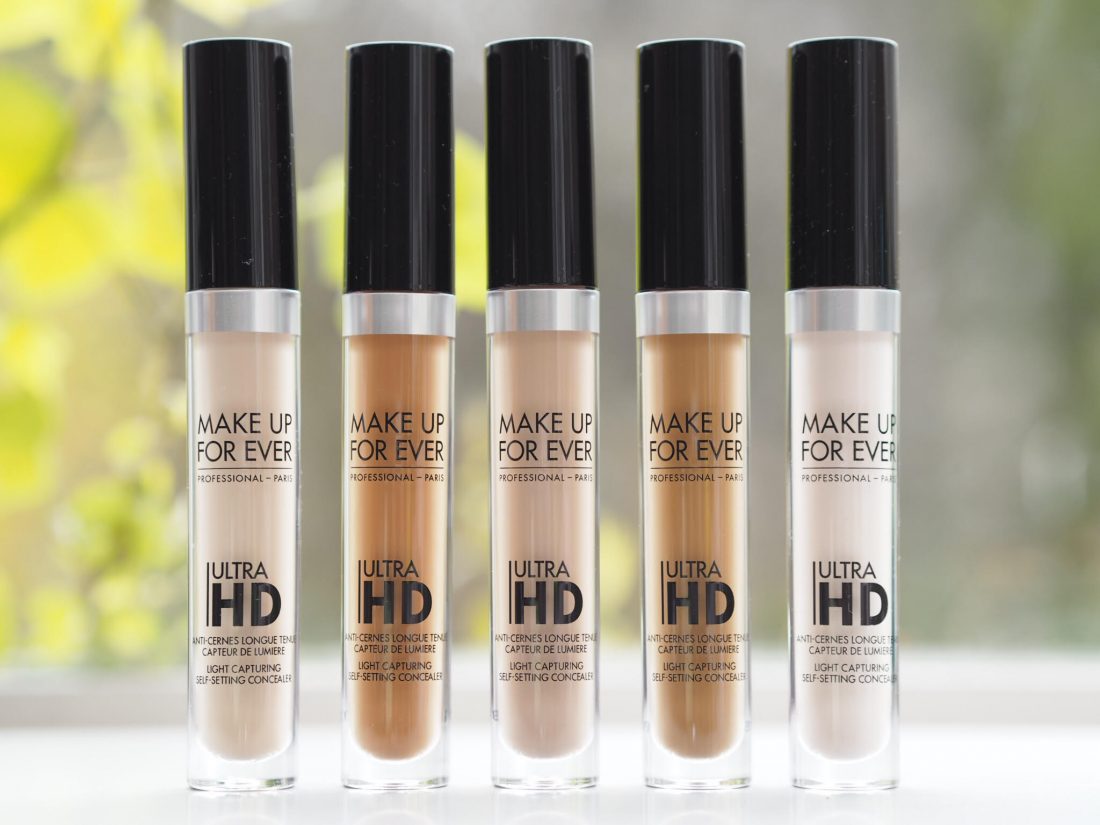 [productsample/affiliate] So, Make Up Forever concealers have long been legendary. This is a new version that’s self-setting (I don’t know what that means) that brightens the eye contour, which as we all know is a devil of a place to try and conceal without problems, especially on older skin.

Got to say, though, it’s pretty good! For a start, I like the paddle style applicator that seems more friendly than a doe’s foot style. It makes you more inclined to dab rather than smear and I think that’s a big part of getting under-eye concealer right without overloading. Overload is partly why concealers end up sitting in lines and creases or looking heavy – expectation management is key because there isn’t a concealer that’s going to look entirely natural while wiping out darkness completely. Minimizing is the operative word. I dabbed then patted and took a bit of time to do it, as well. There was nothing about Ultra HD that ‘sat’ or dried or exacerbated creases but I can’t say I saw a lot of radiance (as suggested). Later in the day, it was still fairly pristine, so I’m impressed. Just don’t put too much on or expect it to somehow eradicate a week of no sleep. It’s a helper not a unicorn.