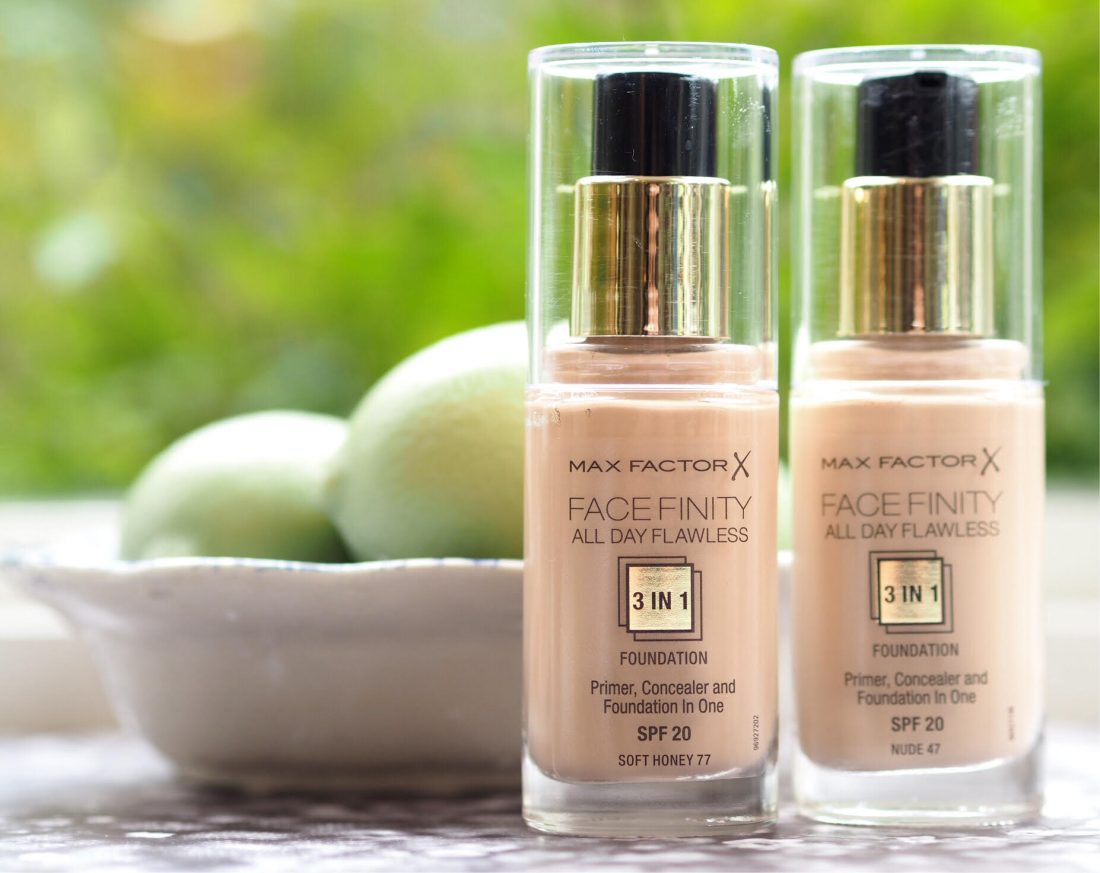 Thanks to Giorgio Armani Power Fabric, I think we’ve all got our heads around the return of full coverage foundations. This foundation, from Max Factor, claims a 3-in-1 Primer, Concealer and Foundation effect. I don’t think it’s possible to have all three fulfilling their primary function properly in one formula – what makes a great concealer doesn’t necessarily make a great primer, and vice versa. However, it’s a very impressive, high coverage foundation that lasts. I’m not sure that makes it a 3-in-1 though. It just makes a great foundation.

Given that it’s got SPF20 and a full coverage, it feel remarkably light on the skin. It has a matte finish but doesn’t deaden the skin although for dry skin types I always recommend a dewier finish which is somehow kinder to the appearance of the complexion. In terms of concealing, I think it’s only concealing because the coverage is high, although you can add a bit more where you want to conceal and it works well. I’m on board with the claim that oil absorbancy is good – it feels that way although I don’t have oily skin. Oils are usually absorbed by powders (of varying types) within a formula and my skin hates powder – but in this case, it doesn’t feel drying or powdery. I’d be careful, though, what you put underneath in terms of moisturiser. I’ve seen a few reviews saying it ‘balls up’ which won’t be the foundation but could be how it’s mixing with the moisturiser underneath.

As a high street option at £12.99 (HERE), I’d highly recommend: it’s impressive at that price and would be even if it were significantly more expensive.