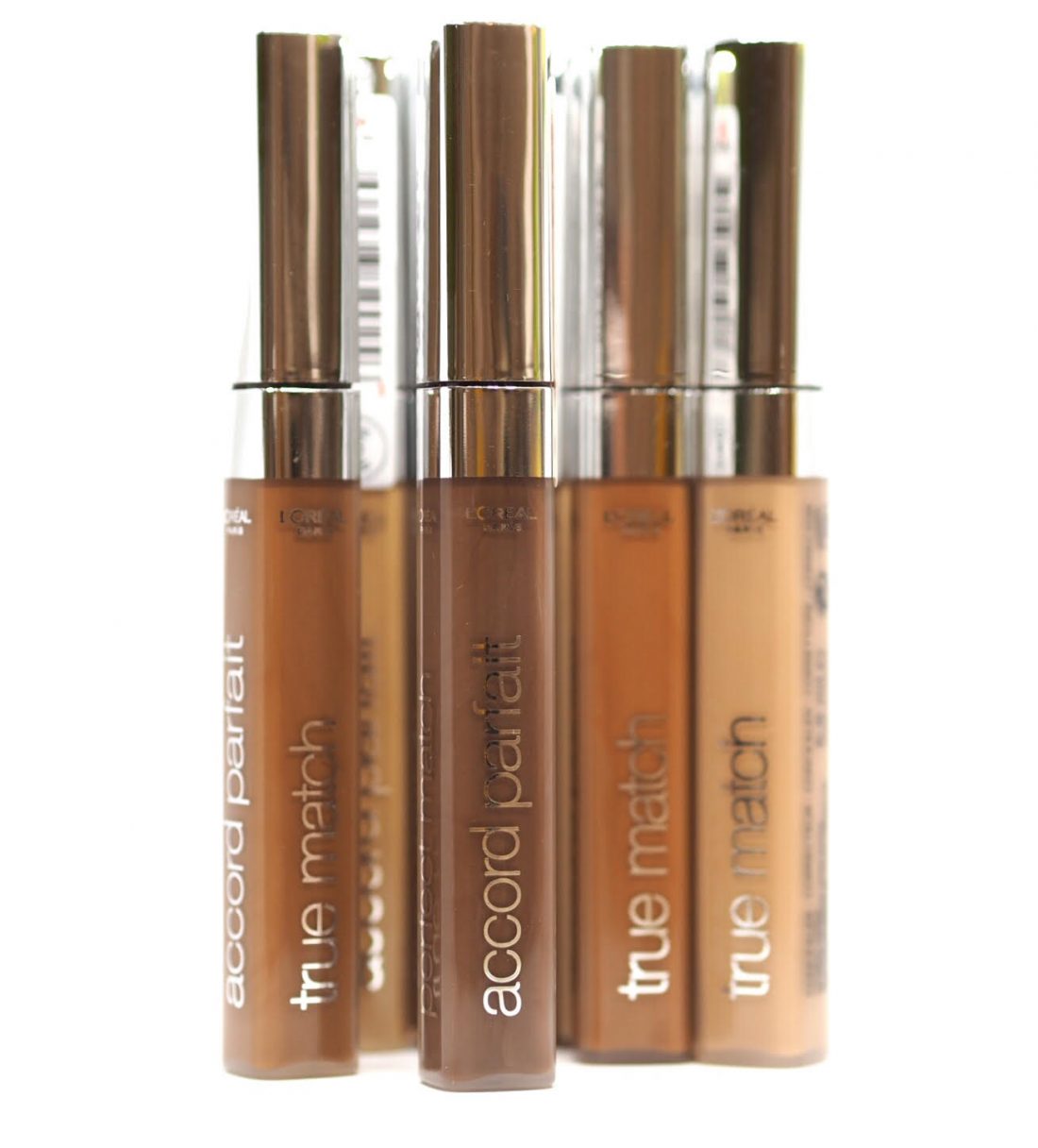 If you’ve read BBB for any length of time you’ll know where I’m at with concealers. A recent test of the new Bobbi Brown concealer was disappointing because it was far too dry which, if you have older skin in particular, is the problem with most concealers. They might go on nicely but the moment the liquid in the formula starts to evaporate, you’re left with the powder elements that exacerbate fine lines. If it’s dry to start with, then the same thing happens from the beginning and only gets worse as the day wears on.

Obviously, the big win with this updated version is the colour range – super pale to very dark – with an extended shade selection.

I *think* I have all the shades here – even though I’ve been up close and personal with this product I don’t have all the information yet – so I’ll run through them:

Golden Honey, Vanille Rose, Cocoa, Golden Beige and Golden Amber. I think you can see by the picture that the fluidity is obvious, but there is still a very decent pigment and coverage level.

As I’m part of the campaign that represents all tones and all ages as the ‘older’ one, I guess you would say, I’m pleased about it. It’s a chance to represent women my age in an inclusive way rather than as a separate category of beauty but it is a particularly older skin friendly product in my view. Anyway, I wanted to give you a quick peek of what’s to come – this absolutely isn’t part of the campaign and I don’t even have a launch date for the products, but if you’re in the mood for a new concealer, hold on! It’s coming!