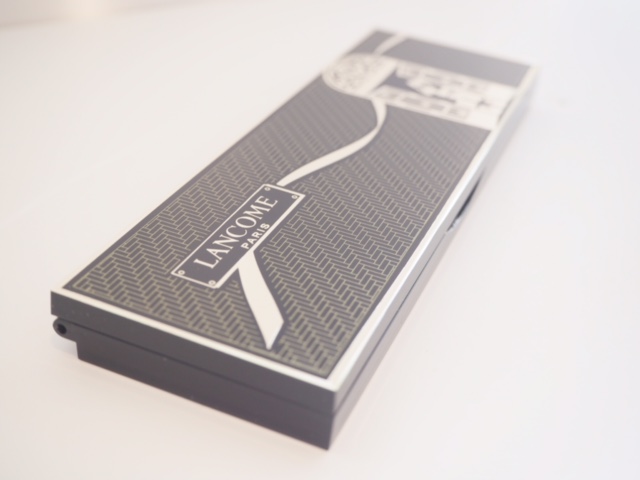 You know when you get ‘the beauty thrills’? Totally those with the Lancome La Palette 29, Faubourg Saint Honore which is from the forthcoming Lancome seasonal gifting range. I don’t even think it’s too early – all Christmassy stuff will start going into stores in a matter of weeks – if I didn’t have this sitting right here, it would 100% be on my wish list.

There are six eye shades in a mix of sheen, matte and shimmer (the golden shade second in is the most ‘frosted’) and at the end in a flip lid compartment, three lip colours designed for an ombre lip. I’ve never seen that before in a palette.

As you can see, there’s an removable use guide stuck to the mirror – given how little room there is, they’re remarkably clear, and indicate a day look, a night look and how to get the ombre lip look. I feel this is quite an exciting venture for Lancome – I’m slightly short on info at the moment; I know the Lancome La Palette 29, Faubourg Saint Honore is limited edition, but whether there are more, and how much it is, I don’t really know. I will have more info later in the week so I’ll do swatches then, but this one is so pretty I thought you’d like to see it as soon as I had it.