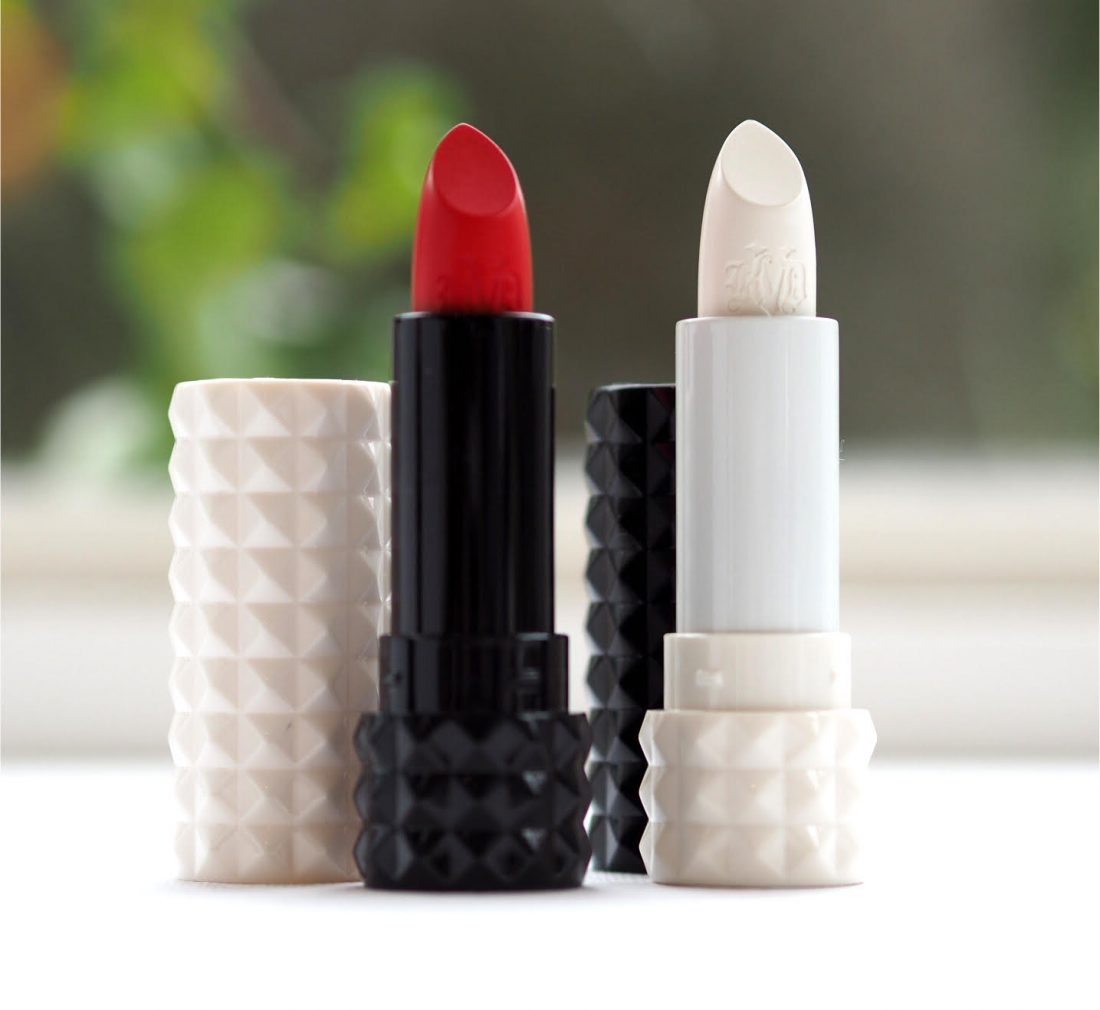 Studded Kiss has had a revamp from its earlier format launched in 2014. The new Studded Kisses are creamier in application, longer lasting and have more pigment, apparently so that’s all good! Debenhams still has the older formula which they’re selling through for £10 instead of £17 so if you were perfectly happy with that, now’s your time. The packaging on these lipsticks is really not like anything else I’ve seen and goodness knows there are a lot of lipsticks in the world that look pretty much the same.

There are 40 shades in 3 finishes (satin-matte, glimmer and metallic) with a white lipstick mixer (White Out) to use as a base to adjust your lip tone or to mix with any of the other colours to get an individual shade. It’s one for the perfectionists amongst us to get exactly the right tone of pink, red or nude that just somehow doesn’t exist within the billion lipsticks in the world!

So, from bottom to top: OG Lolita, Nahz Fur Atoo, Ludwig, Gold Blooded (kind of cerise with a very light gold aspect) and White Out. Gold Blooded is the one for me! I noticed that yes, these do feel very creamy and light on the lip, but also that the darker shades left a stain behind which might be part of the longer last improvement. These launched in the US on the 12th January so we should see them here in the UK in a couple of week’s time.