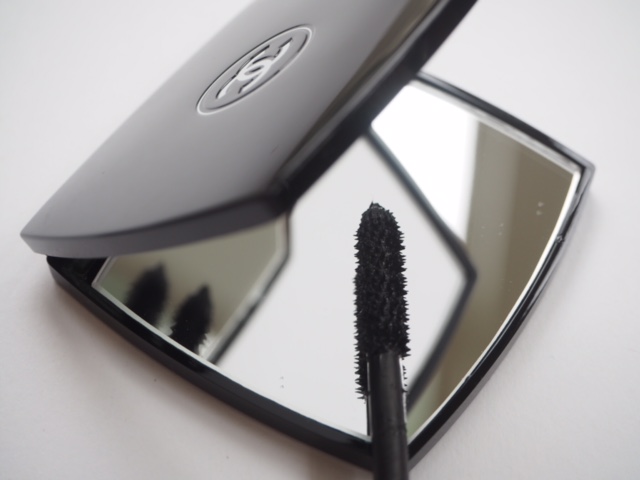 I had everything crossed that Chanel Ultra Black Volume Mascara would be every bit as good as I hoped – and it is. In fact, when I was trying it, I really was going ‘oooh’ because it’s a very sumptuous product. Promising a very deep black with volume, it’s delivering on both counts.

Rather than lashes going crispy, which sometimes they do with setting ingredients for volumising, mine have stayed not soft exactly, but certainly not stiff with product. Chanel says that the formula for Chanel Ultra Black Volume Mascara is carbon pigments suspended in a clear base – but maybe all mascara is that; I actually don’t know. In any case, yes, if we’re really disecting the minutae of black, it is a very black black!

I’m not sure the brush is super special (although it’s Chanel patented) but it is ‘grippy’ on the lashes which means you get a good pull through of product. There isn’t a great deal more to say other than that Chanel Ultra Black Volume Mascara launches on 14th August – and it’s gone into the keep drawer (and wearing right now!) double quick! I don’t have a price for this yet but I’ll update the post when I do.