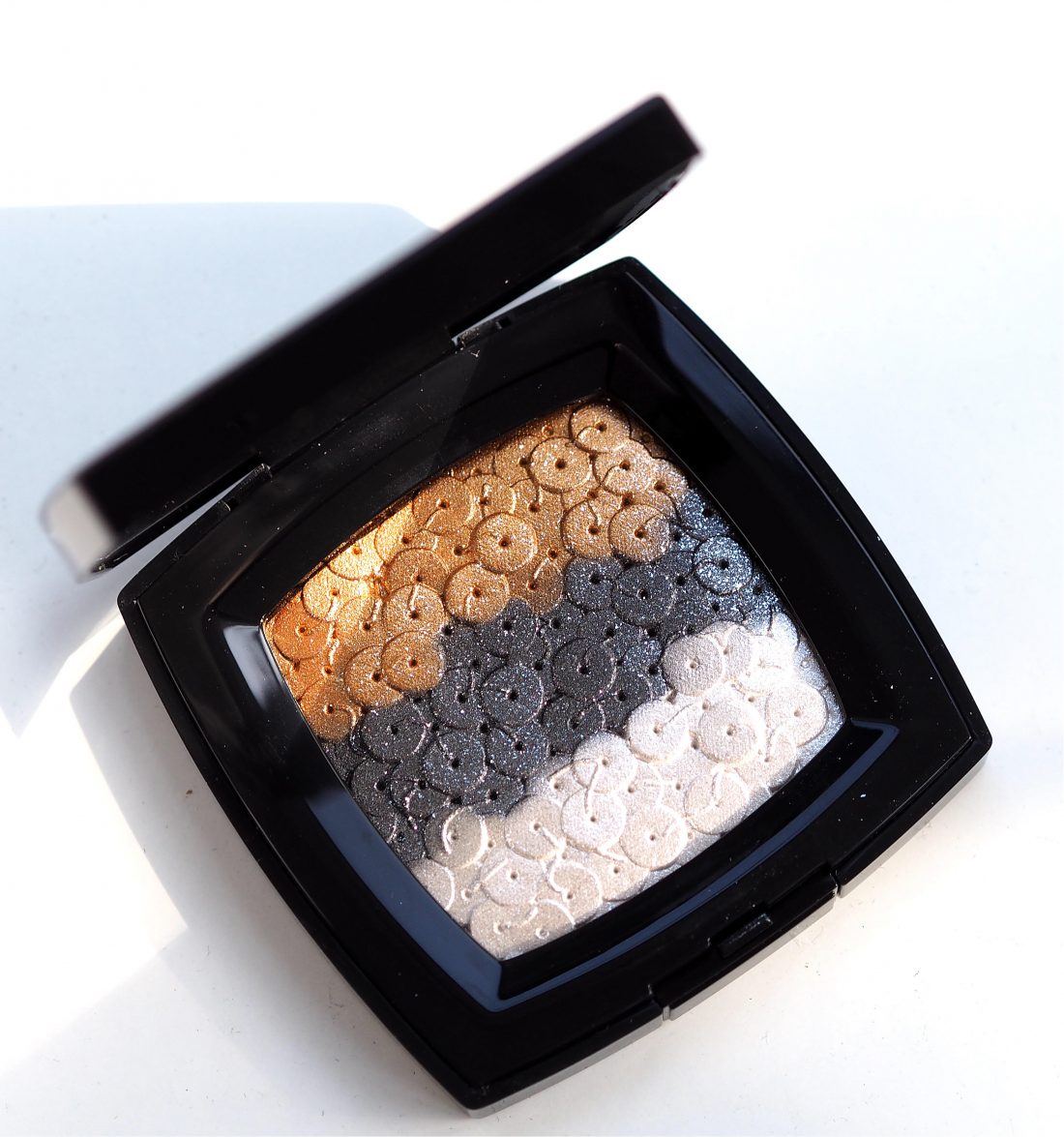 I can clearly remember going to Bond St to the Chanel offices (they’ve now moved) to pick this palette up but I can’t exactly remember why I had to go and fetch it. Or maybe I was passing and it was easier – I really don’t know – but I do know that I loved it on sight.

It’s just the most immaculate and precise detail depicting sewn sequins – if you look closely, you’ll see thread between each one. It was designed to pay homage to the master embroiders who create such detailed couture pieces for the clothing. There’s a YouTube video HERE from Business of Fashion that’s well worth a watch to see the embroiderers at work.

The only indication as to what lies inside is a golden glitter to one side of the box and silver glitter to the other – but otherwise, I don’t think you would even guess at the contents. You’d think it might be called something like Les Fabuleux de Sequins (literally, pardon my French!).

There was subsequently a pink toned illuminator with the same sequin detail that came out in 2013 but actually, I never saw it in the UK so perhaps it was a regional release. It didn’t have quite the same impact because the colours were more muted. I’ve seen Lumiere D’Artifice on eBay for prices ranging between £49 and £189 although I don’t know how much it cost in 2007. I’m finding it interesting, researching on line, that looking back on these beauty items is also charting the history of blogging – it’s really much harder to find out about products before blogs – so anything pre-about-2002/3 – and then suddenly I can find stuff after that date on US blogs only – because there were virtually no beauty blogs in the UK at that time until we get to about 2008 and then UK ones start to emerge a bit.