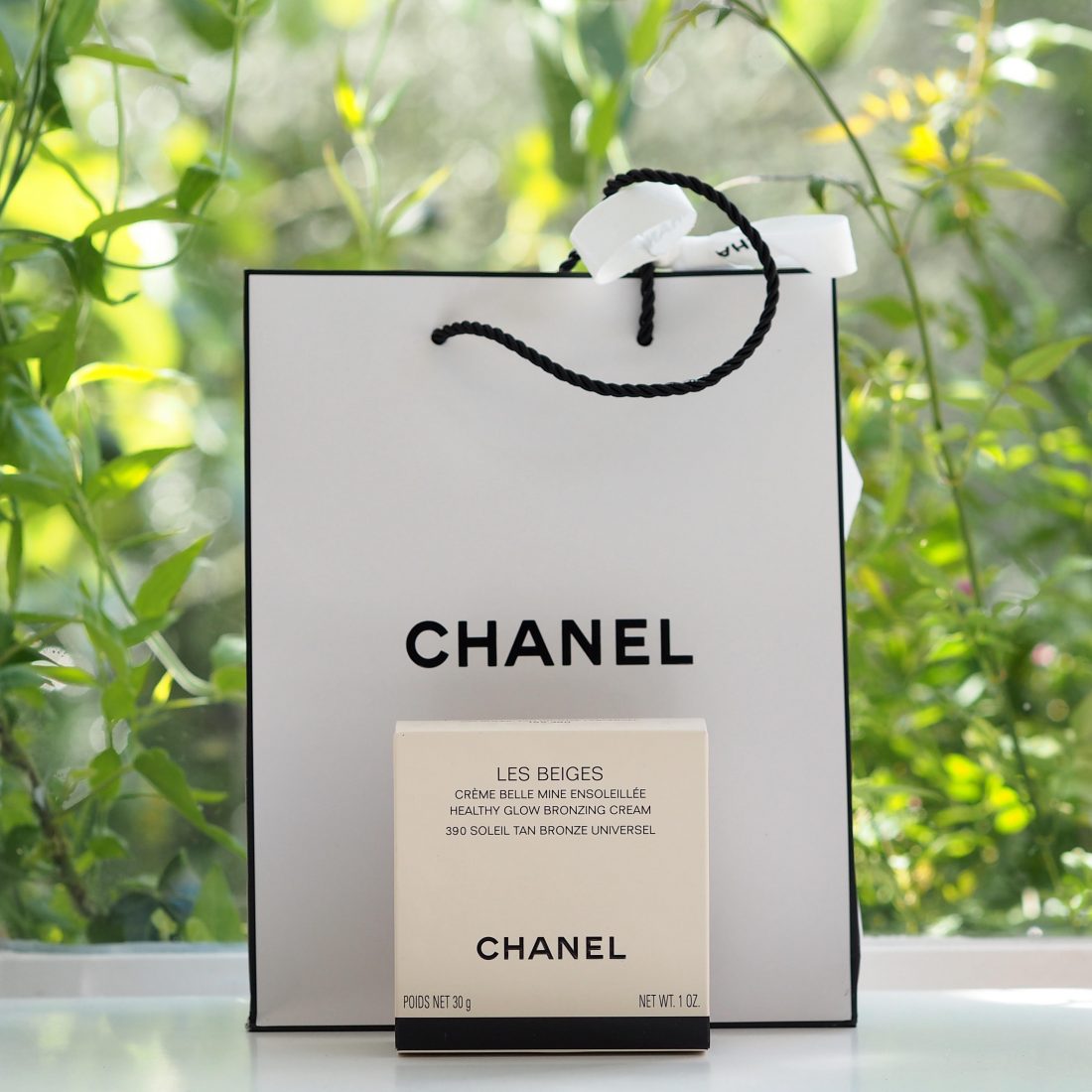 [unpaid/sample/affiliate/ad/sunglassesmyown] There has been all sorts of drama about the release of this product, previously known as Chanel Soleil Tan de Chanel. I feel like there are bigger fish to fry so there’s no drama here at the news that the formula now contains coconut oil which is thought by some to be comedogenic. To be honest, that detail is entirely dependent upon the skin you live in – if you know that it doesn’t suit your skin, then this is not the product for you. If you’re untroubled by it, then it probably is.

In many ways (probably not price wise though), it’s a starter bronzer – it’s so easy to use that it’s ideal for anyone who has hesitated at the thought of giving themselves a ‘healthy glow’ on the grounds that it can so easily go wrong. I find proper bronzing really difficult – all instructions say to add it where the sun naturally hits the face which is all very well but even a fraction too much and the result is similar to the familiar ‘ski-goggle’ eyes.

I tend to use bronzer only when my tone has warmed up – just like self tan, the look is more natural if there’s a base to start with. Actually, that’s reminded me – I’ve been using a face self tanner and am pretty pleased with it so I’ll post further into the week. There’s only one shade currently of the Les Beiges Healthy Glow Bronzing Cream and it speaks more to the ‘healthy glow’ than the ‘bronzing’.

It looks a little darker in this picture but honestly, it’s very much a suit-all unless you have very deep tones in which case, it’s not going to be right (so much for ‘universal’). On my tone – olive – it’s quite honestly perfect in just adding a nuanced warmth. I don’t even attempt anything clever with bronzer (such as contouring – argh!) and tend to use it on cheek bones with a nod at the 80’s sweep down the nose :-). It’s more or less weightless which suits me down to the ground and if you have a kabuki brush the breadth of the tub is ideal for getting a good sweep (or swirl) that you can then apply straight to the face with no fear of looking creosoted.

The swatch is straight from the jar in a swipe so I haven’t blended the cream in any way – I think you can see it’s a light enough shade that it diffuses to a natural finish. Despite all the drama-rama I don’t have a single complaint about it – I barely remember the original formula so can’t get on board with the minutiae but do bear in mind the coconut oil issue (which in any case the brand states is ‘non-comedogenic’ and gives the formula a beautiful glide). Finally, it’s described as a pearly bronze so expect a dot of light-catchiness although I didn’t find any! It’s £42 HERE, non affiliate HERE, and next best thing is MAC Studio Fix Perfecting Stick, £17.50 HERE, non-affiliate HERE, a couple of shades deeper than your natural tone and blended well. I’m re-reviewing the CHANEL face SPF later in the week – I just keep on going back to it.