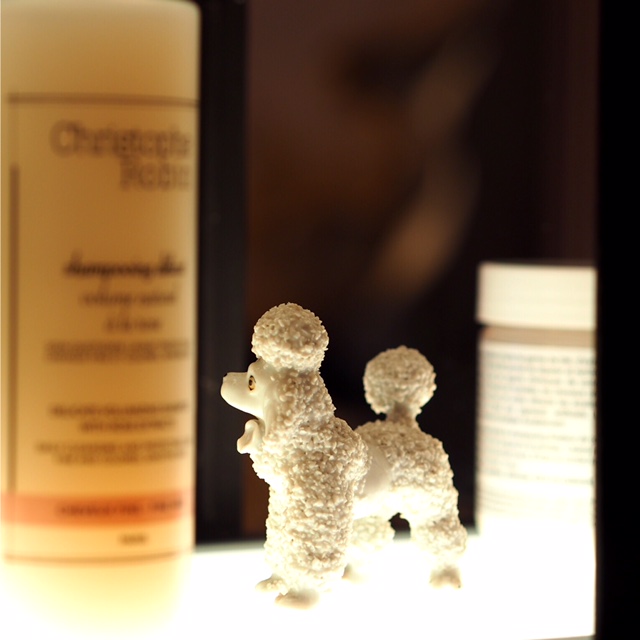 So, I skipped Wednesday Diary this week for a Thursday diary because I’m just back from a flying visit to Paris, courtesy of Christophe Robin (don’t worry, he’s heard all the Winnie The Pooh jokes… ).

I’ve been to Paris many times but always get drawn in to trying to cram in too much into too short a time. I really have no idea how to relax in Paris because although I’m no stranger to the city, there is a kind of ‘duty bound’ feeling to take in something worthy and educational, such as a museum or – the most obvious one – to go and stare at the Eiffel Tower (again). What this last 24 hours has shown me is that there are pockets, if you know where to go, that are off the tourist trail where you can be part of the city in a much smaller, more intimate way that’s truly both exciting and relaxing. I will say ahead, this isn’t a budget option – it’s definitely a splash out.

We stayed at the Bachaumont Hotel in the upper Marais district of Paris – this area has been pulled up by its bootstraps and is famous for its winding streets and food offerings. 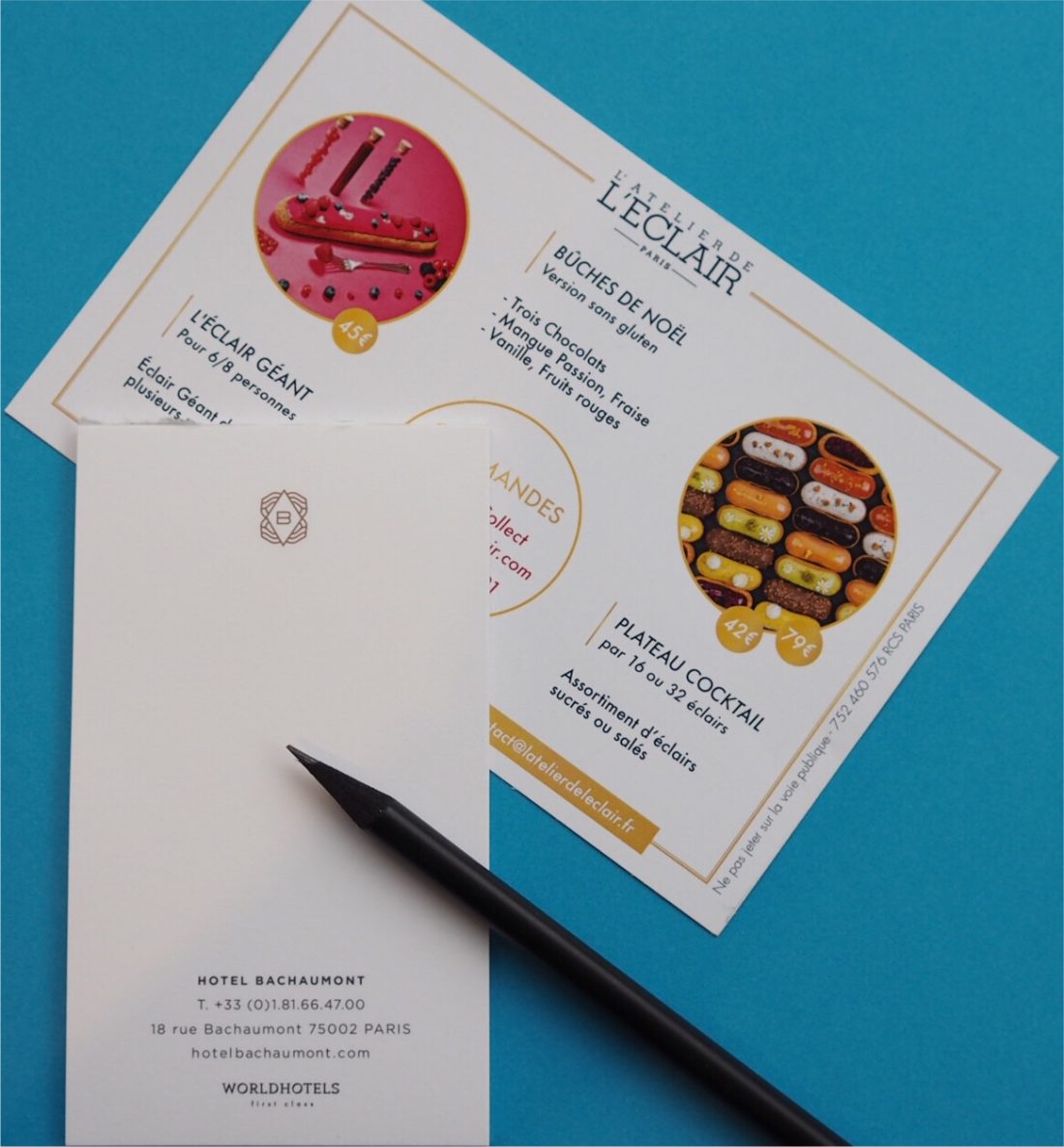 We were delighted to find a shop selling only eclairs – and the most immaculately presented, delicious ones at that – almost opposite. The hotel itself is relaxed art deco; there’s a touch of Dior about the grey walls and the white linens. My room had a tiny balcony with accompanying wrought iron work railings (and looked over into a fashion showroom which was exciting in itself!), and painted French doors into a compact white and grey bathroom. There was nothing to complain about at all!

Rue Bachaumont itself is about to turn super-trendy – next door on the right to the hotel is Nose, a boutique fragrance store that lets you discover your fragrance ‘prescription’ though a series of sampling, and to the left is the Christophe Robin salon and store. The Christophe Robin range is huge in the US and sells a storm at SpaceNK and online at Net-A-Porter and LookFantastic in the UK, but although I’ve been aware of the range for ever, I’ve never found a way to feel invested in it.

Christophe’s skill is as a colourist (don’t ask him to pick up scissors – he says he is no good at cutting!) and there are very few celebrities who haven’t had their tresses tended to by him over the years. Many go on to become trusted friends (he is excitingly indiscreet so I now know who does and doesn’t do the washing up when they stay as guests at his country home in Brittany) and those friendships have lasted decades. Without digressing from the point – which is to step out of the Bachaumont Hotel and step straight into the salon next door for a cut and colour or a blow dry – Christophe is one of those instantly likeable, generous-of-spirit kind of people and that’s significant because it translates to the atmosphere of the salon.

As someone who hates having their hair ‘faffed with’ I can honestly say it was all of the fun, speedy and professional but also relaxed. I had my colour revived, I think you would say, and the reddish tones taken out, followed by a blow dry and style and a quick fringe trim.

I know that many BBB readers don’t get along with silicones in their hair products so you’ll be pleased to know that Christophe’s range is free from silicone – even though my hair loves silicone for its shine-making and swishiness abilities, my hair was glowing with shine afterwards. It also looks different to any salon I’ve ever been to with décor intimate and opulent – a giant shell feature, Alber Elbaz ceramics and every kind of ornamental poodle you could hope to find. There are some cheeky pieces too so if you never want to know what a watering can with a willy for a spout looks like, best to walk on by. I’ll be reviewing a few of the Christophe Robin products, made in Italy at a factory that specialises in skin care and Christophe’s is the only hair range they produce, in a separate post but if you want a starting point, try Colour Fixator Wheatgerm Shampoo, £28 (HERE). They’re mostly all geared toward colour keeping so if you dye, it should be on your radar.

Lunch is easy – you are moments away from a cevicheria or any number of boulangeries, fromageries and specialist pastry makers along Rue Montorgueil or off any of its maze-like streets. If you really have to ‘see a sight’ it’s a 15-20 minute walk to the Louvre (or shorter to the Musee Carnavalet) but personally, I’d be nestled inside a specialist tea shop or sipping some hot and milky coffee just enjoying watching the world go by. The Upper Marais has, apparently, seen some tough times as an area. In its glory days, royalty and wealthy aristocracy settled there, and built bigger and more beautiful houses (when you walk, look up!). But, just as quickly and as a result of the French Revolution, it fell into disrepair with wealthy residents leaving in droves. I think you would say now it’s well on its way up again but hasn’t become so distinguished and expensive that there is no variety or character. You won’t be short of dinner options – we ate (lunch) at Restaurant Edgar (good for oysters); a ten minute walk or so away from the Hotel Bachaumont and easily recommended.

However, for dinner on this occasion, we headed by taxi to Cafe L’Homme, which directly overlooks the Eiffel Tower, this time surrounded by swirling, freezing fog. We had a kind and generous host in Christophe who wanted us to see the best of Paris, but it’s £££££ as they say in the guides! For the view and for the joy of sipping champagne on the sheepskin laden outdoor terrace (in winter) and the beautiful food – if I could go again, I would do so in a heartbeat. It’s really easy to visit a city and feel that somehow, you only saw the very obvious parts and never did quite understand the spirit of it. This little corner of the Upper Marais gives you the opposite feeling – it’s charming, a bit scruffy but detail and interest on every corner and I would go with a girlfriend tomorrow!