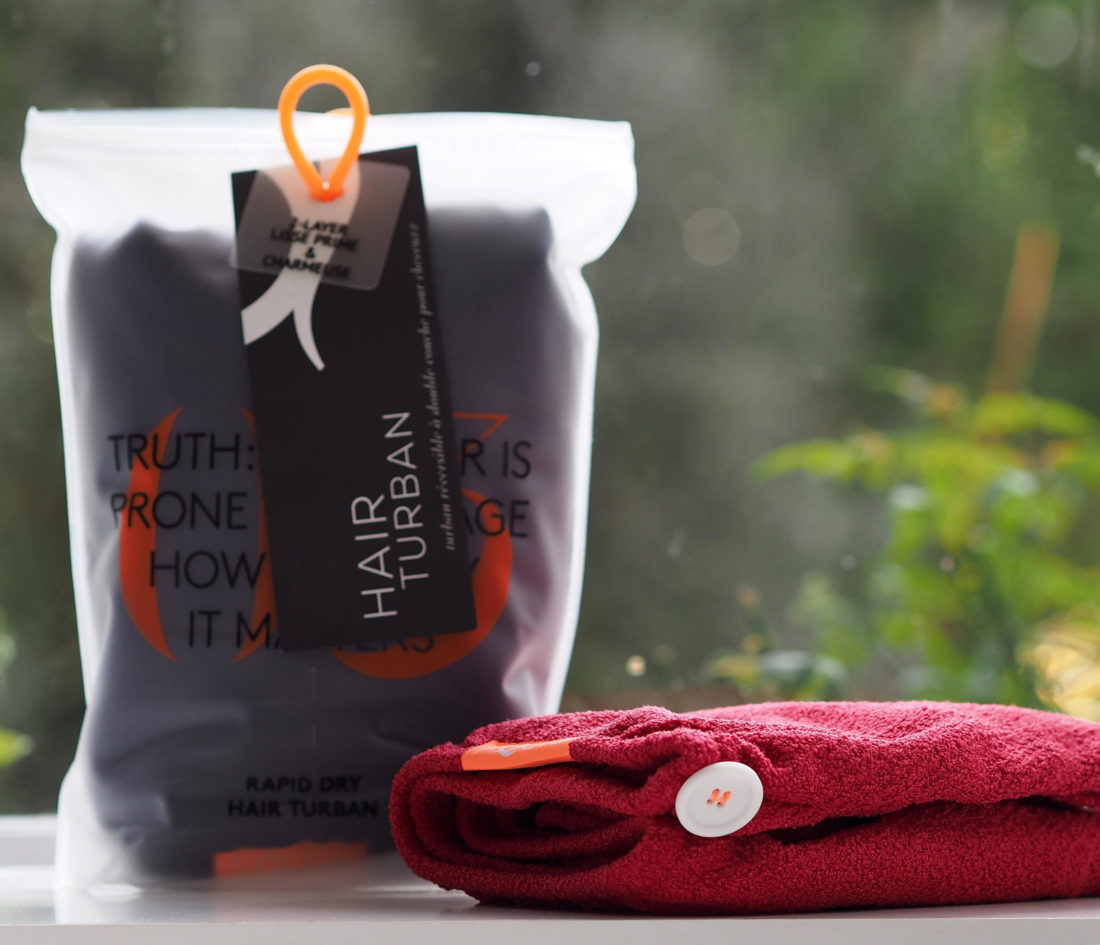 [unpaid/sample/affiliate/ad] It was only when I spotted a blogger friend on Instagram in her Aquis turban that I realised that I’ve had my trusty Aquis towel for at least ten years (it was founded in 1990 so it might be even longer). It’s really the unsung hero of my bathroom – I use it almost every time I wash my hair to wrap up the dripping strands and it truly sucks the moisture out so that I’m not squeezing and rubbing away before blow drying.

I can very well believe the brand’s claim that using a moisture-wicking towel or turban can cut down drying time by as much as 50%. Using an everyday cotton towel will soak up moisture, of course, but not to the same extent as the Aquis fabric (Aquitex) which is based on sports technology (sports clothes need to absorb sweat fast so your skin doesn’t chafe) and all you need to is squeeze your hair so it cuts out all the ruffling and rubbing and is overall much more gentle.

I’ve been sent the super-swish Double Turban in Midnight Blue that has a silky coat over the towel part – it’s very Margot Leadbetter – but I prefer the basic single layer in red. Overall, I like a towel better than a turban but the towel is dependent upon your own turban tying skills and mine invariably ends up askew.

The advantage of a pre-made turban is that it has a little button to harness it. These are expensive – £50 for the double turban but I’ve discovered that Look Fantastic has 40% off HERE making it £30. When I consider the use mine has had, it doesn’t feel nearly quite so pricy. If you don’t mind what colour you have in the single layer, they are now £18 from £30 HERE, and I would honestly say very well worth having … a decade of use supports the fact they last almost forever! If you want a towel, they’re also £18 from £30 HERE. There aren’t many beauty maintenance tools that stay the course in this way. If you have fragile hair, it’s even more worthwhile – I can’t remember who it was that said you should treat your hair the same way you treat your silk shirt – with gentleness, kindness and care and I do think the kinder you are to it the better really. These days, I would never scrub at my tresses with the same abandon I used to. Non affiliate link is HERE.