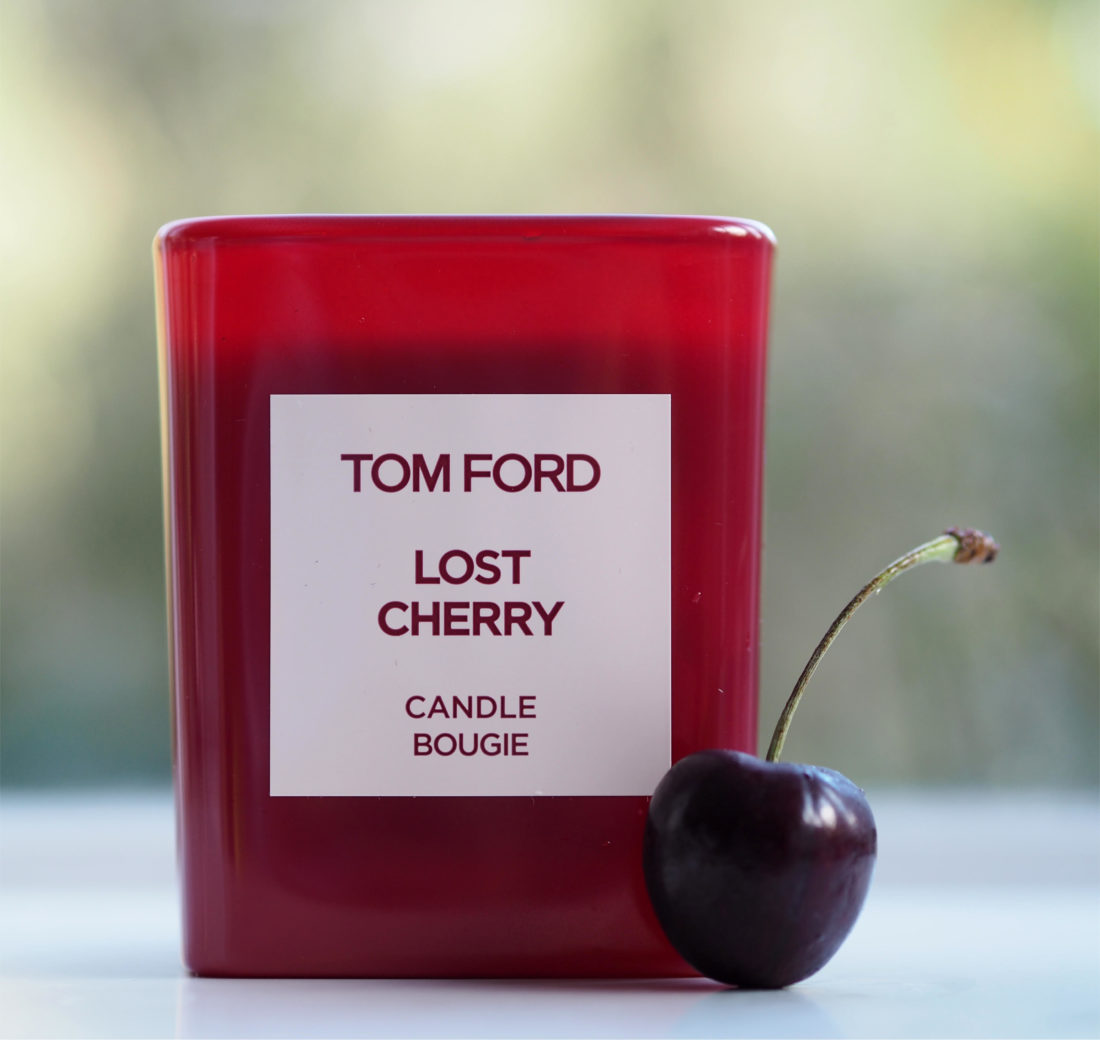 [unpaid/sample/affiliate/ad] You know when a fragrance just gets you? I smelled this maybe two years ago and have never, ever forgotten it. It laid such a strong olfactory impression that I don’t even need to think about what it smells like – I just know. However, although I’m very, very drawn to it, I’m still unsure that I want to wear it.

It’s a very, very rich and intense scent – like the chocolate mousse at the end of a meal when you’re already full but can’t resist anyway. A candle seemed like a good half way house to turn it on and off as and when. Even unlit, it gives off a huge amount of fragrance so I have it by my lap top and move it when I’ve had enough. But as is the same with anything deliciously indulgent, it’s hard to resist more.

There are a lot of notes to this, so let’s start at the top. It’s sour cherry, bitter almond, plum, griotte syrup (cherry liqueur which I now want to buy!) Turkish rose and jasmine sambac which give Lost Cherry its blast of fruitiness which IS cherry but not wholly. The syrup brings a lot of sweetness to the aroma which is also boosted by vanilla and tonka bean. However, there are also notes of balsam, benzoin and cloves which give it an incense backdrop – before we start on the cinnamon, sandalwood and patchouli. As I say, it’s a LOT – sumptuous, voluptuous and seductive. Maybe like the bad boyfriend you know you should steer clear of but somehow end up coming back to time and again :-).

I notice that there is now a smaller version of the fragrance for £56 HERE, which may be the thing that tempts me into owning it – I didn’t want to spend £200+ on a fragrance that I have such mixed feelings about. As things are, the candle is £98 (sent by SpaceNK not the Tom Ford office) but I feel maybe this is a once in a lifetime fragrance – I think of it often and yet (til last week) didn’t own it. It’s HERE, non-affiliate HERE. I think you’ll find it intoxicating if you are seduced by big fragrances that are impactful and powerful – trust me, you only need a little of it so despite the price it will last a long time. It’s a signature fragrance – one that people will remember you for, an ‘oh wow’ rather than a ‘that’s nice’. When we are back in circulation I’ll be interested to see what impact it has for others when they encounter it on you – my intuition tells me it’s probably ridiculously sexy.