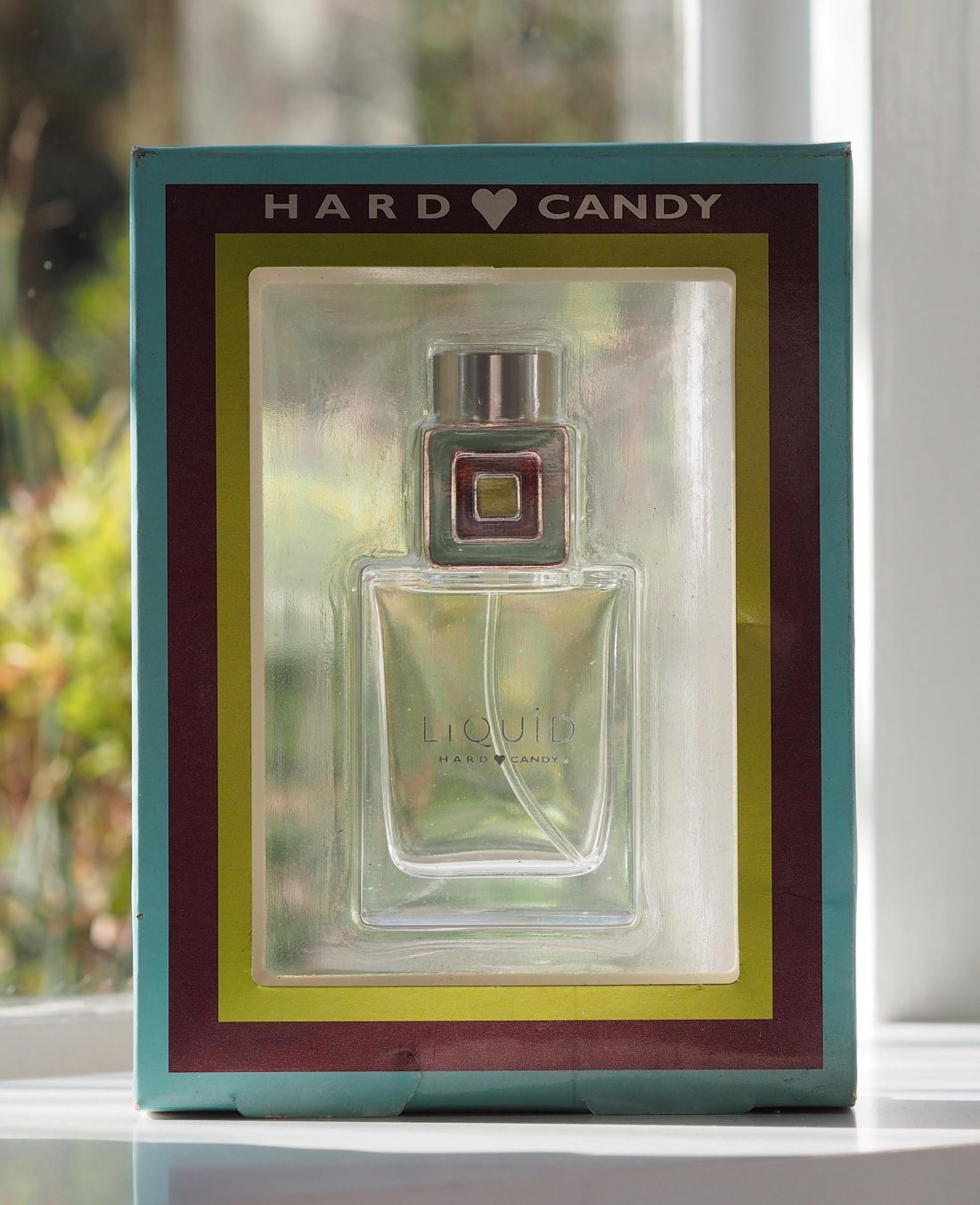 Who remembers Hard Candy? The brand launched in 1995 with pastel nail polish and almost immediately shot to fame when Alicia Silverstone was seen wearing the pale blue shade, Sky, on a US talk show. Just four years later the brand was bought by LVMH (Guerlain, Givenchy, Dior and more) who didn’t waste much time in formulating fragrance as part of the brand. Their first perfume, Liquid Hard Candy, arrived in 2002.

I think I knew but had forgotten that Dineh Mohajer, Hard Candy co-founder, more recently founded the make up range, Smith & Cult. Her sister, Pooneh Mohajer, with whom she founded the brand owns Tokidoki. Hard Candy still exists as a brand (it’s owned in partnership with Walmart and has been through several sales, leaving LVMH in 2009. If you remember the original nail polish bottles, you’ll know they all came with wearable ring around the base of the brush handle so you can see the same reference with the fragrance – that enamelled square comes away to be a ring. You might not remember that the brand introduced Candy Man in 1997 – a nail polish range for men in greens, blues and gold with a petrol like light effect shot through.

Eighteen years later, this fragrance still has some aroma to it. The composition is fruity and sweet with pear, mandarin, a lot of musk and florals and a little bit of spice. But, what I can smell now is a kind of blackcurrant-esq fruity, vanilla arrangement that lasted really only about half an hour on me (but I was impressed it stayed that long!). I’ve seen on the USA eBay that these boxes go for around $80 but I don’t know the exact original price other than finding references to $15 and $20. So somewhere in that area.