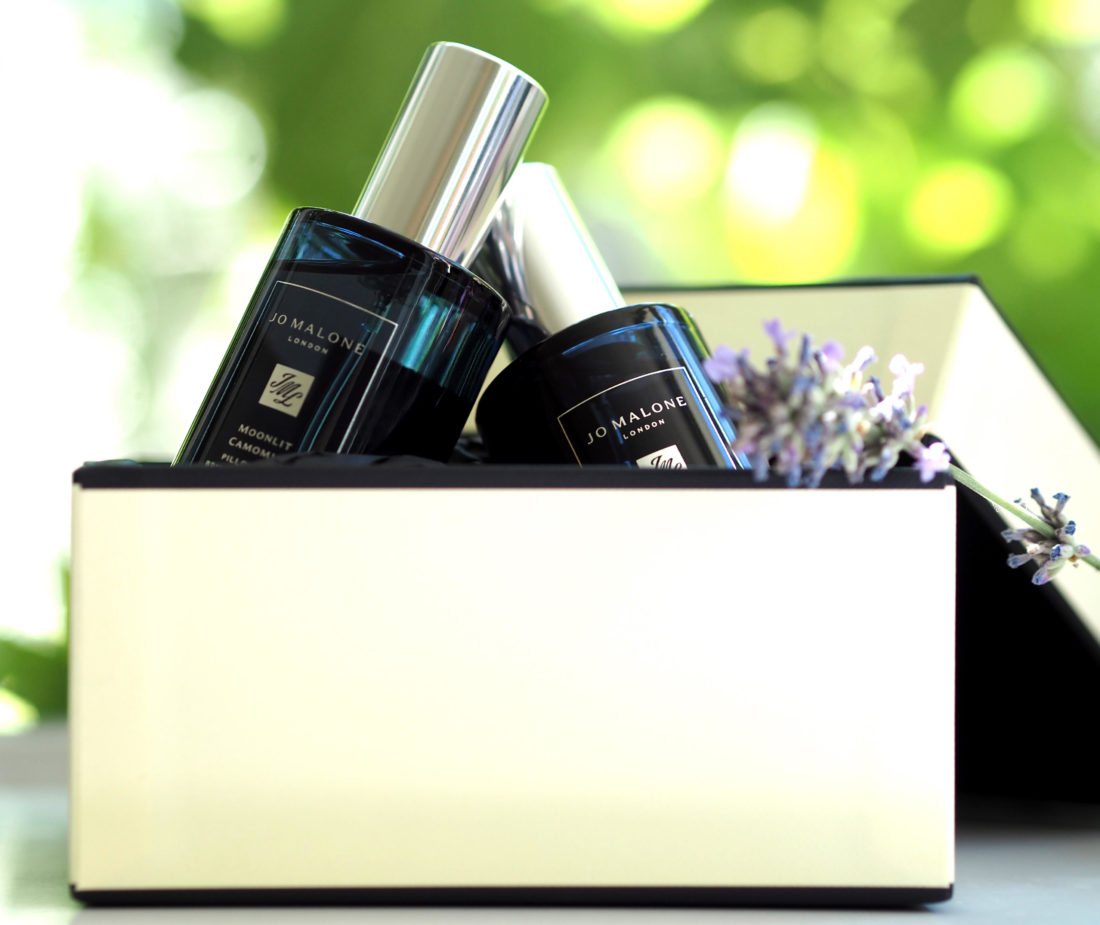 [unpaid/sample/affiliate/ad] Not being able to sleep is infuriating and frustrating – I really try not to get stressed out about it because that’s a route to absolutely nowhere and do something productive or distracting. I know I’ve mentioned podcasts before now but its something that works for me – I discovered a new one called Phoebe Reads A Mystery where Phoebe, who has an especially soothing voice, reads aloud all sorts of books (not just mysteries) such as Moby Dick, Sense & Sensibility and Little Women in 20 minute chunks. I rarely get to the 20 minute mark. Making your environment ready for sleep is important too – I read all the stuff and realise that a lot of it isn’t practical and you can get so wrapped in the detail what you’re supposed to do that it feels onerous. Easy things to do are have a bath or shower before bed with something that’s soothing or that you associate with relaxation, logging off in good time and turning your phone either off or to silent. I like the premise of a pillow mist that triggers your olfactory recognition so when you hit the pillow, you know it smells of sleep.

The Jo Malone London Lavender & Moonflower and Moonlit Chamomile pillow mists are both soothing scents – to me, they both have undertones of sleepy skin – it’s a familiar warmth that’s nurturing and calming. I am not a chamomile fan but this is an exception. 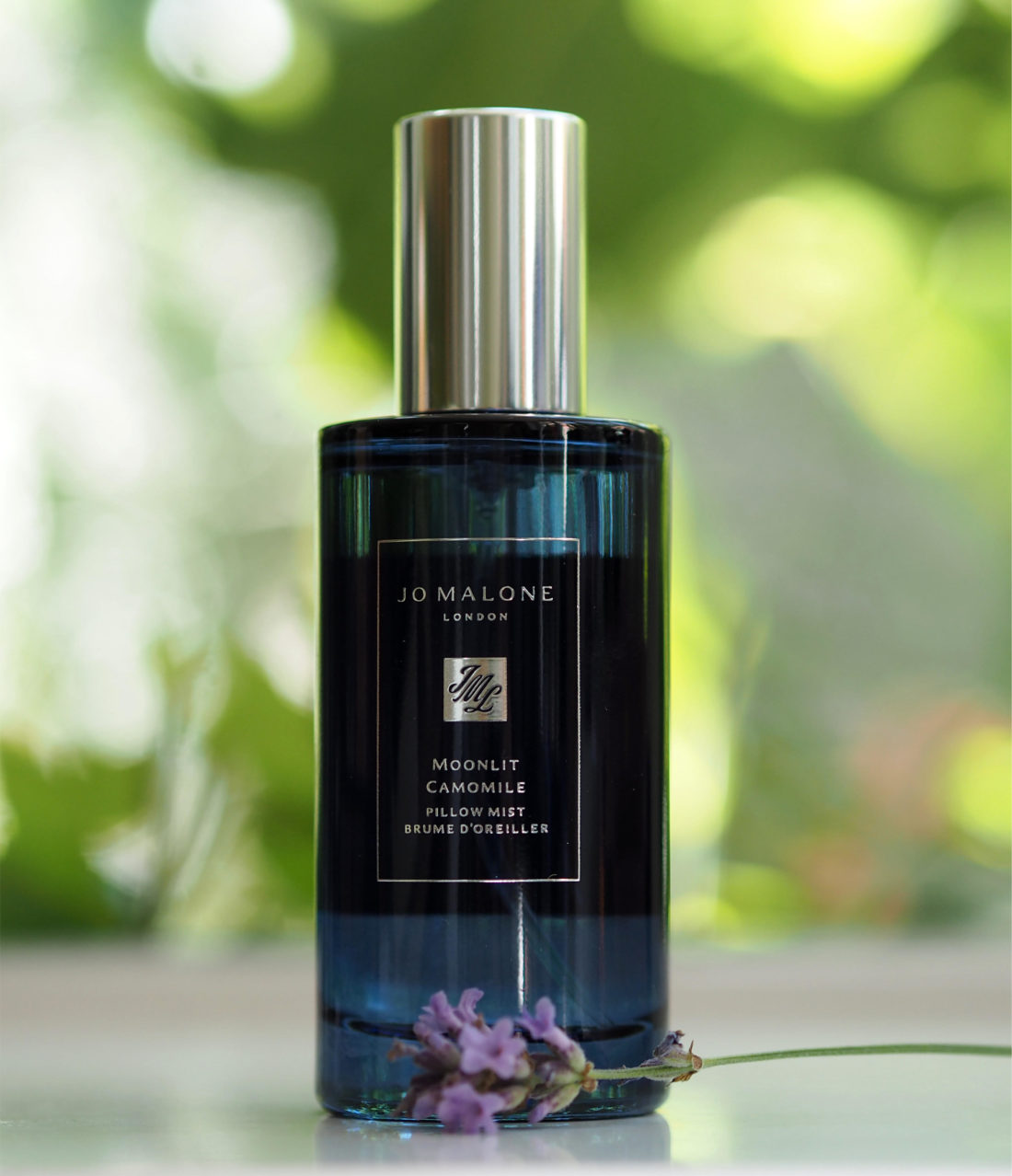 Moonlit Chamomile is much fresher than other chamomile notes I’m used to – it’s smoother and sweeter without the notes of ‘barn’ that it often comes with. There are notes of Moonflower but I don’t have a reference point for that because I’ve never smelled it before but I am definitely detecting night bloom aspects to the mist. You can spritz this anywhere really – bedding, pyjamas, pillow cases or teddy bears! Keep it by your bed to top up when needed – especially in the wee small hours and while it’s not officially sanctioned by the brand I’ve got it on my skin as I write with no ill effects. The crook of your elbow is a good spot to place some especially if you sleep on your front. 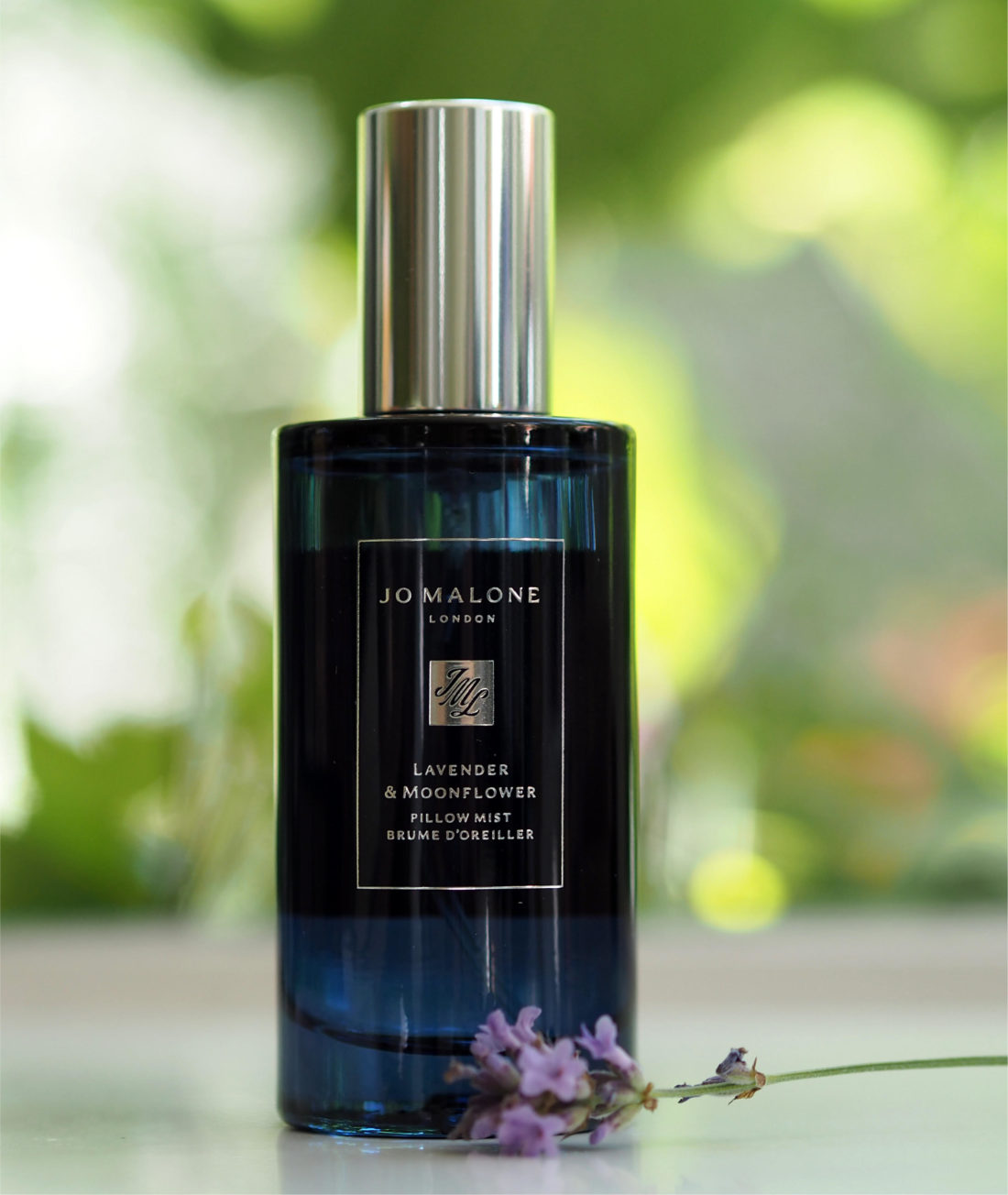 Moonlit Lavender & Moonflower is – obviously – more floral and perfect for anyone who can only take a bit of lavender. It’s sort of a catch-it-while-you-can sort of lavender – there in small drifts and sometimes not there at all but flowing beautifully through the underlying notes of white musk and moonflower. Both the pillow mists are formulated not to stimulate or trouble the senses but instead to lie beside you as a peaceful presence. They made me wish for winter nights where I could spritz my blanket and snuggle down into it. Definitely a luxury buy at £32 each HERE but also, a night time treat that could wrap your senses in what they need to settle.