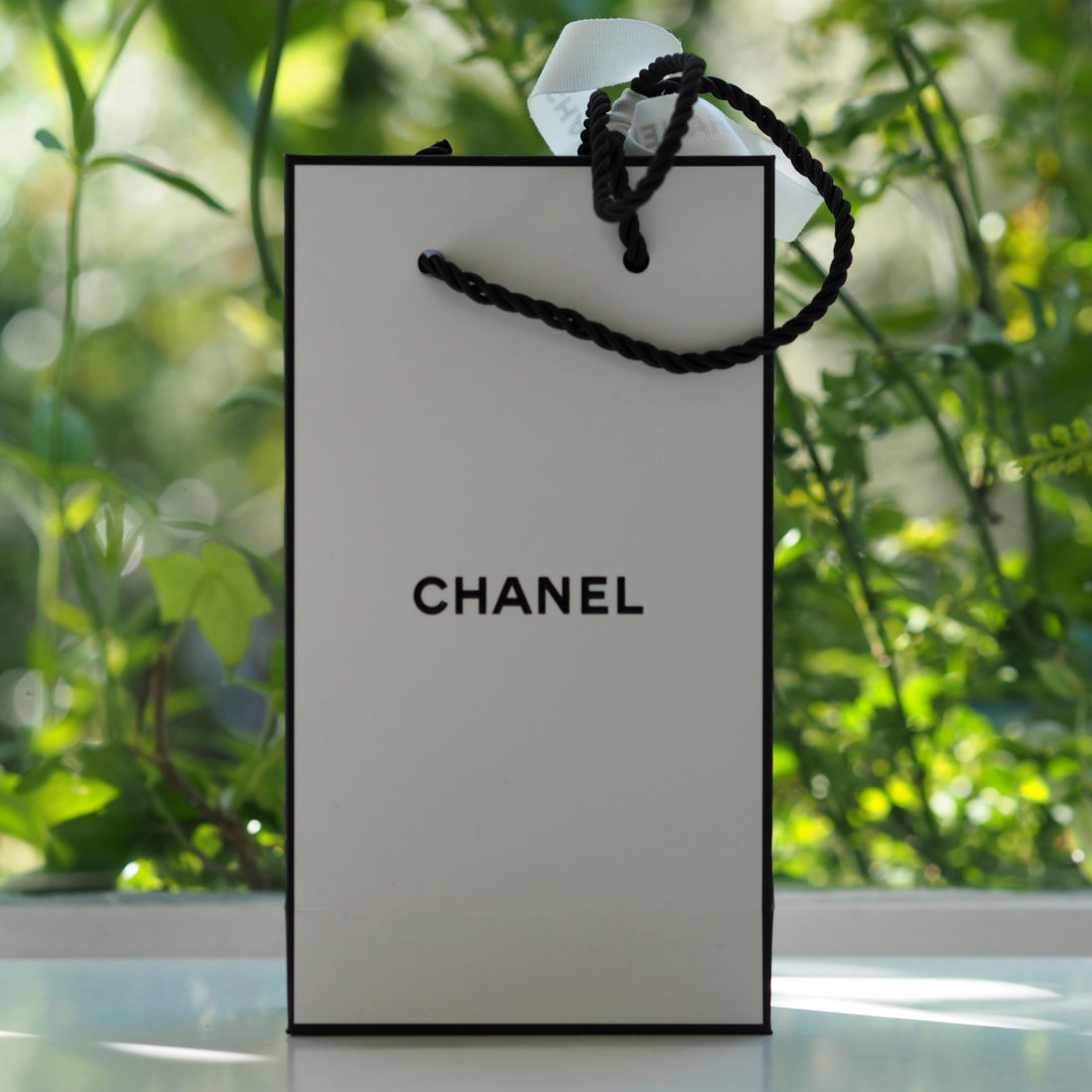 [unpaid/sample] As a brand, CHANEL has a long history with Scotland – from 1924 when Coco Chanel met Hugh Grosvenor who introduced her to the Scottish Highlands and moors. How handy to meet a Duke with a 100,000 acre estate not least because it led to a love of salmon fishing (I didn’t this about Chanel!). He also gave her a house near Lairg to decorate to which she added French block print wall paper.

Fast forward to 2012, Karl Lagerfeld brought the catwalk to Linlithgow Palace (birthplace of Mary Queen of Scots) finishing the night with whisky and haggis for his guests. The House of Barrie produces cashmere for CHANEL – it’s in Hawick, not far from where I was brought up, and we made many trips there to the cashmere shops. Our favourite (because it had actually ‘trendy’ designs rather than the twinsets that everyone else had) was near the Co-op – it probably still is but it’s been so long since I’ve been. It’s so surprise that Paris-Edimbourg joins the line up of Les Eaux de Chanel.

CHANEL Paris-Edimbourg Fragrance is a woody aquatic water. It’s lemony on the opener but very quickly becomes powerfully smoky and woody – the change is rather dramatic – being both fresh and powerful at the same time.

If you like woody notes, this is dry cedar – and it’s very dry. There’s a lurking whisper of gin (thank you juniper) that trails through the smoke and I really do see how the perfumers have connected up the earthy moor scent and something rather urban.  Edinburgh was not known as Auld Reekie (old smoky) for no reason – smoke from open coal and peat fires would linger over the city in the 1700s.

CHANEL Paris-Edimbourg Fragrance won’t be for everyone despite being distinctly unisex but it will provoke attention. If you can settle yourself into a single malt by an open fire under the stars, it will be the perfect companion. It’s £112 HERE.