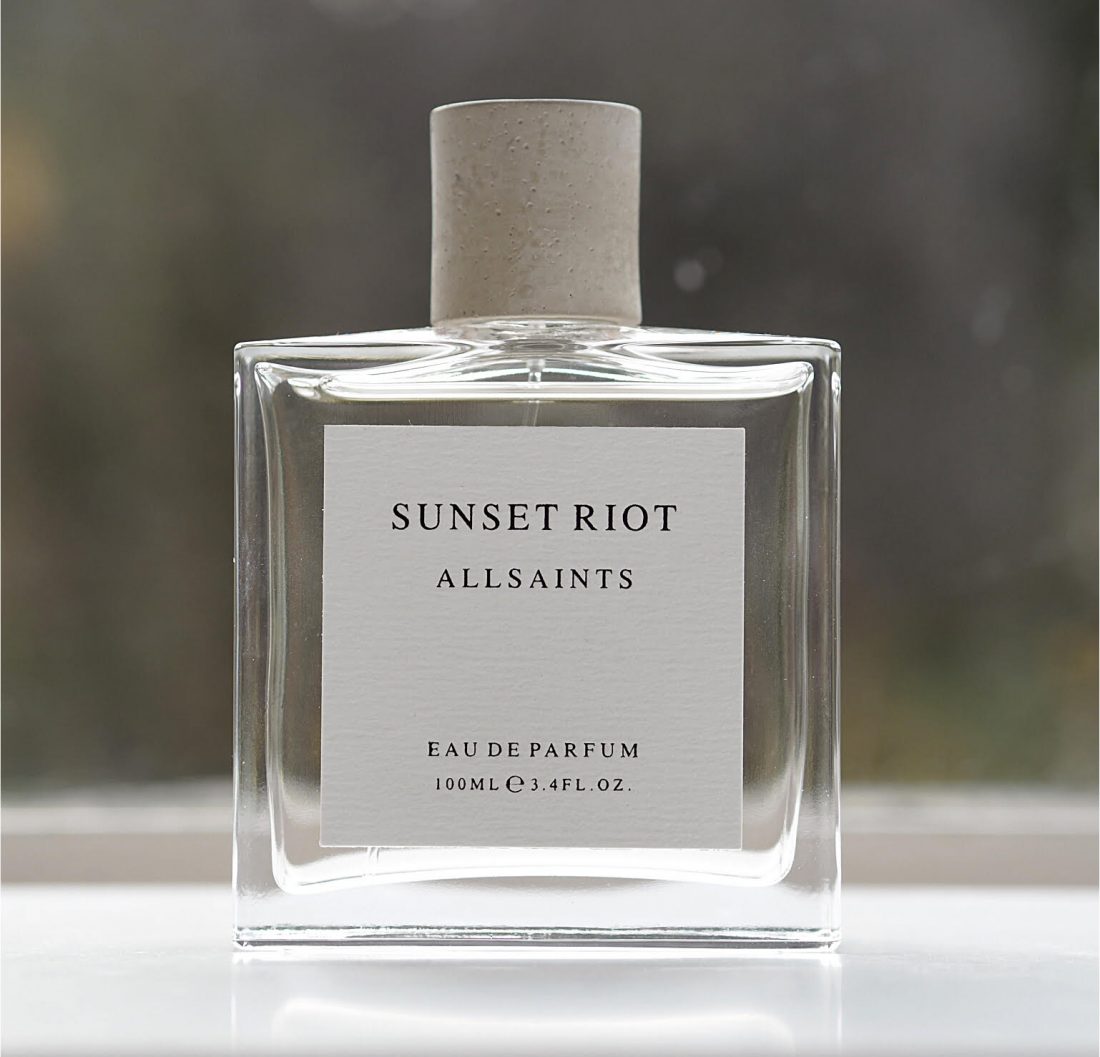 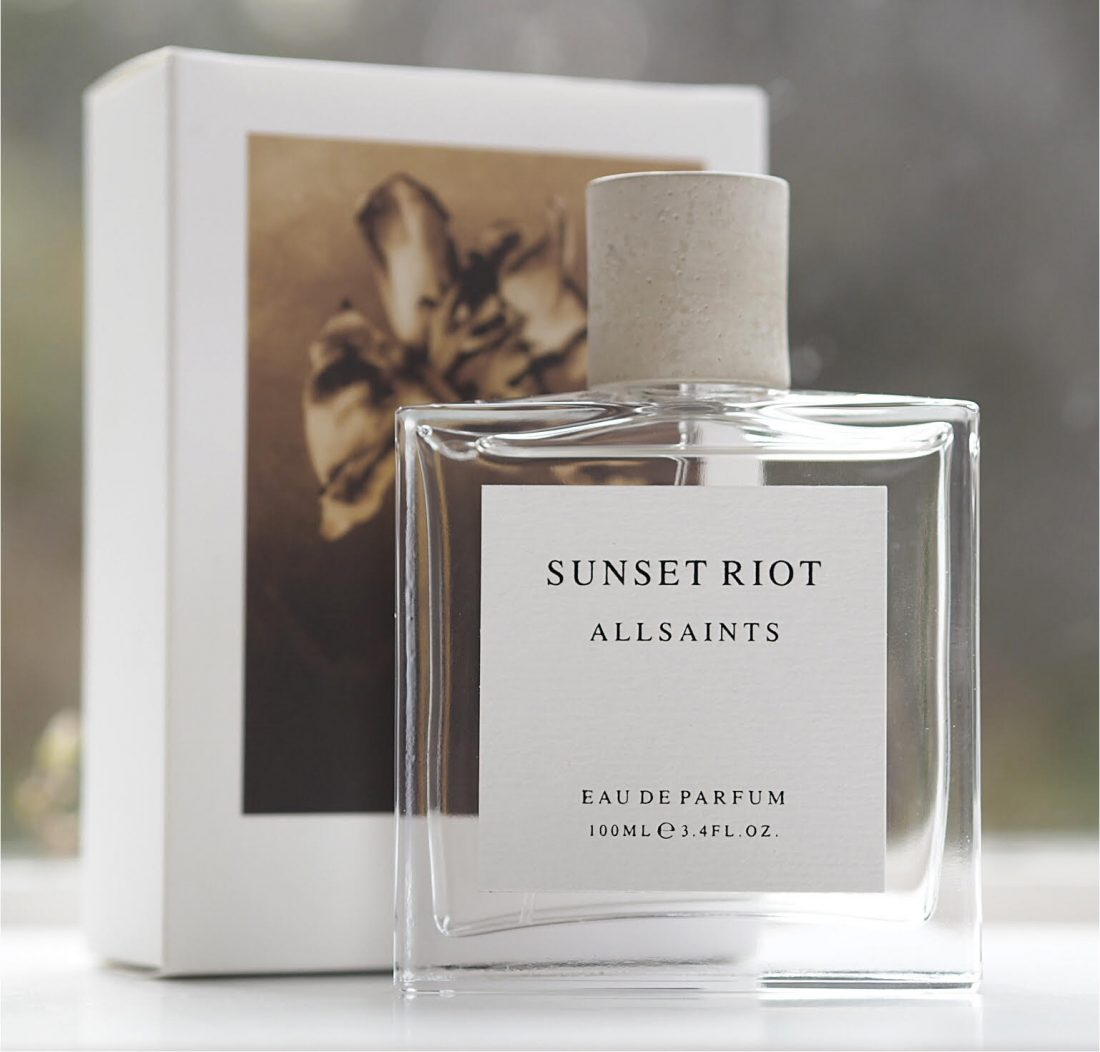 [productsample/affiliate] This is the second of the new AllSaints fragrances that I’ve tried – my post on Metal Wave is HERE. The fragrances are constructed to the concept that opposites attract, so a nice peaceful sunset, with a riot of noise or colour, or people, I suppose, is the idea here. The other thing to note is that they’re unisex so they don’t fall too traditionally feminine or masculine which is still a relatively new concept. We’ve had years of very definite gender assigned fragrances so the idea of unisex being an everyone-pleaser is something our noses have to get used to. I think the next generation may not be quite so imprinted on what is masculine and what is feminine and have a much more fluid concept of perfume in general.

To my nose, this isn’t as impressive as Metal Wave. Sunset Riot is a woody floral with a predominant note of pink pepper which translates as a rosy floral. However, there is a LOT of wood (cedar) in this that makes it earthy and muted when really I wanted more rose. Orange flower is there as well and I can pick it up – more so on the dry down and as time passes, actually, but I think I’d really have preferred it the other way around with rose and orange at the very top and the wood playing a much lower key part in this. I think it’s too ‘masculine’ and I’ve noticed in unisex fragrances in general that it’s the traditionally feminine notes that have to play a lesser part. I’m not sure why – manning up a fragrance to make it unisex is just, well, messed up now I think more about it!

However, wherever your gender status falls, these do feel like well constructed, on-brand perfumes that will suit the AllSaints audience down to the ground. I’m looking forward to seeing more which I am sure are being plotted right now. Sunset Riot is £49 HERE Non Affiliate HERE.